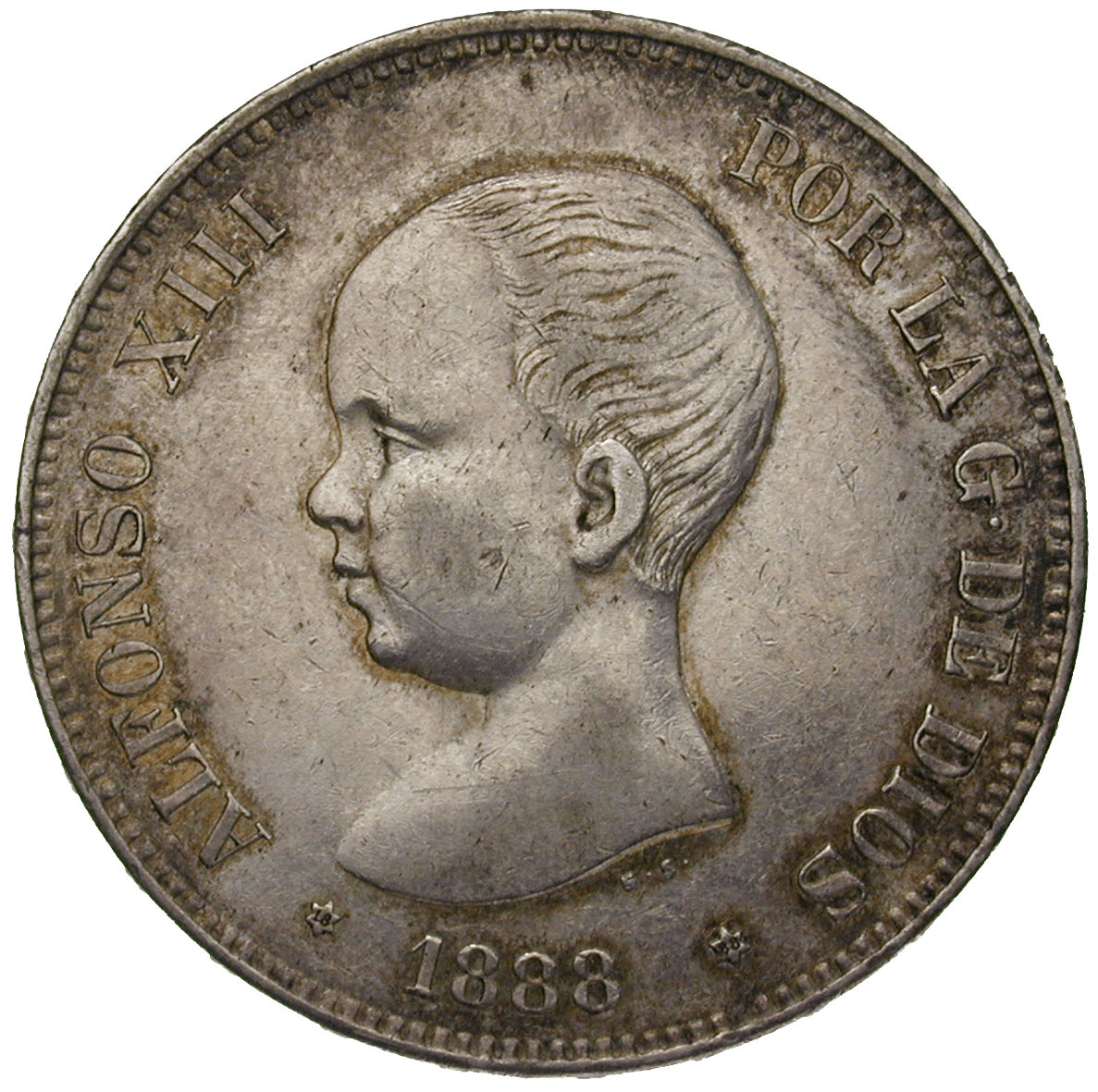 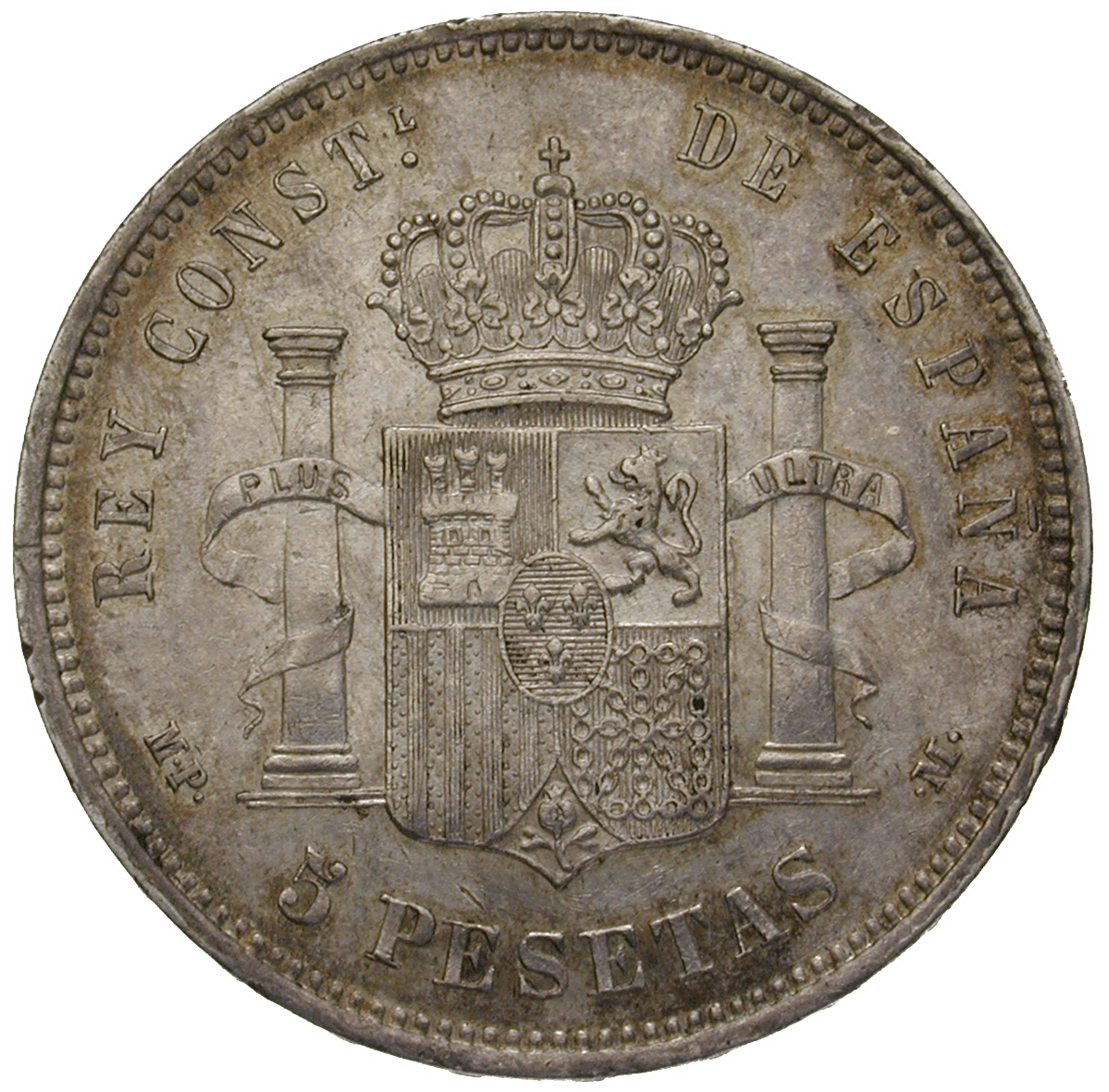 King Alfonso XIII (1886-1931) was one of the youngest kings ever to be depicted on coins. After the early death of his father Alfonso XII, Alfonso Junior was proclaimed king of Spain at the age of only six months. In 1888, the first coins with his portrait were issued. On this 5-peseta coin the little boy is just about three years old.

The reverse of the coin depicts the Pillars of Heracles, which are part of the Spanish coat of arms. According to the antique legend, Heracles (the Roman Hercules) erected a pillar on both sides of the Strait of Gibraltar after the completion of his tasks. These pillars were meant to mark the end of the world – 'non plus ultra' said people at that time: nothing further beyond. Charles V, in whose realm 'the sun never set,' changed this slogan into 'plus ultra' (further beyond).