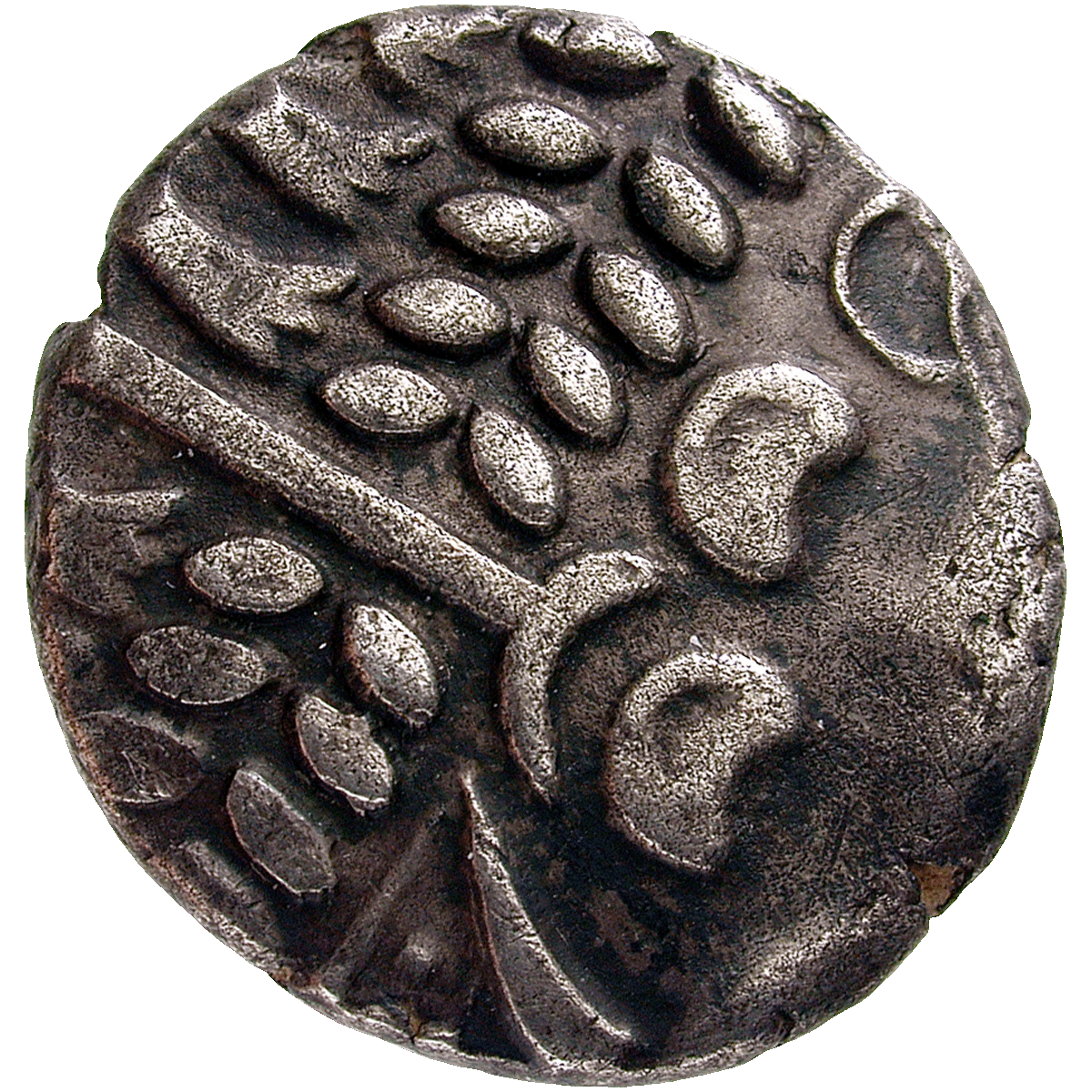 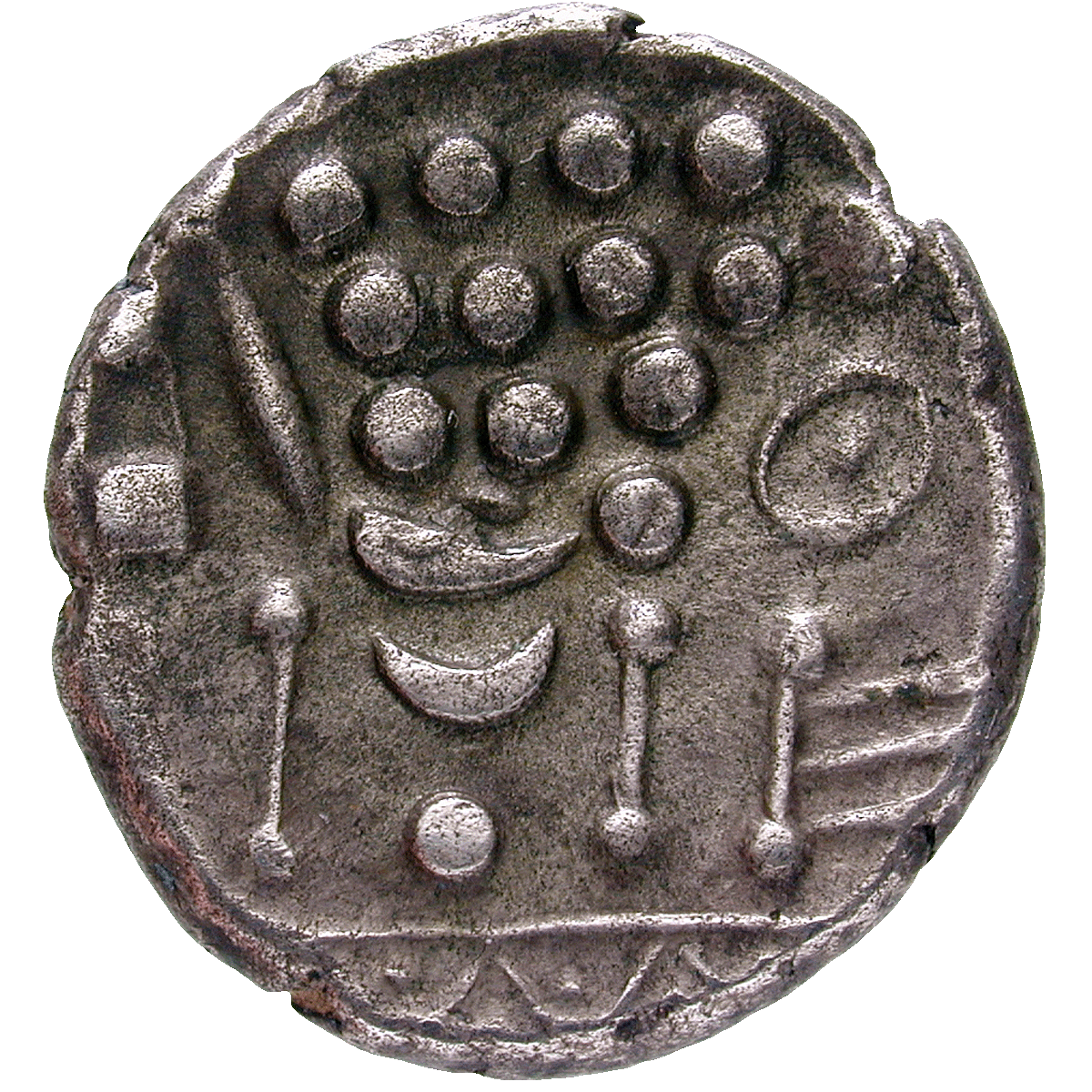 What we know about Britannia in pre Roman time basically all derives from Julius Caesar's comments on the Gallic wars. Caesar reported that the Britannians had coins from gold and copper as well as standardized lead bars for money. Coin had been imported by the first wave of emigrants from Gaul.

Perhaps as a consequence of strong inflation, the metal of the Britannian coins deteriorated rapidly. Former gold coins soon were made from electrum (an alloy from silver and gold), then they were debased to silver and then to potin (copper, tin and lead); ultimately, Britannian coins consisted of miserable tin alloys. Simultaneously to the debasement of the coin metals, the images were radically dissolved. The motifs of the head of Apollo on the obverse and the horse on the reverse, which were used as models for this coin of the Durotriges tribe, are dispersed into single dashes and dots.