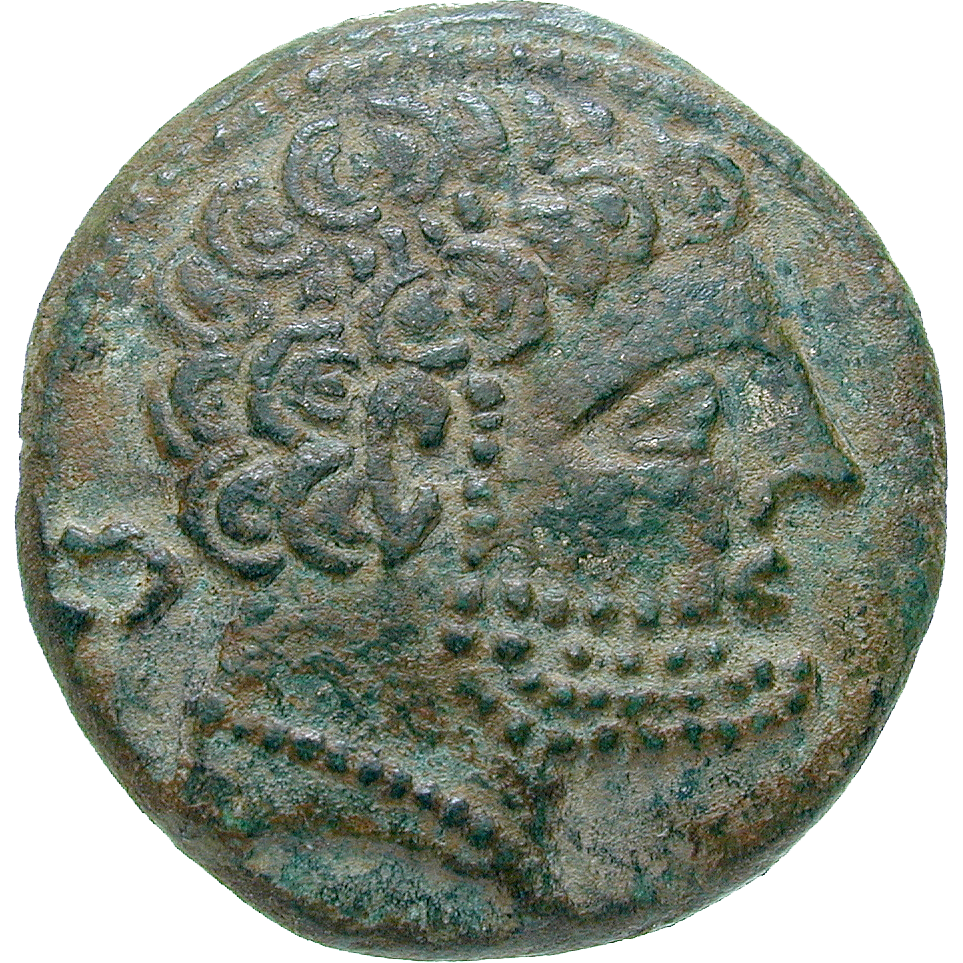 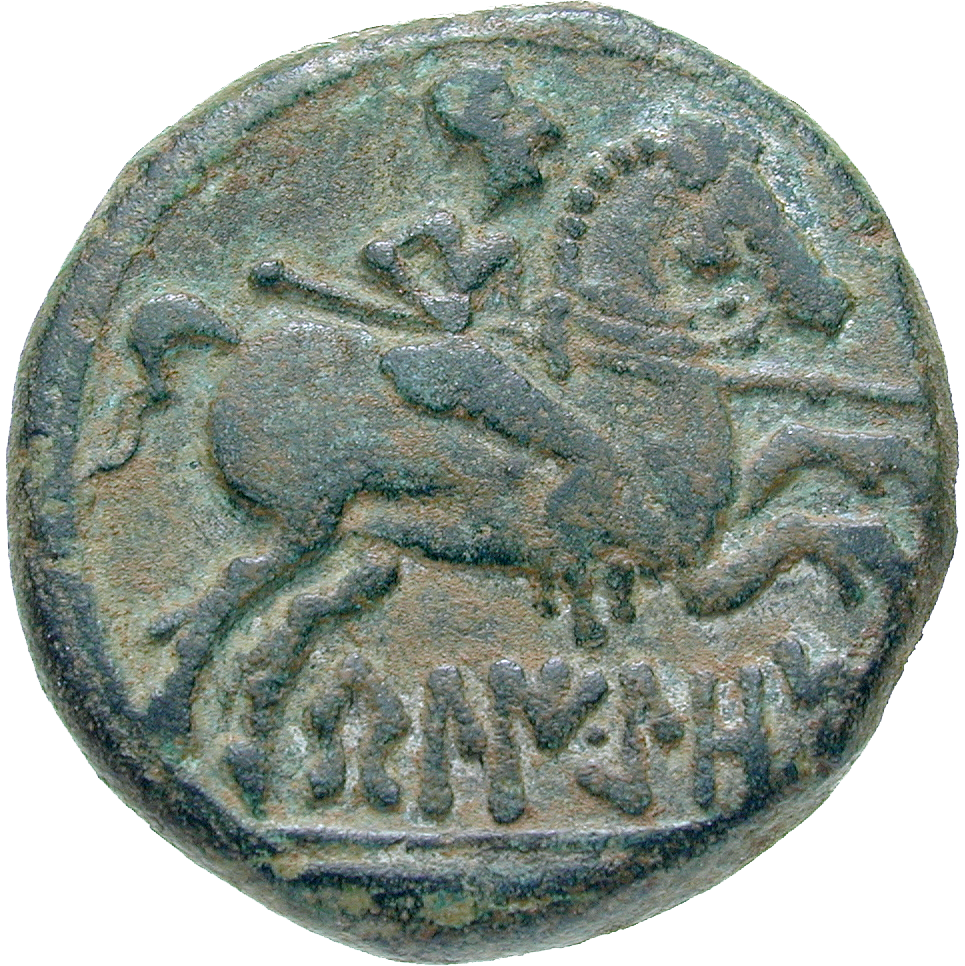 This bronze coin, whose denomination is unknown, was minted during the 2nd century BC on the Iberian Peninsula. The bearded man, who also appears on Iberian silver denarii, has a Greek look about him. His pointed nose is somewhat reminiscent of Perseus. The Greek colonial cities in Iberia obviously exerted an influence on the style of the Celtiberians over the centuries. The reverse depicts a horseman with a lance; this motif harks back to the Roman denarii, which for a long time bore the Dioscuri Castor and Pollux on horseback.