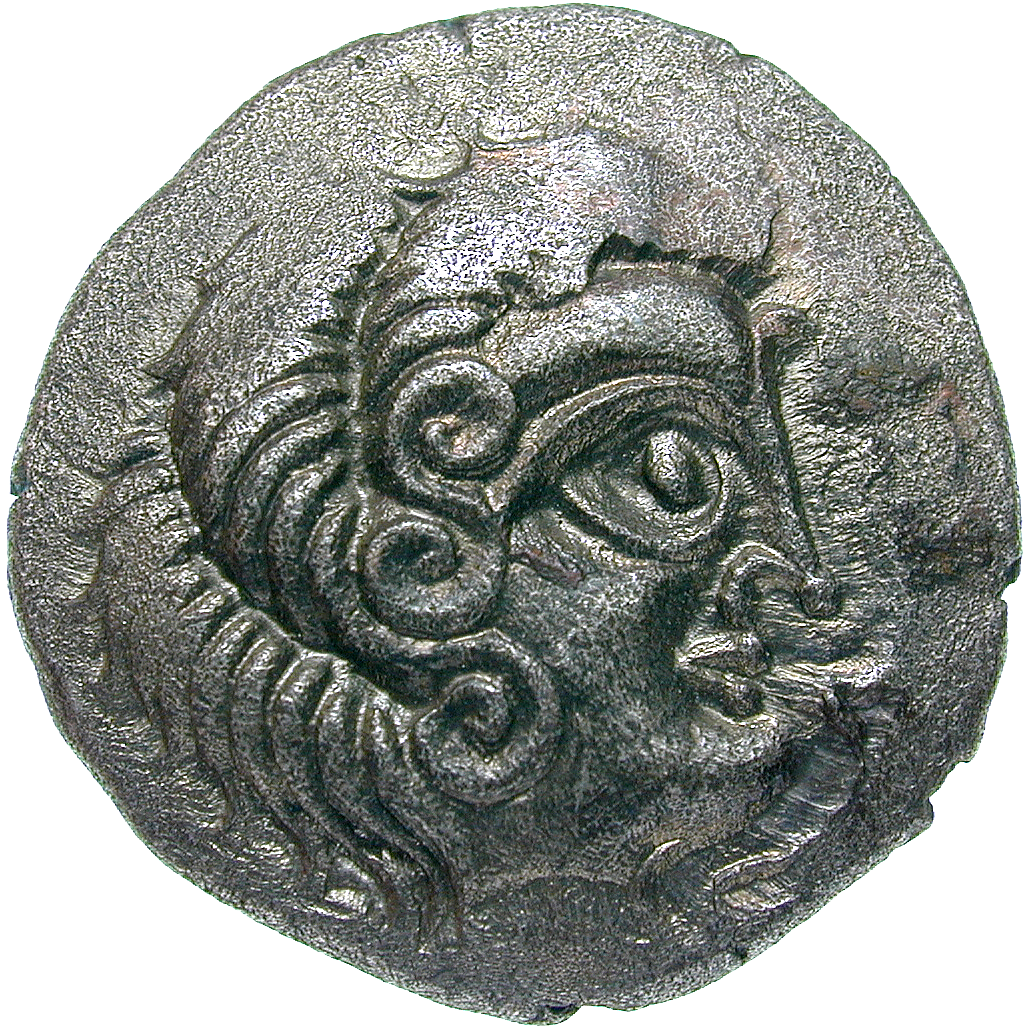 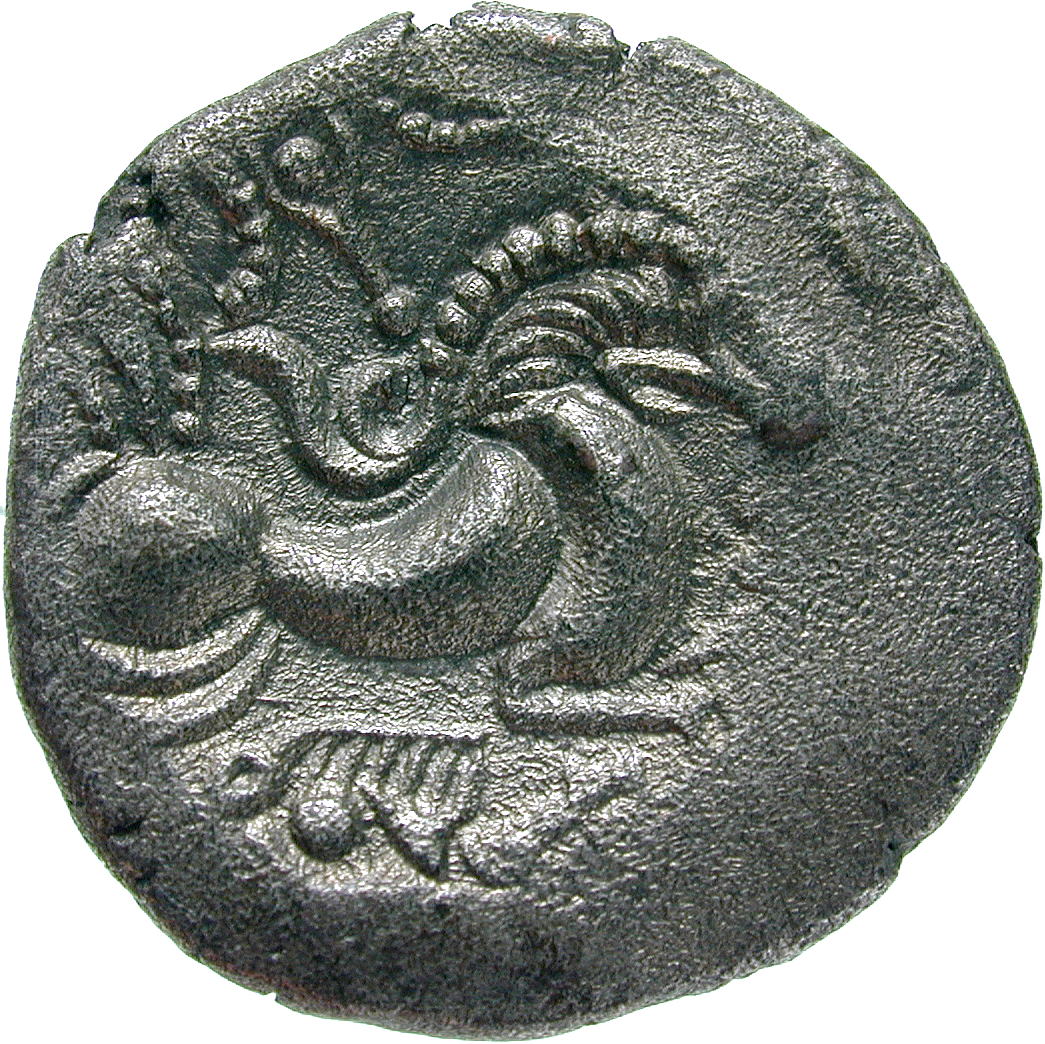 The coins of the Celts were not independent creations but imitations of popular foreign coins. In the course of time, however, the copied images became more and more abstracted and 'Celticized.' Simultaneously, the fineness of precious metals was reduced.

This stater is very typical for this development. Its archetype was made from gold and showed the juvenile head of Apollo on the obverse and a charioteer on the reverse. The imitation was made from billon, an alloy with little silver and a high base metal content. The head on the obverse is highly stylized, and the reverse shows an abstracted horse with its rider. The inscription of the original stater has altered to dots and lines.