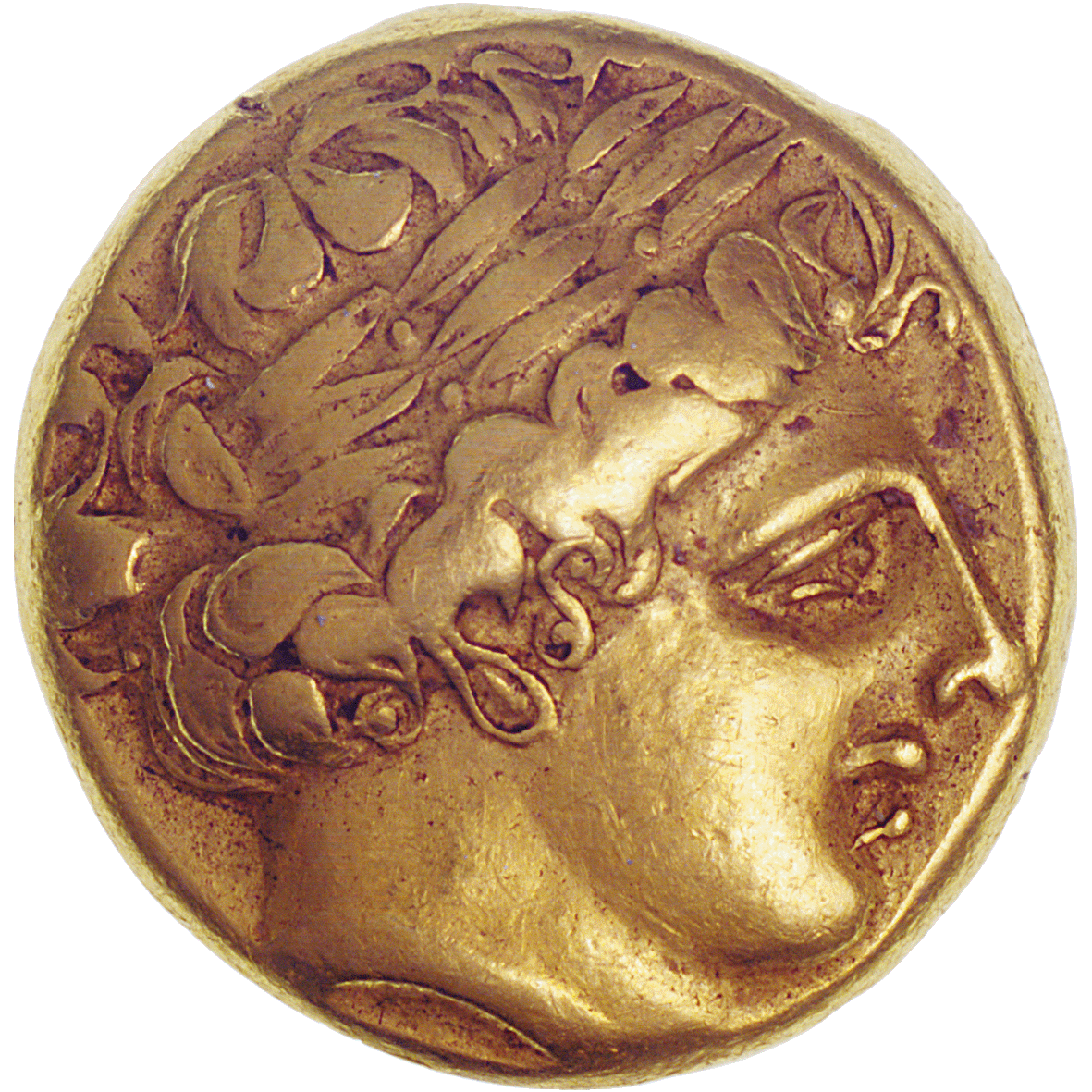 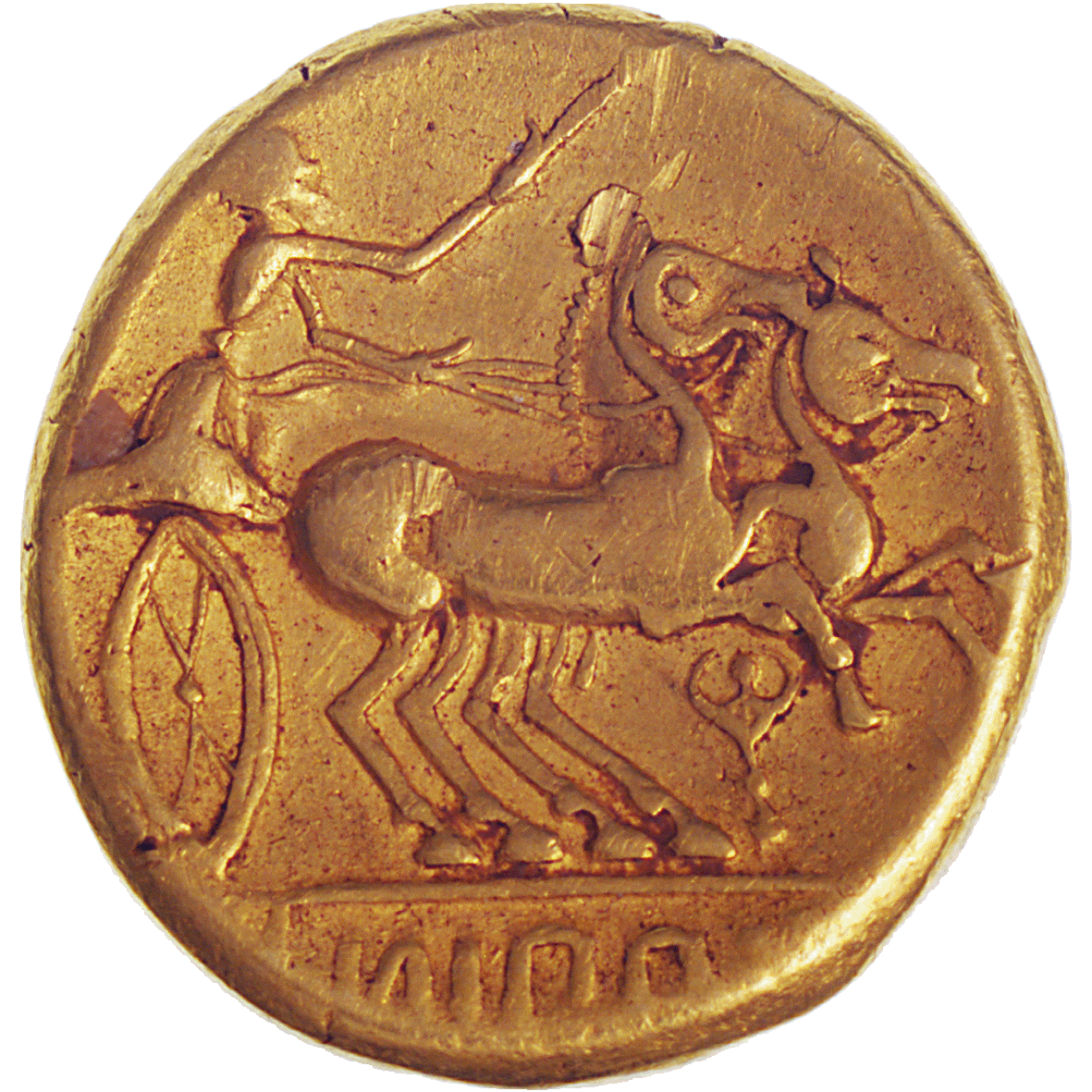 This gold coin is an imitation of a stater from the Macedonian King Philip II. It was issued by the Celtic tribe of the Helvetii, who settled in the area of present-day Switzerland and southern Germany. The coin originated in the upper Rhine region.

The head of the Greek god Apollo on the obverse is still fairly close to the original. And also the reverse shows elements that are very accurately done, such as the rest of the Greek inscription 'Philippoy.'

Nevertheless the biga, the two-horse chariot, already clearly reveals the Celtic character of the coin. The image is stylized, especially the faces and bodies of the horses.