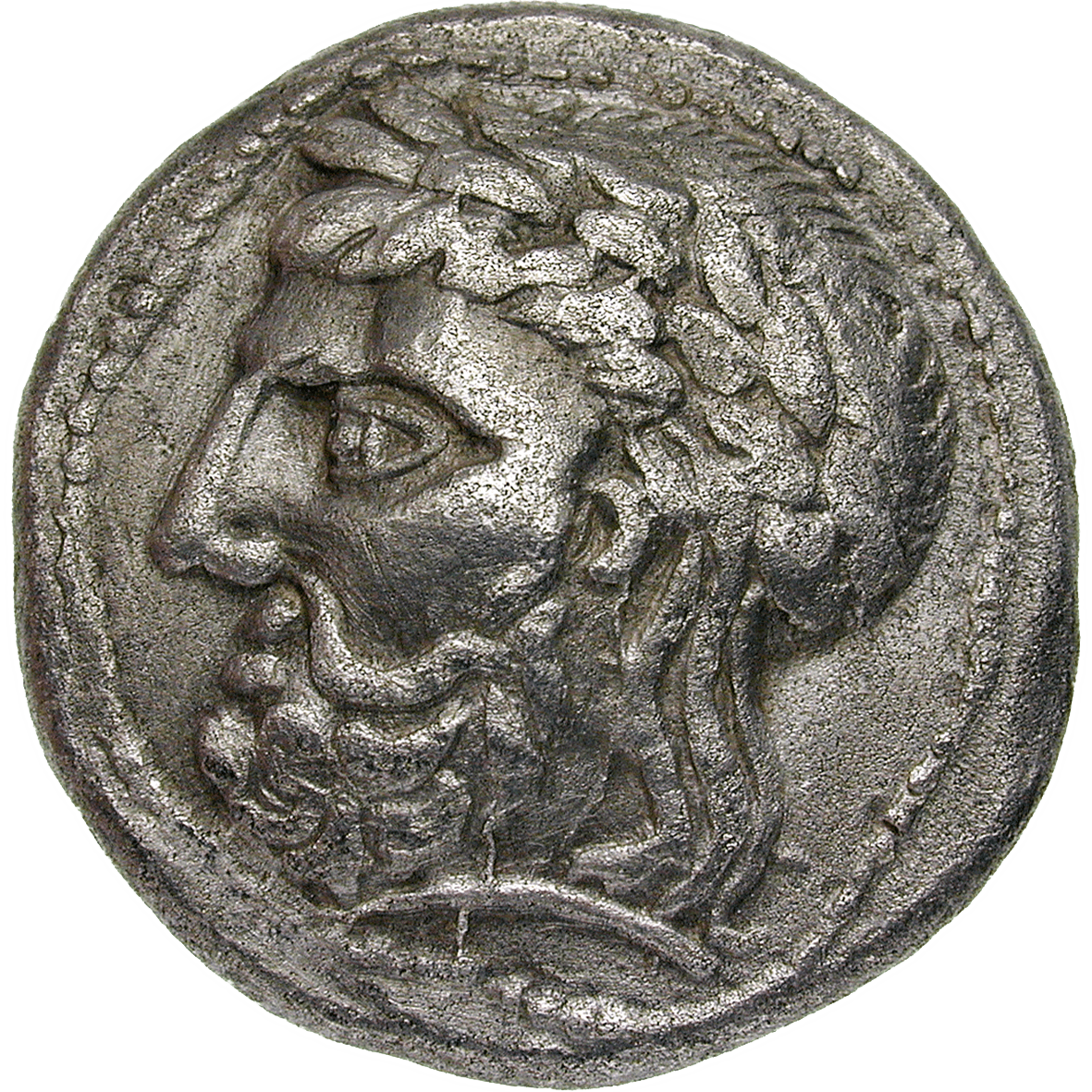 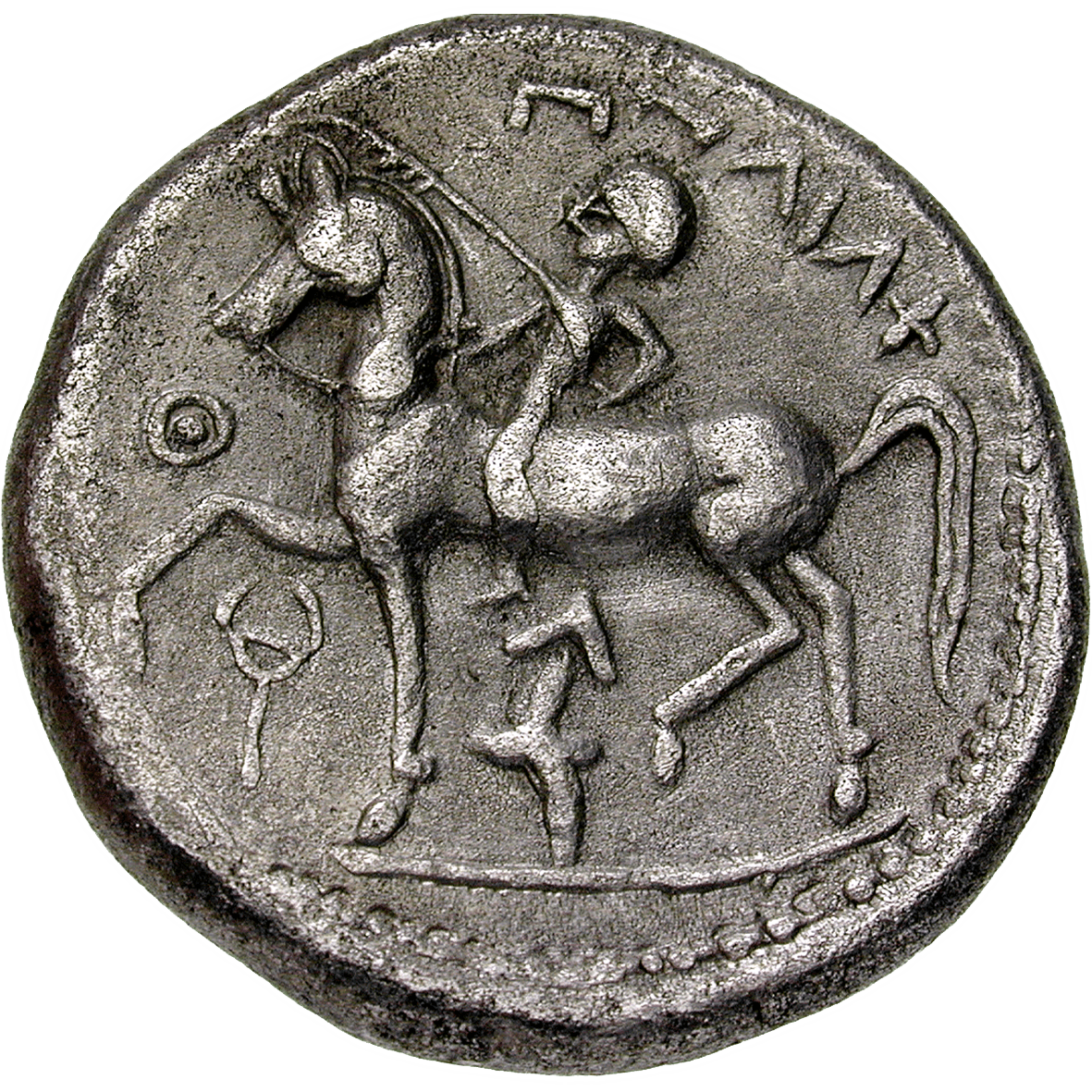 The Celts were the mercenaries of Antiquity. The fighter in the armies of the Macedonian kings Philip II and his son Alexander the Great were the first to bring coins from eastern to middle Europe. When the Celtic tribes started their own coinage in the 3rd century BC, they simply modelled them after Philip's coins.

The Celts living along the lower and middle Danube River minted their coins after Philip's silver tetradrachms. On the upper Danube and in today's Southern Germany, Switzerland and France, on the other hand, they took his gold staters as archetypes. This coin was minted in the region of modern Slovakia, where the two coinage areas overlapped.