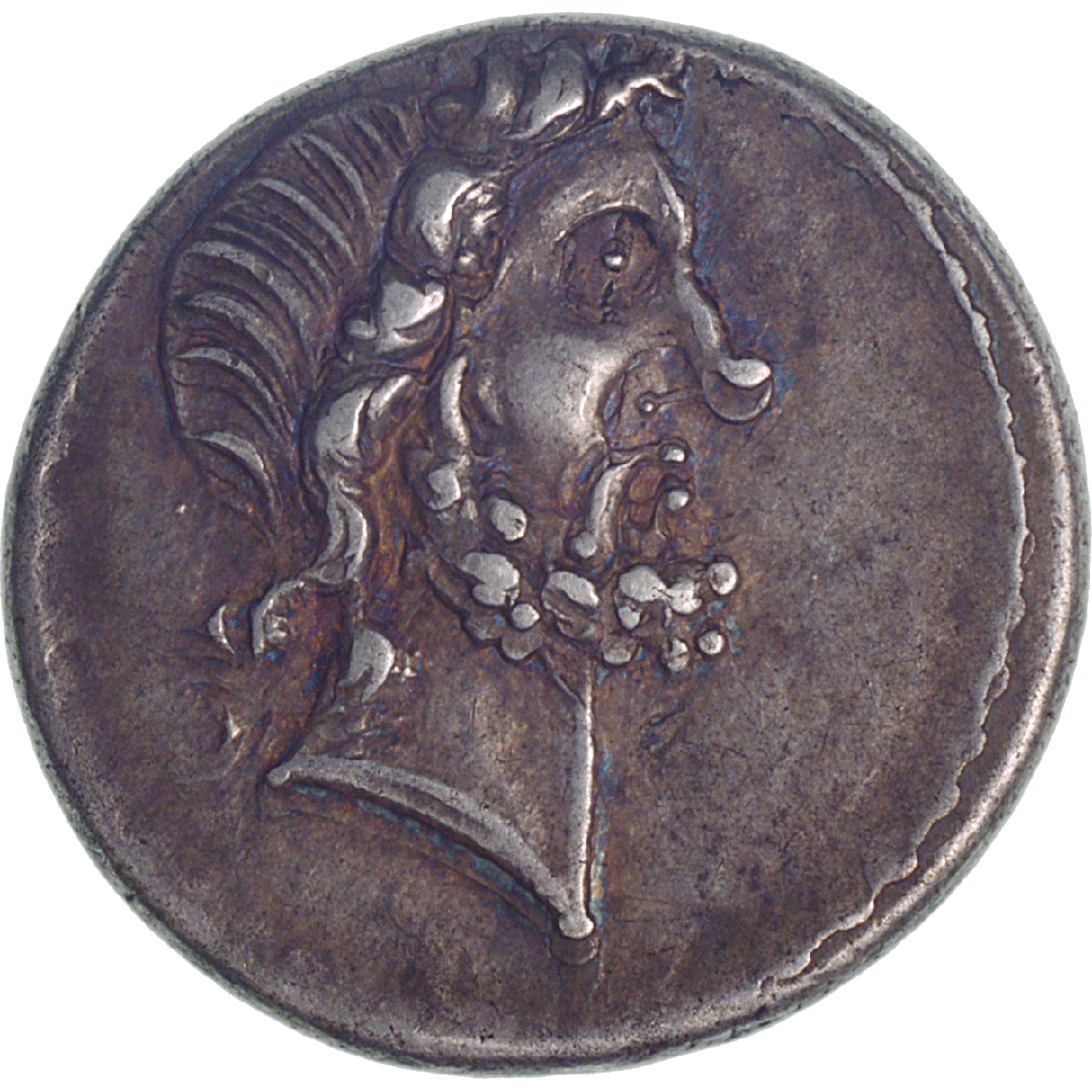 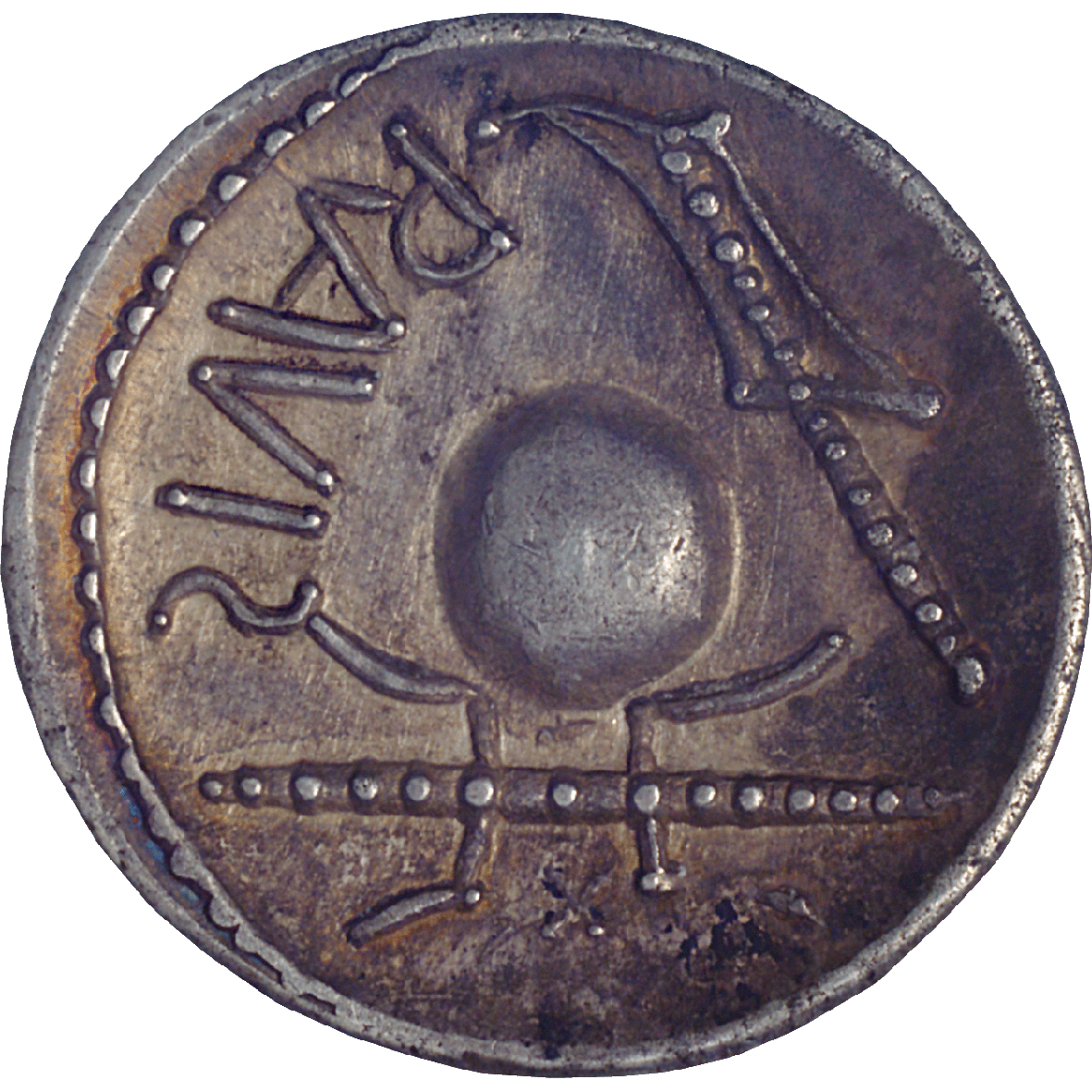 This silver denarius is an issue of the Eravisci, a Celtic people that had its seat on Gellért Hill in the Budapest of today. The coin copies a Roman denarius of the years 76 or 75 BC. The Roman original bore the head of the Genius Populi Romani on the obverse, while the reverse depicted a scepter with wreath, globe and rudder.

The scepter, the globe and the rudder were kept on the copies, and the legend RAVIS added, a short form of the name Eravisci.

Roman money began to circulate on a larger scale in Pannonia as of about 35 BC. It can therefore be assumed that the imitations were minted after that time.