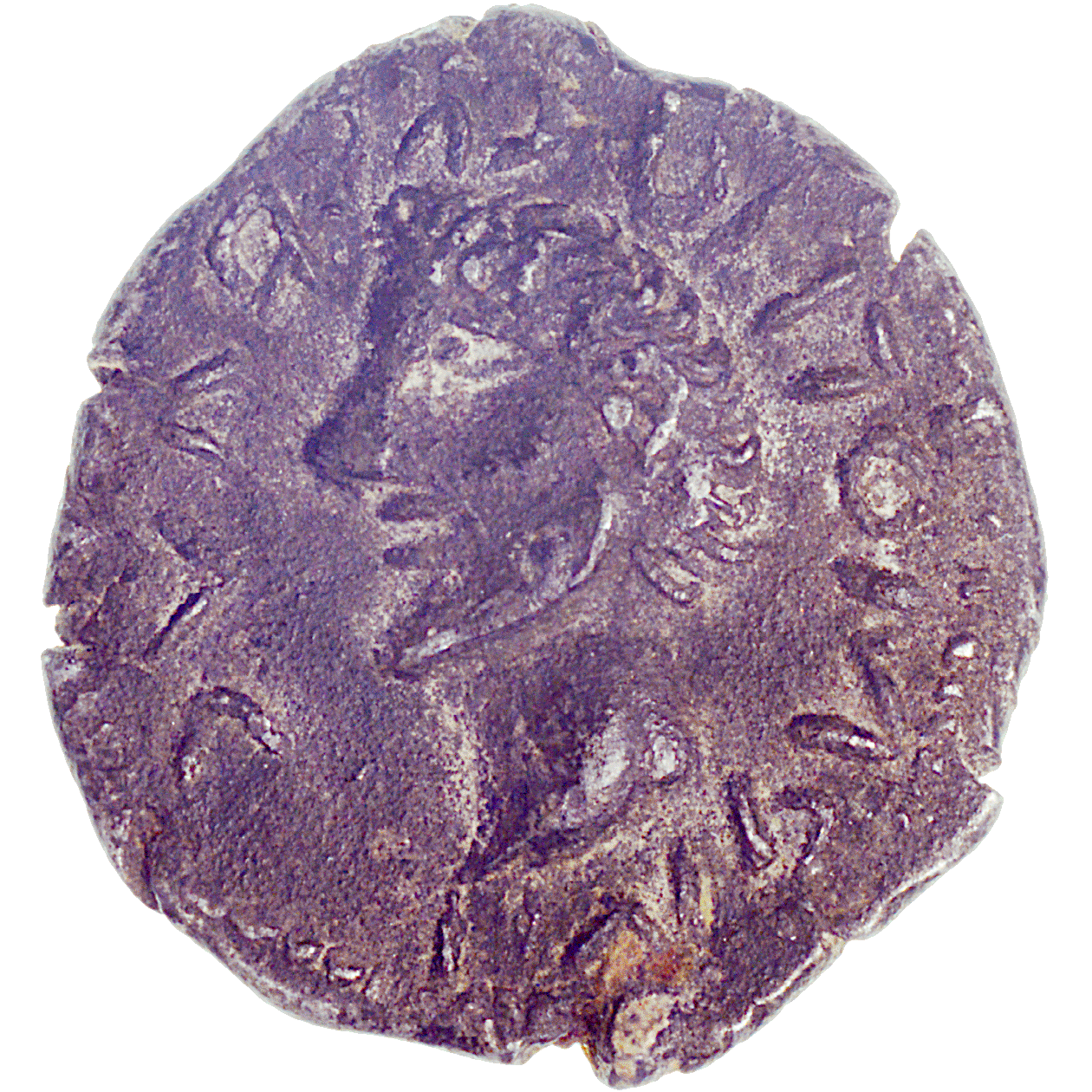 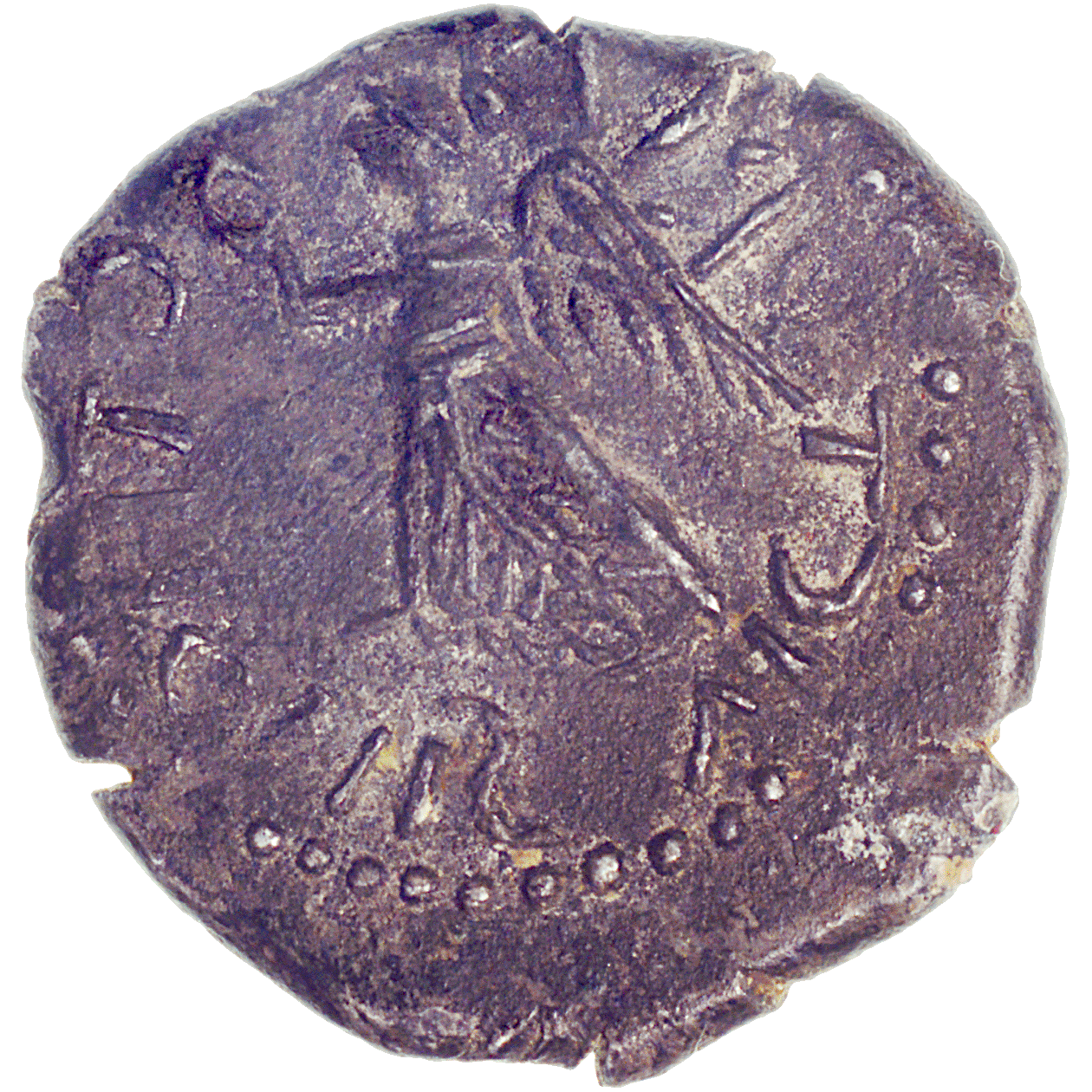 The Roman Emperor Otho reigned for three turbulent months only. To pay for his soldiers, he had plenty of gold and silver coins minted. It did not help him, however – in April 69, his troops were defeated by mutinous legions.

Despite his short reign, the Celts copied Otho's coins, as this denarius illustrates. It was supposedly issued by the Vindelici, a group of Celtic tribes settling between the Lake of Constance and the Inn River. Their chief town is assumed to have been the oppidum at Manching in Bavaria.