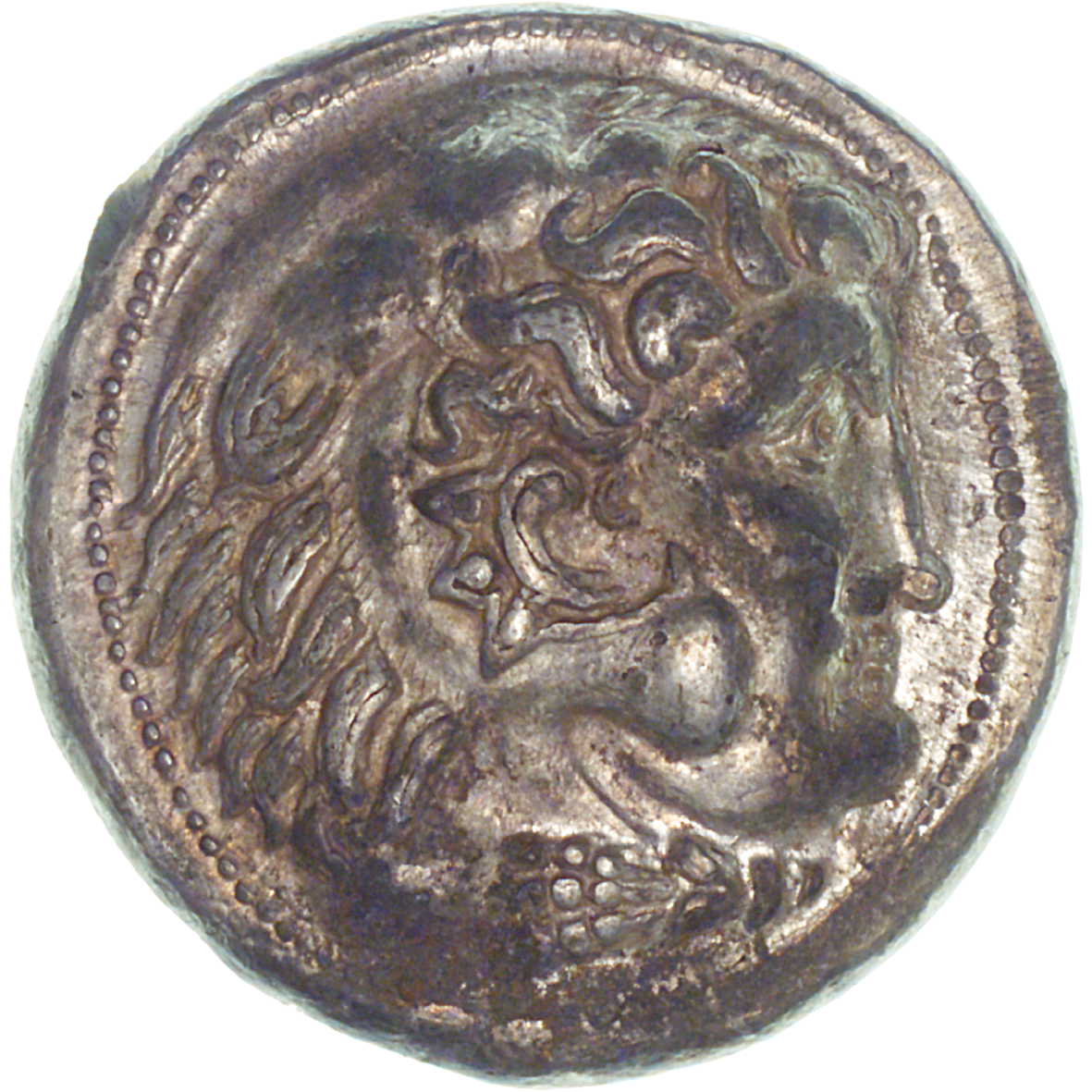 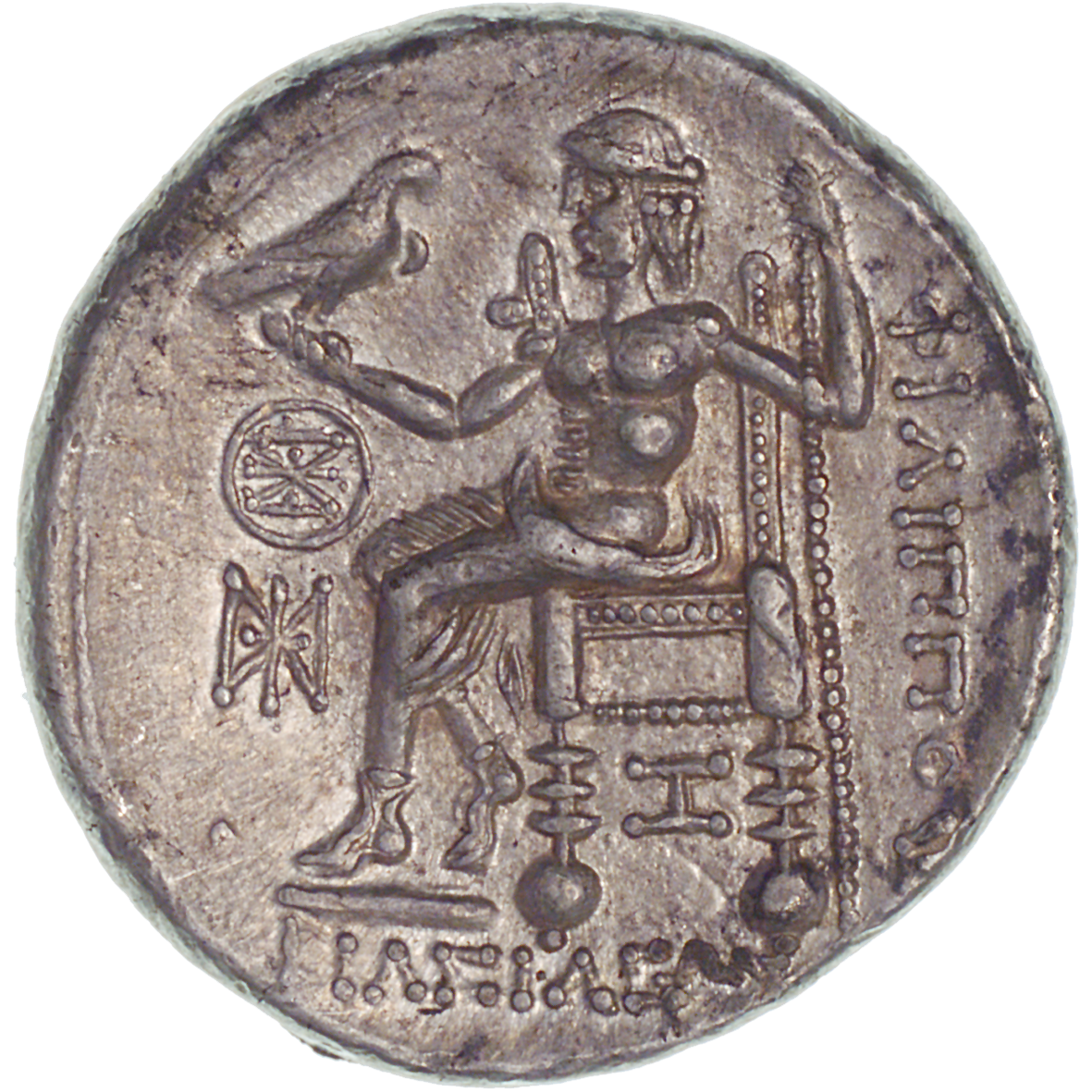 During the Celtic migrations, starting in the 5th century BC, Celtic tribes settled in the lower Danube region and in Asia Minor (present-day Turkey). The immediate proximity of Greek and Celtic worlds influenced these Celts, and led to their adoption of Greek coinage.

At least in the beginning, the iconography on eastern Celtic coins was based on Greek coin motifs. This coin is a typical example for eastern Celtic imitation. The original is a tetradrachm of the Macedonian king Philip III Arrhidaios (323-317 BC), a half brother of Alexander the Great.

The obverse of the coin shows the Greek hero Heracles; on the reverse the Greek god Zeus sits on his throne. Because it is unknown how the Celts themselves called their coins, it has become a habit in the numismatic world to name them in the same way as the orignials after which they were modelled.