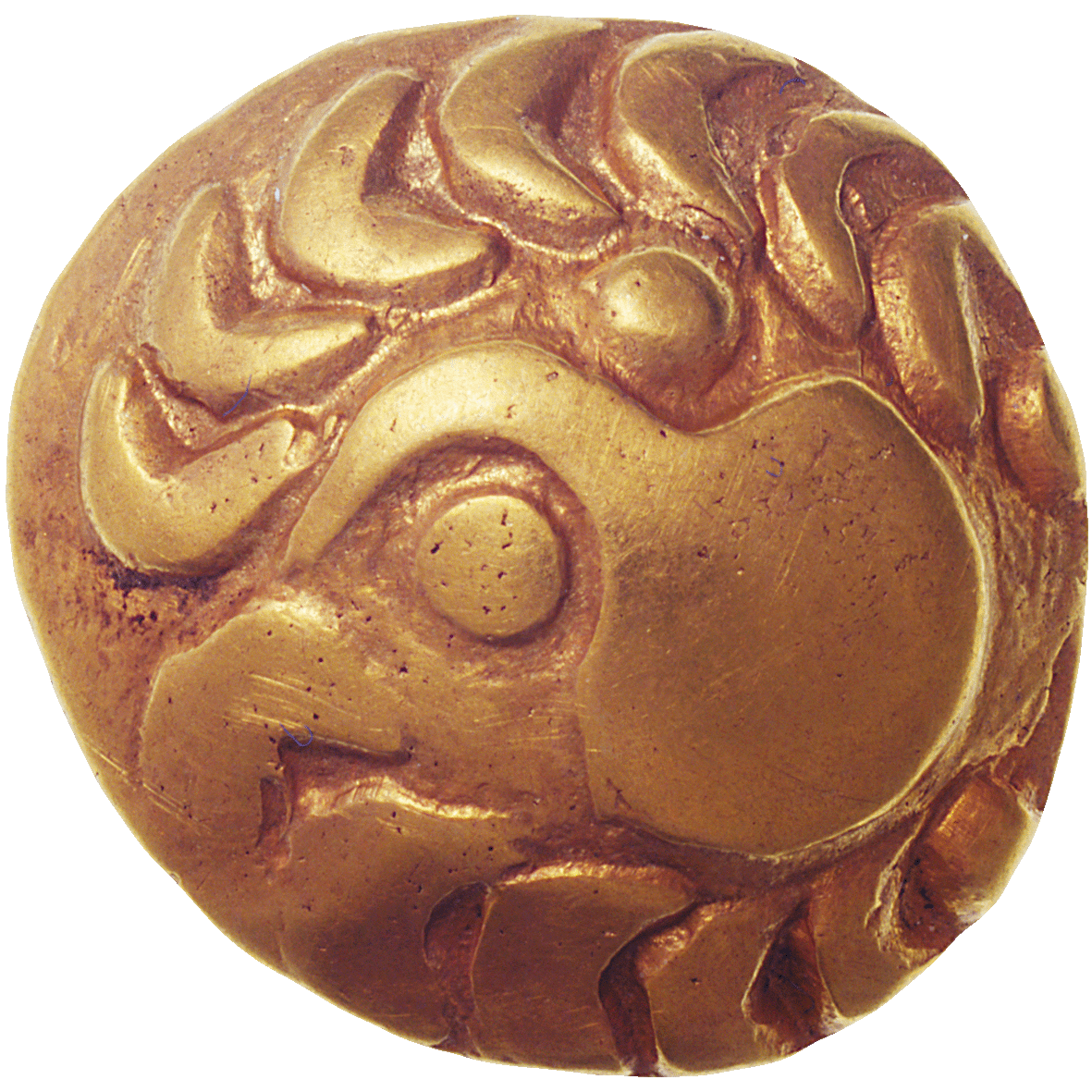 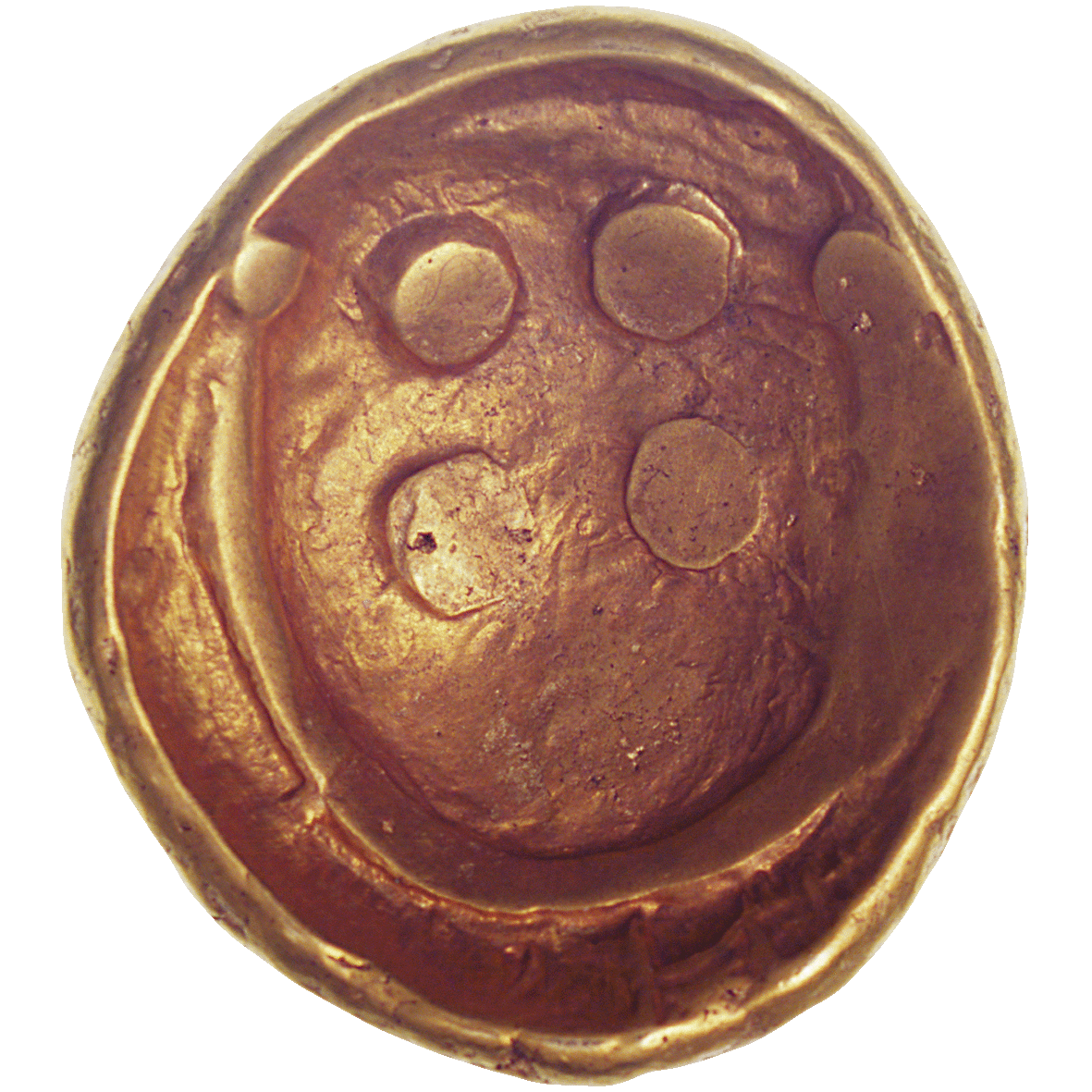 This type of Celtic gold coin from the 2nd century BC is known as 'rainbow cup,' a name deriving from the medieval belief that a treasure could be found at the end of a rainbow. Indeed farmers would find the little gold coins mostly after a heavy rain on their freshly plowed fields, and thus assumed that the coins had fallen from the rainbow.

Rainbow cups were mainly found in southern Germany, in the upper Danube region. Like most Celtic coins they are anonymous, without inscriptions or other indications of minting authorities. As a result provenance, date and place of their minting are unknown. Just as little do we know how the Celts themselves called their coins.