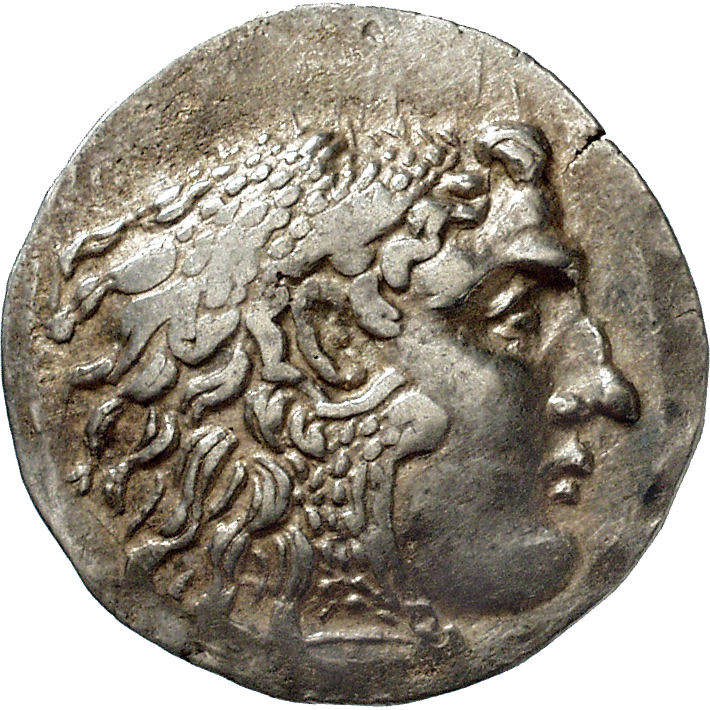 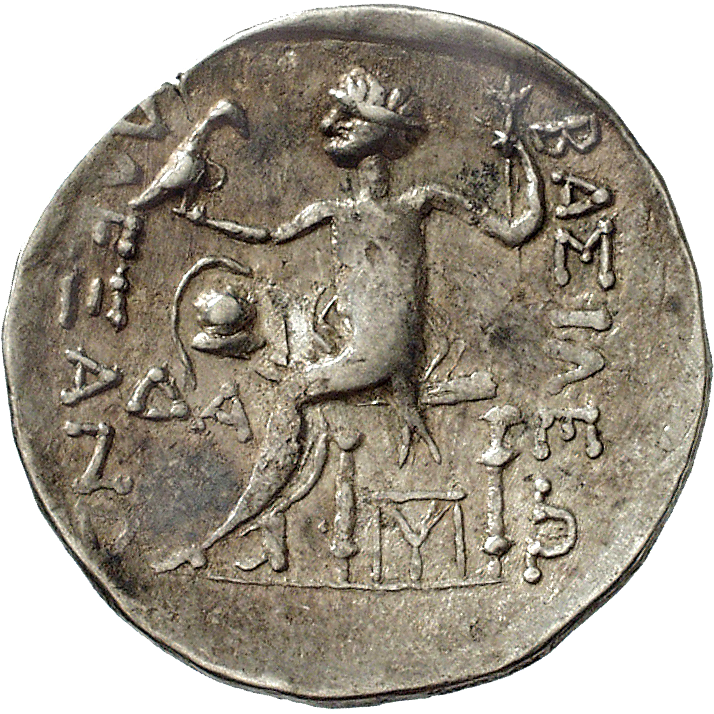 The first Celtic coins are difficult to date since they are rarely found together with datable objects. Today it is assumed that Celtic coinage began in the early 3rd century BC. The Celts modeled their coins after the coins of the Macedonian kings and their successors, the Diadochi. The first coins to be copied were the tetradrachms and staters of Philip II and his son Alexander the Great (336-323 BC). The model for this tetradrachm was a coin of Alexander.

The coin was minted during the 2nd century BC. Its obverse shows Heracles wearing the skin of a lion over his head, while the reverse depicts god Zeus with a scepter and an eagle. The copy still resembles the original, apart from Zeus on the reverse, who is already a little bit stylized. On later imitations the original motifs are often barely recognizable.