Hesse or the Rhineland, Stater 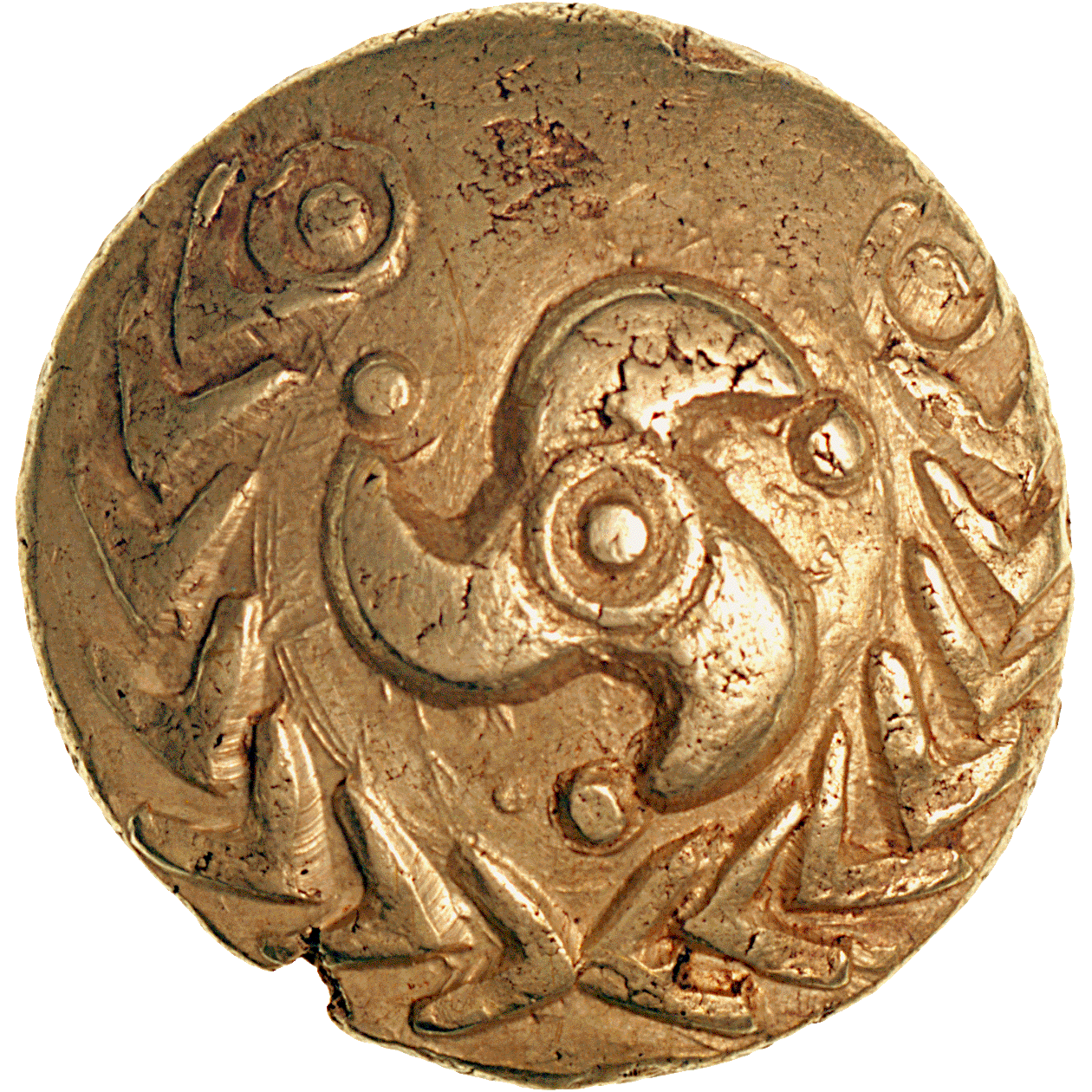 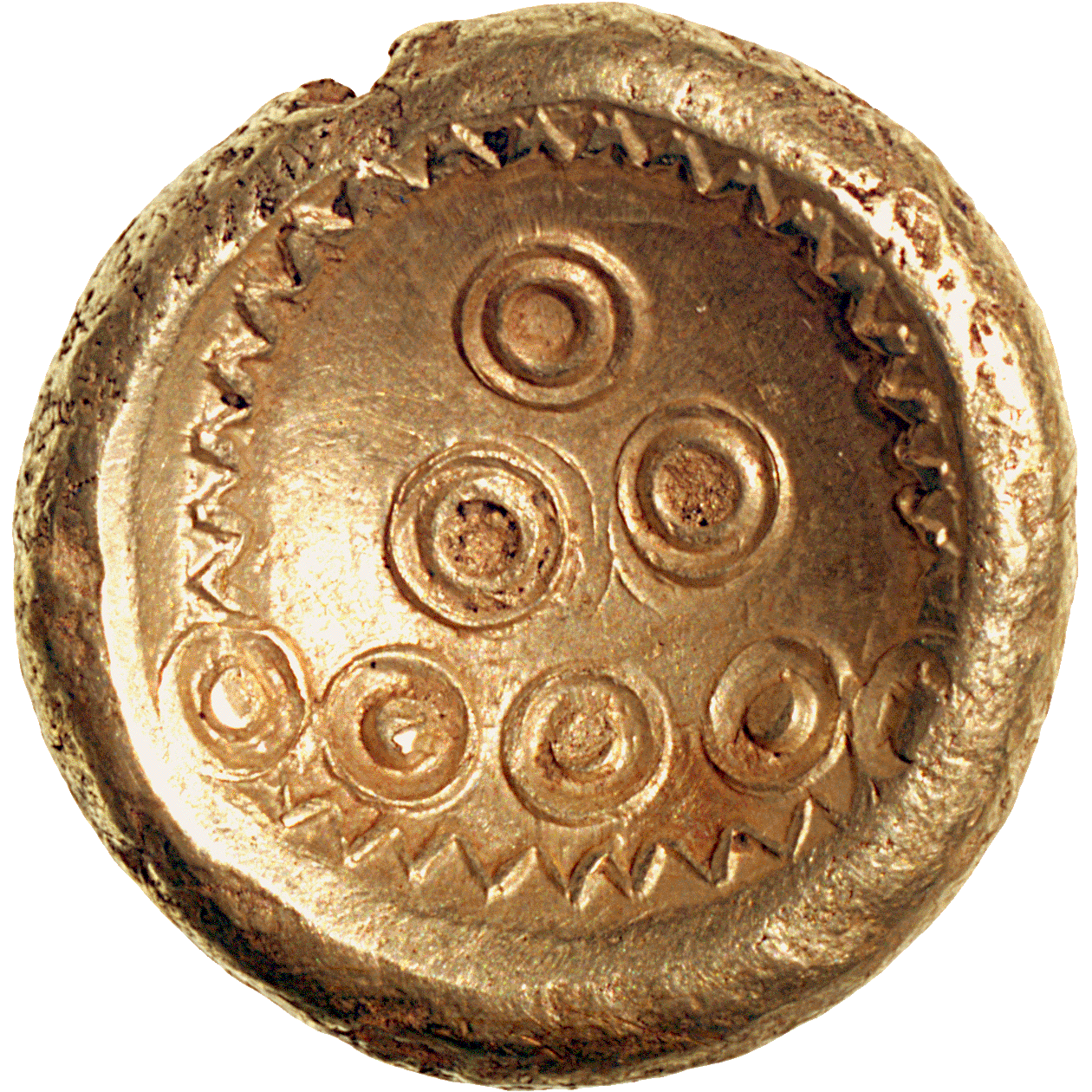 'Rainbow cup' is the numismatic term for these bowl-shaped convex coins of the Celts.

They were the result of a combination from Greek, Roman and Celtic cultures. Their weight corresponded to the Greek stater, while the design was Celtified but harked back to Roman coins. It shows a triskelion, a symbol in the form of a spiral whose original symbolism is unknown. It appeared in many early cultures, and in different forms that were always made up of three symmetrically arranged spirals, triangles, or bent human legs. In Celtic culture the design was very popular on jewelry and arms.