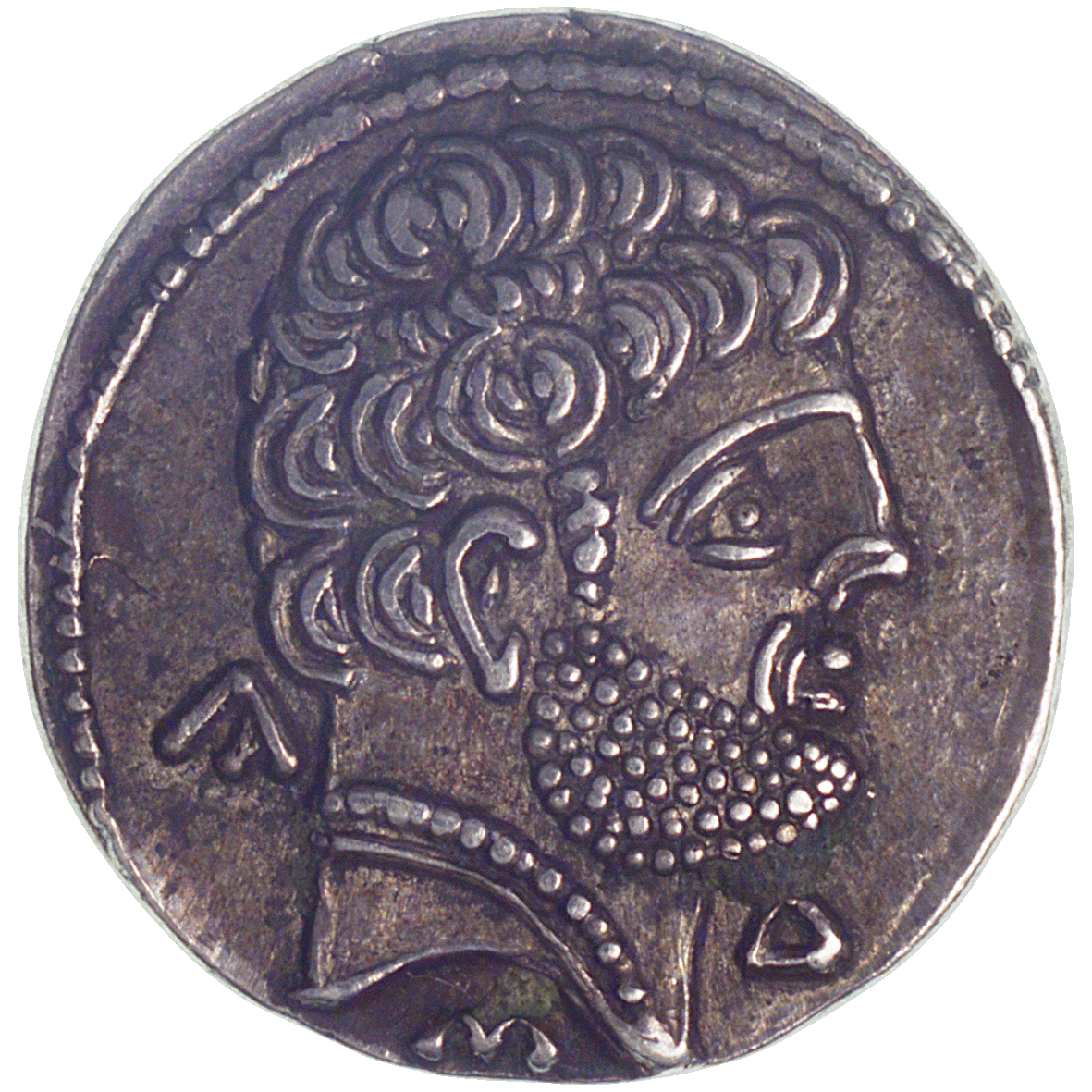 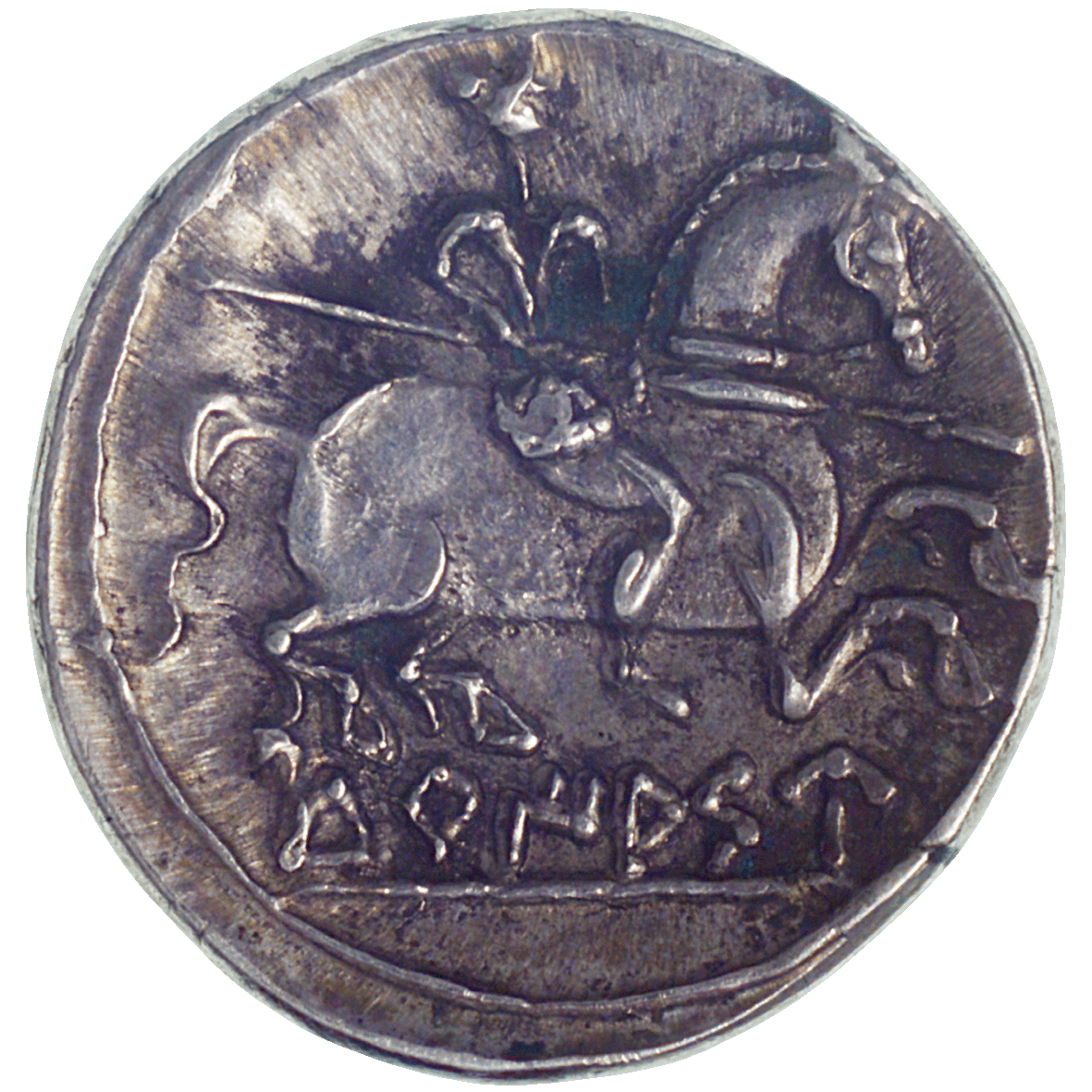 Celtic tribes did not only dwell in Gaul and on the British islands. From about 600 BC they settled on the Iberian Peninsula, and by and by intermingled with the Iberians to the today so-called Celtiberians. In the 2nd century BC, one of those Celtiberian tribes issued this denarius.

The design on the obverse is Greek in spirit. It could be modelled after the tetradrachms issued by the Macedon king Philip II between 315 and 294 BC in Amphipolis, which bore the head of the Greek god Zeus.

The lance rider on the reverse, on the other hand, might be a Celtic interpretation of the Roman motif of Castor and Pollux, who were depicted on early Roman denarii.