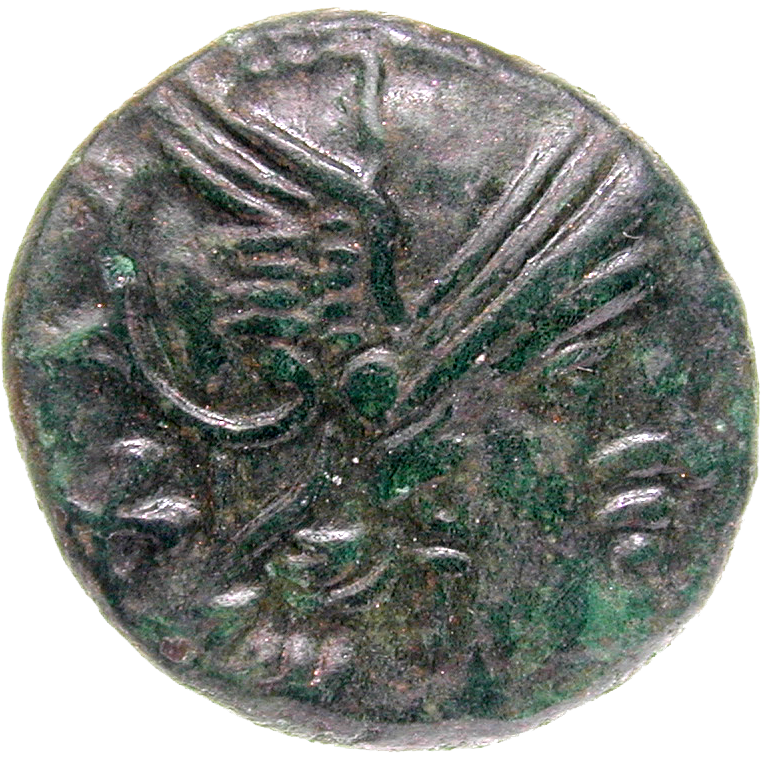 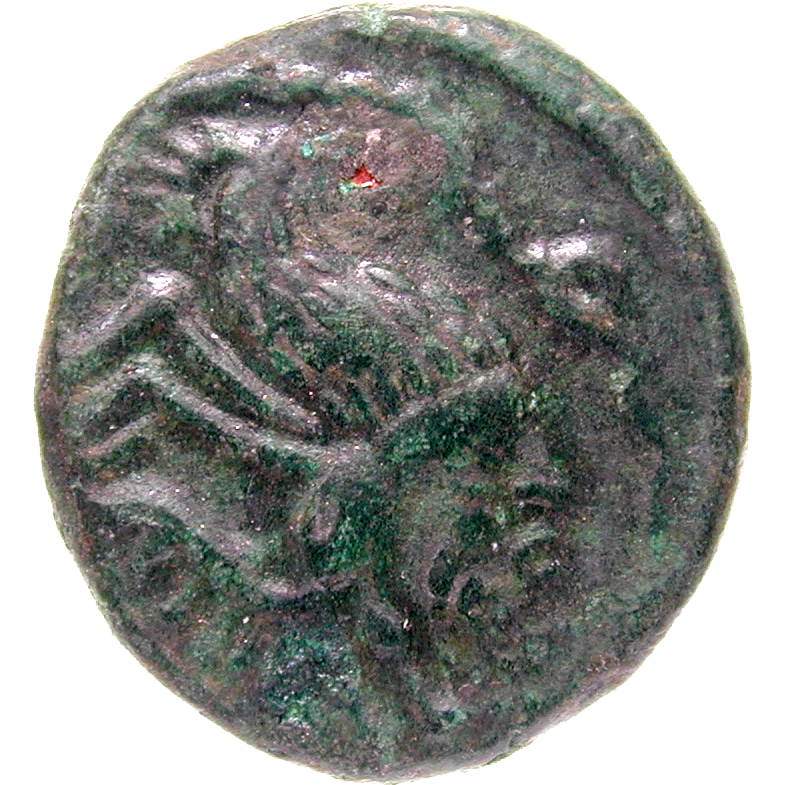 Our knowledge on Celtic numismatic has made substantial progress in recent years. Nevertheless, the minting date of Celtic coins often remains unknown. Because Celtic money is rarely found together with other objects, it cannot be dated exactly.

The illustration on the obverse of this Celtic bronze coin is fairly true to a Roman silver denarius. The reverse, on the other hand, is an independent Celtic creation; it depicts a warrior wearing a helmet in the shape of an animal.

Such bird helmets have actually been worn by Celtic warriors. Fancy illustrations as the one on this denarius are usually found on later Celtic coins. For that reason, this piece was likely to be minted in the course of the 1st century BC.