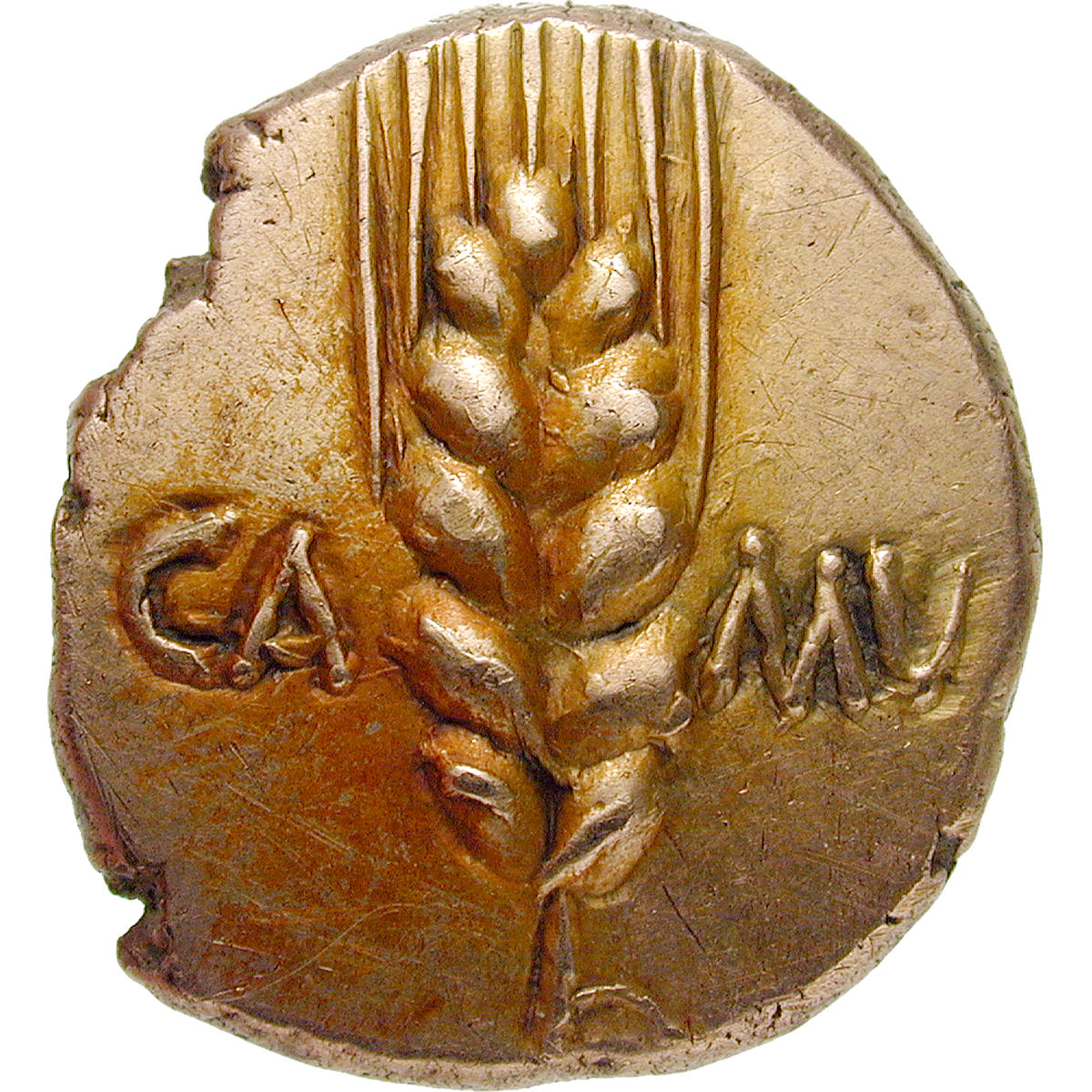 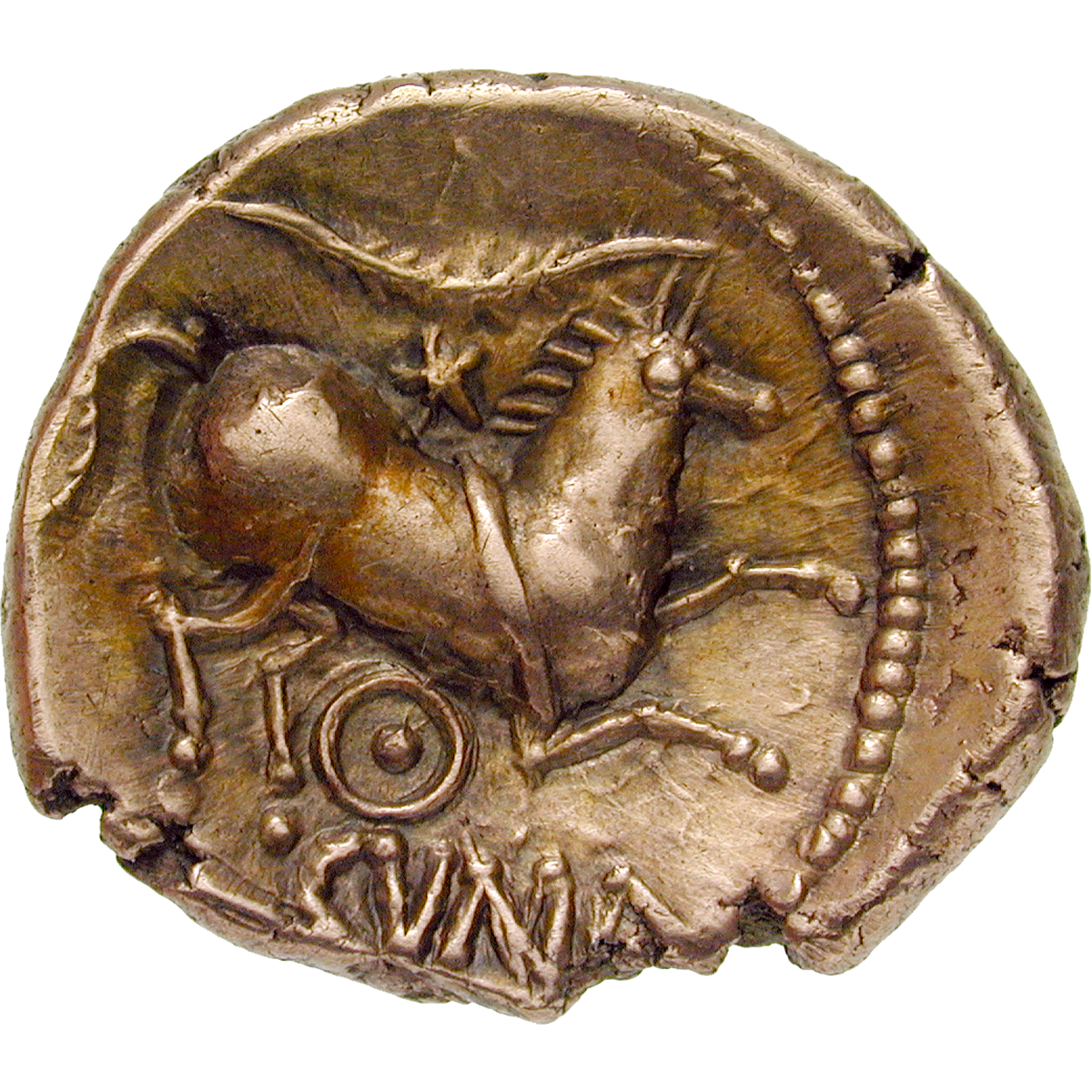 The Roman campaigns to Britain, which took place under Julius Caesar in the years of 55 and 54 BC, brought a Romanization of British coinage. This stater is a good example for that, as it gives the name of the mint as well as the minting authority. That was a curiosity among Celtic coins.

The piece was struck in the town of Camulodunum, today's Colchester, in the east of the island. There lived the tribes of the Trinovantes and Catuvellauni lived. The issuer was King Cunobelinus (c. 10-40 AD).

The obverse is reminiscent of the issues of Metapontum in southern Italy; the city depicted the ear of corn already in the 5th century BC on its coins. The reverse, on the other hand, is an imitation of the staters of Philip II, the Macedonian king (359-336 BC) and father of Alexander the Great.