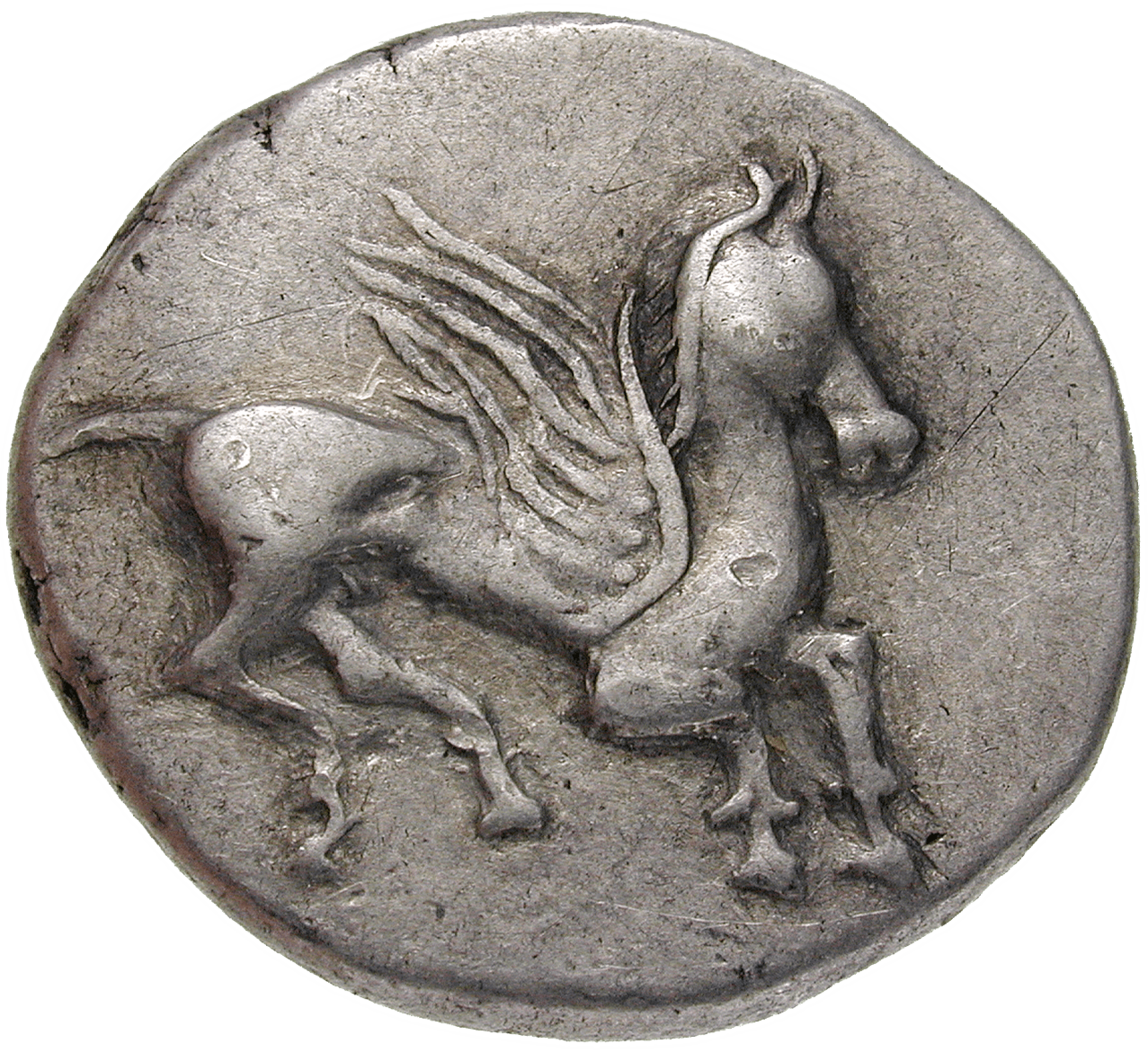 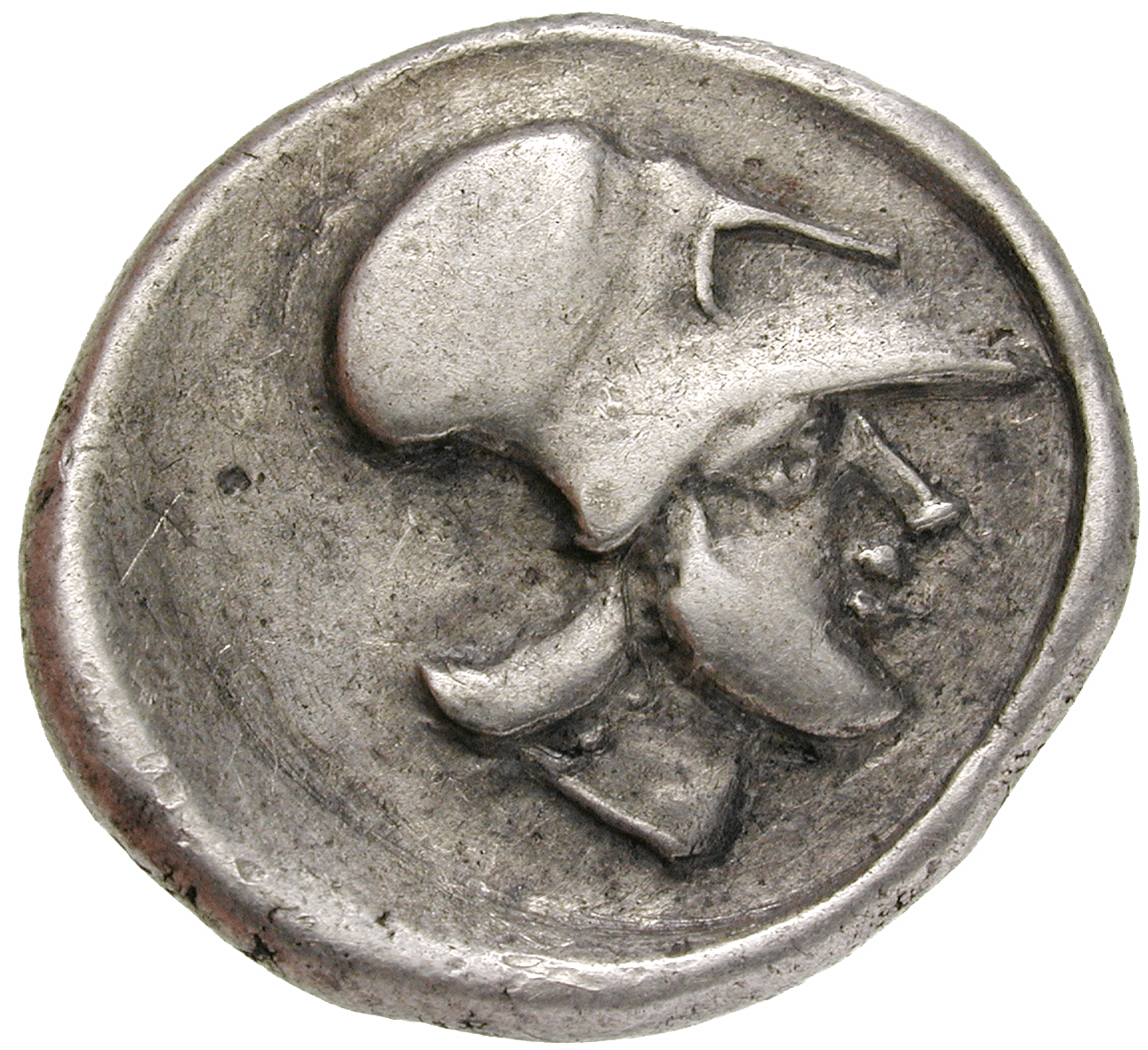 In 279 BC, Celtic tribes from the Thracian hinterland raided Greece. They plundered the treasuries of the sanctuary of Delphi and hauled them off to their homelands.

Amongst the booty were a lot of Greek coins that had been dedicated to the gods by pious worshipers. There must have been coins from Corinth among them, too, because this Celtic stater copies the image of Corinthian coins. One face depicts Pegasus, the winged horse from Greek mythology, the other the goddess Athene with a Corinthian helmet. However, the interpretation of the motif is not Greek any more, but entirely Celtic.