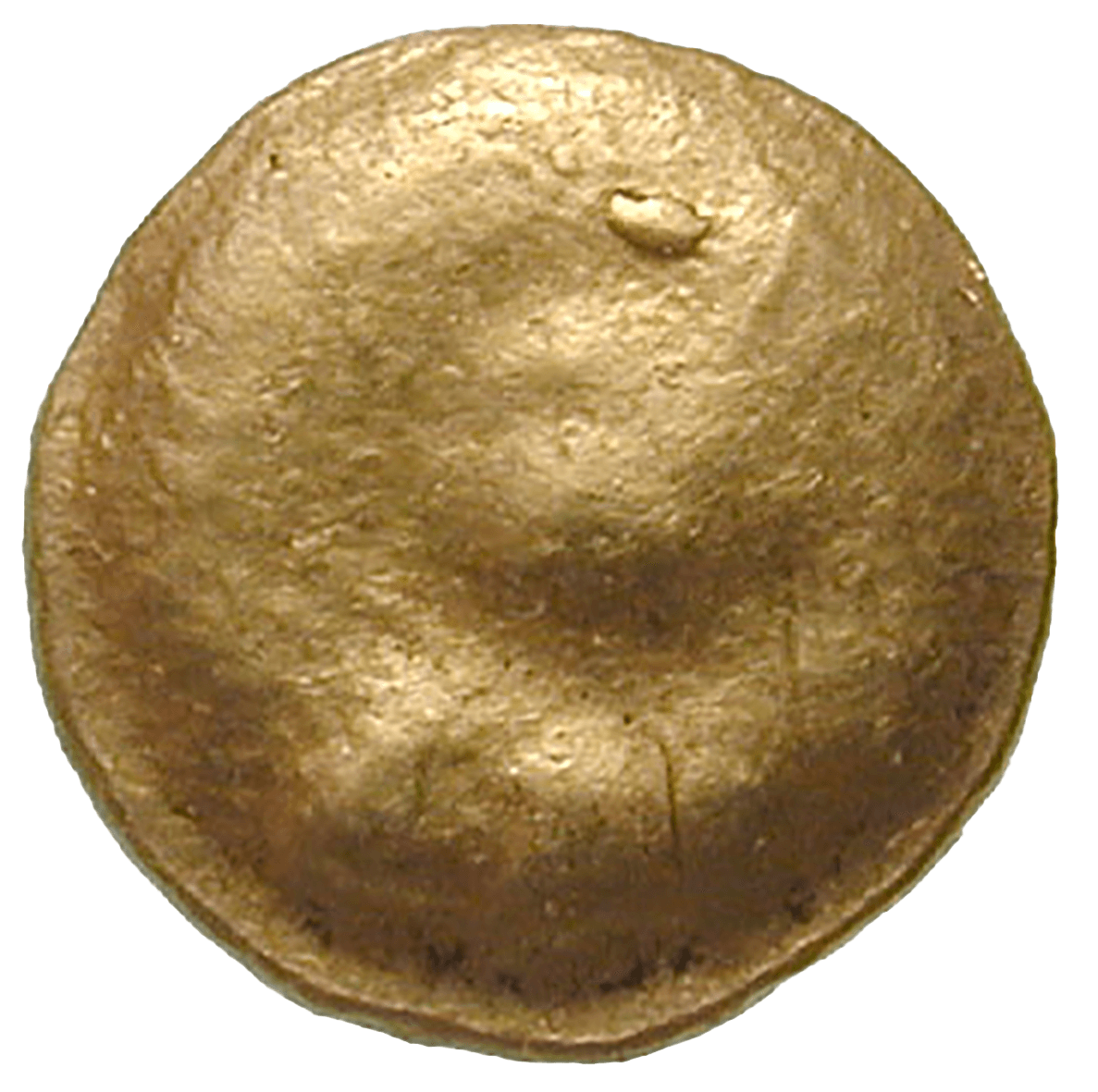 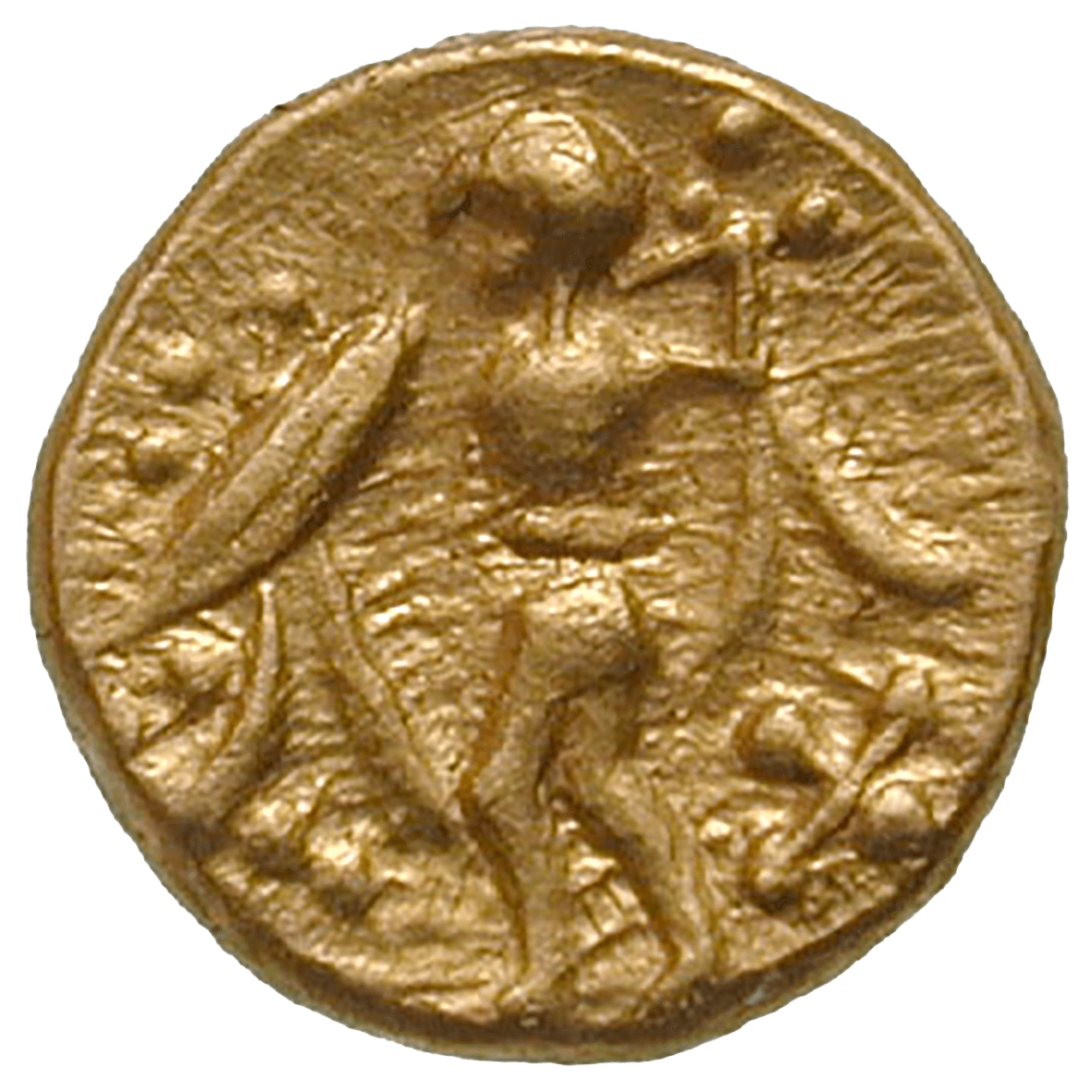 The Boii were a powerful Celtic tribe who originally settled between the rivers Rhine, Main and Neckar. During the time of the Celtic migration, around 400 BC, one group of Boii peregrinated to northern Italy, while another group moved to Bohemia.

The archetype for this little coin of the Bohemian Boii was the gold stater of Alexander the Great. According to Celtic conception of art, the obverse of this coin probably still showed the goddess Athena with her helmet; several adaptations had turned the divine head into a little hump, however. The Nike on the reverse, on the other hand, was transformed into a warrior with a shield and a lance.