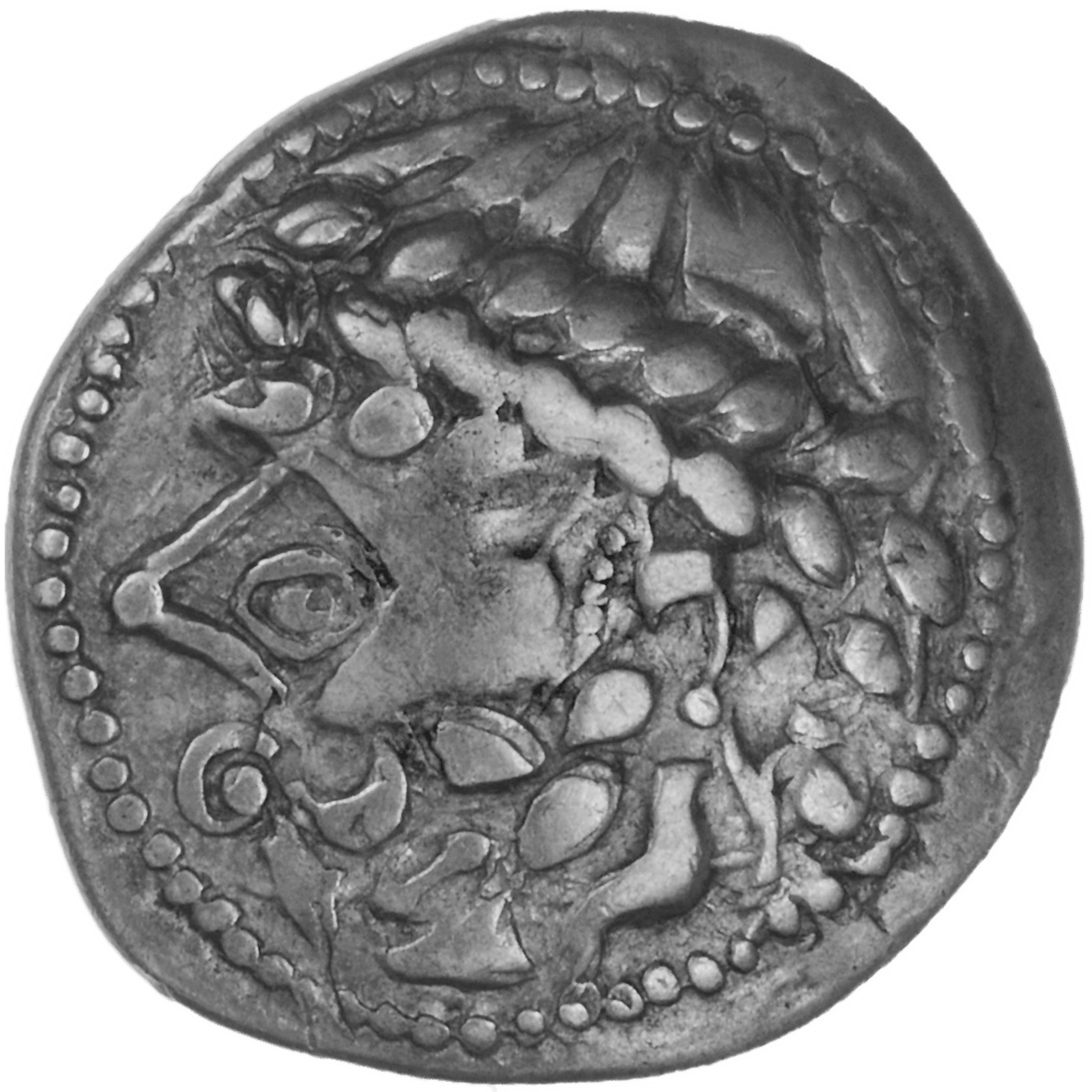 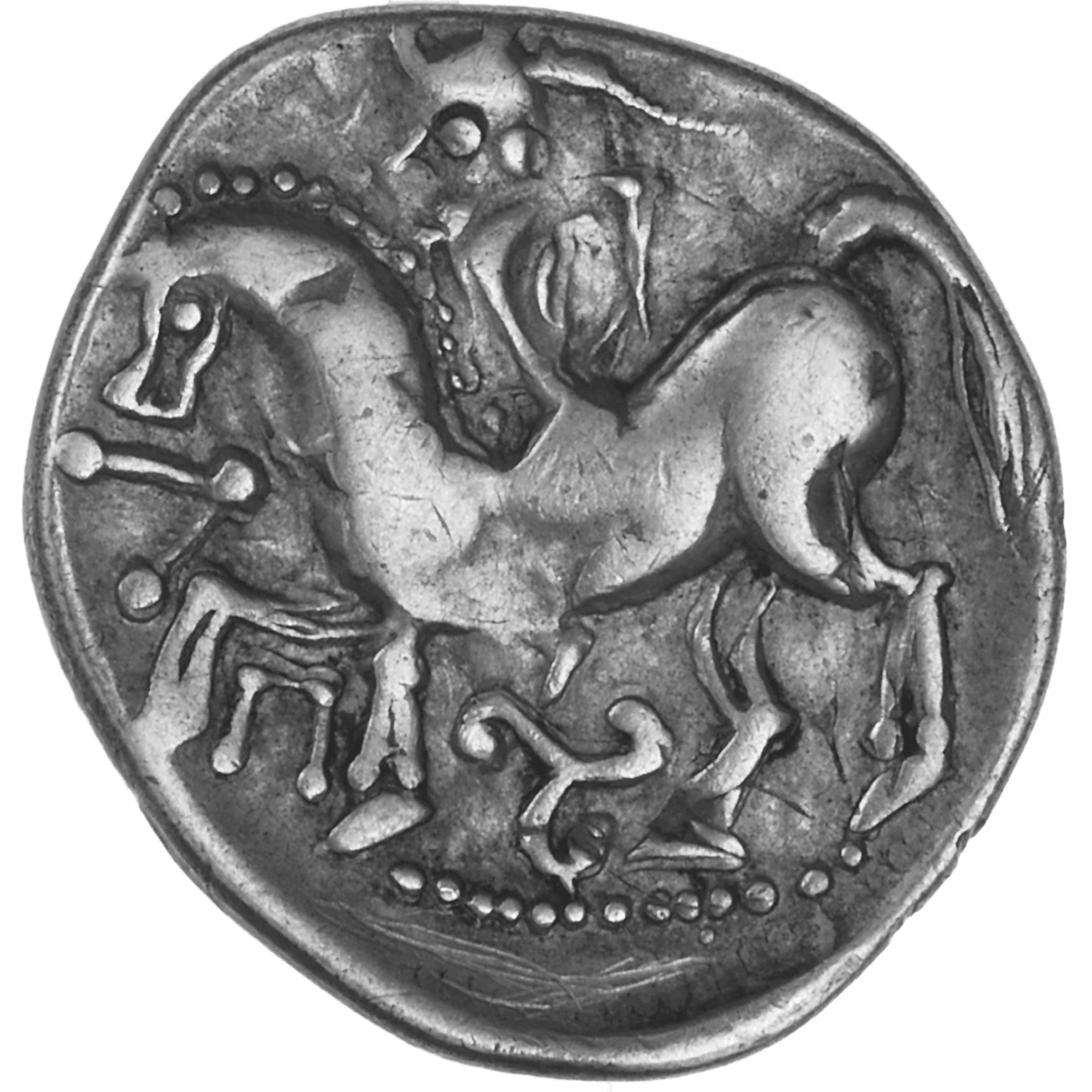 The Celts, called Galatians by the Greeks and Gauls by the Romans, were, along with the Germans, the second important prehistorical European people north of the Alps. They made their entry into historical Europe in a battle: in the year 387 BC, Celts smashed a Roman army at the Allia River, a tributary stream of the Tiber, and subsequently conquered Rome, where they held sway for seven months.

Naturally, Celtic tribes had lived in Europe before their venturesome entrance into European history. According to archaeological finds, they replaced or incorporated other ancient European peoples in the early 1st millennium BC.

In Pannonia, where this coin was minted, the original inhabitants were Illyrians. They had been living in close contact with the Macedonian and later the Hellenist world. Hence this coin unites Celtic, Illyrian, Macedonian and Greek elements.

Archetypes were the tetradrachms of the Macedonian King Philip II, which showed Zeus on the obverse and a rider on the reverse. Here, these motifs were playfully imitated in a typical Celtic way. On the other hand, the remainders of the coin inscription are Greek. And the Illyrian influence can be found in the naturalistic reproduction of the motifs, which is far too conspicuous for genuine Celtic taste.