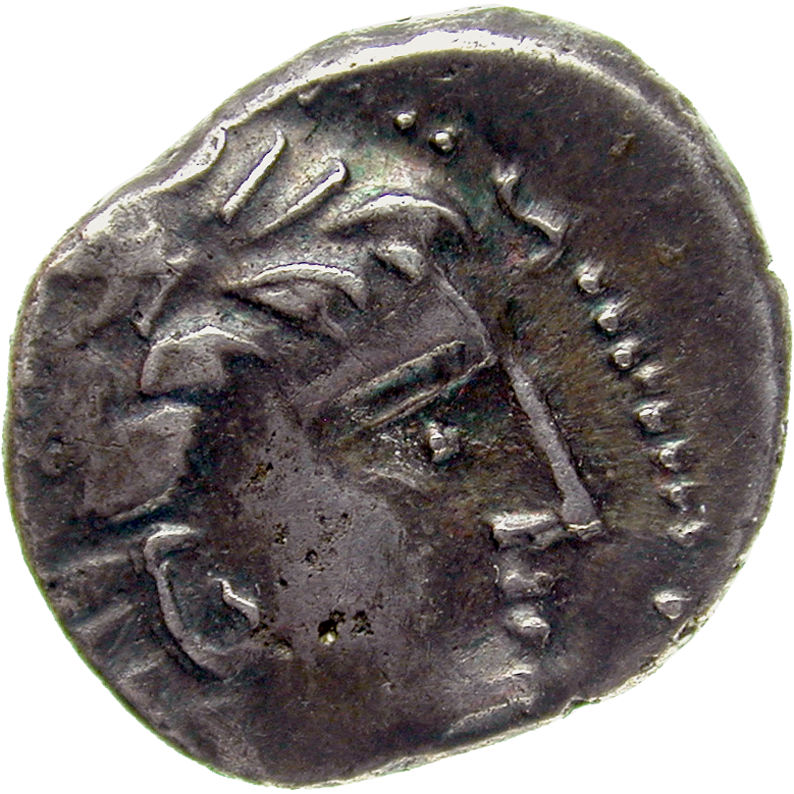 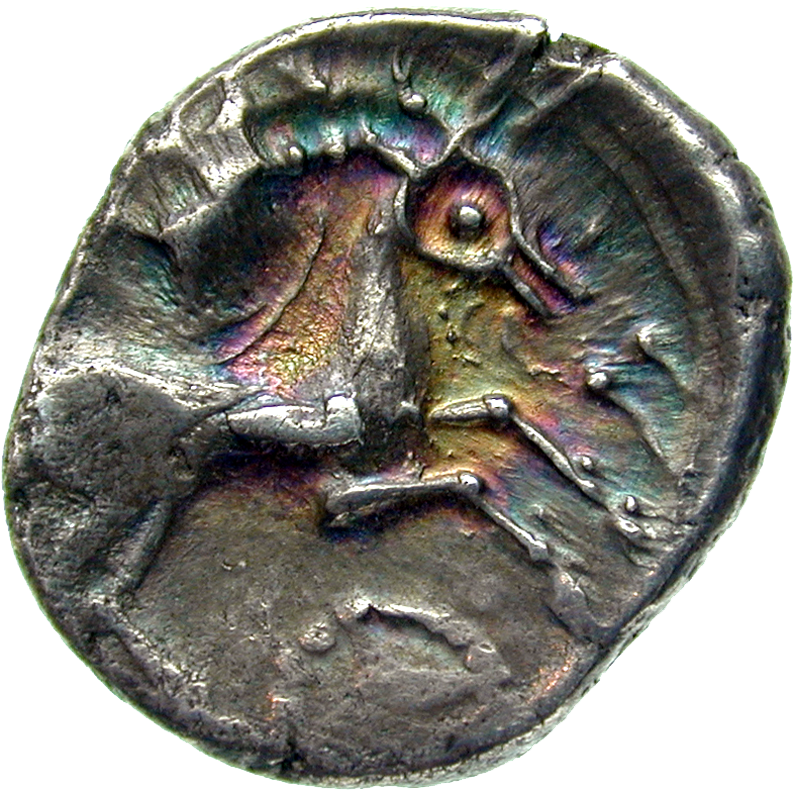 Time bears strange fruits, especially at the points of contact between several cultures. This drachm shows this eloquently. It was minted in the upper Rhône valley, in the territory of the Celtic tribe of the Allobrogians.

The little horse on the reverse of this drachm is typically Celtic, namely by looking more like a stag or a mountain goat than a horse. One has to know the model coin, the gold stater of the Macedonian king Philip II, to see that what looks like antlers is in reality a playful remodeling of the original reins and whip of the original two-horse chariot. The wheel under the horse, a reminiscence of the two-wheeled chariot of the original coin, confirms this interpretation.