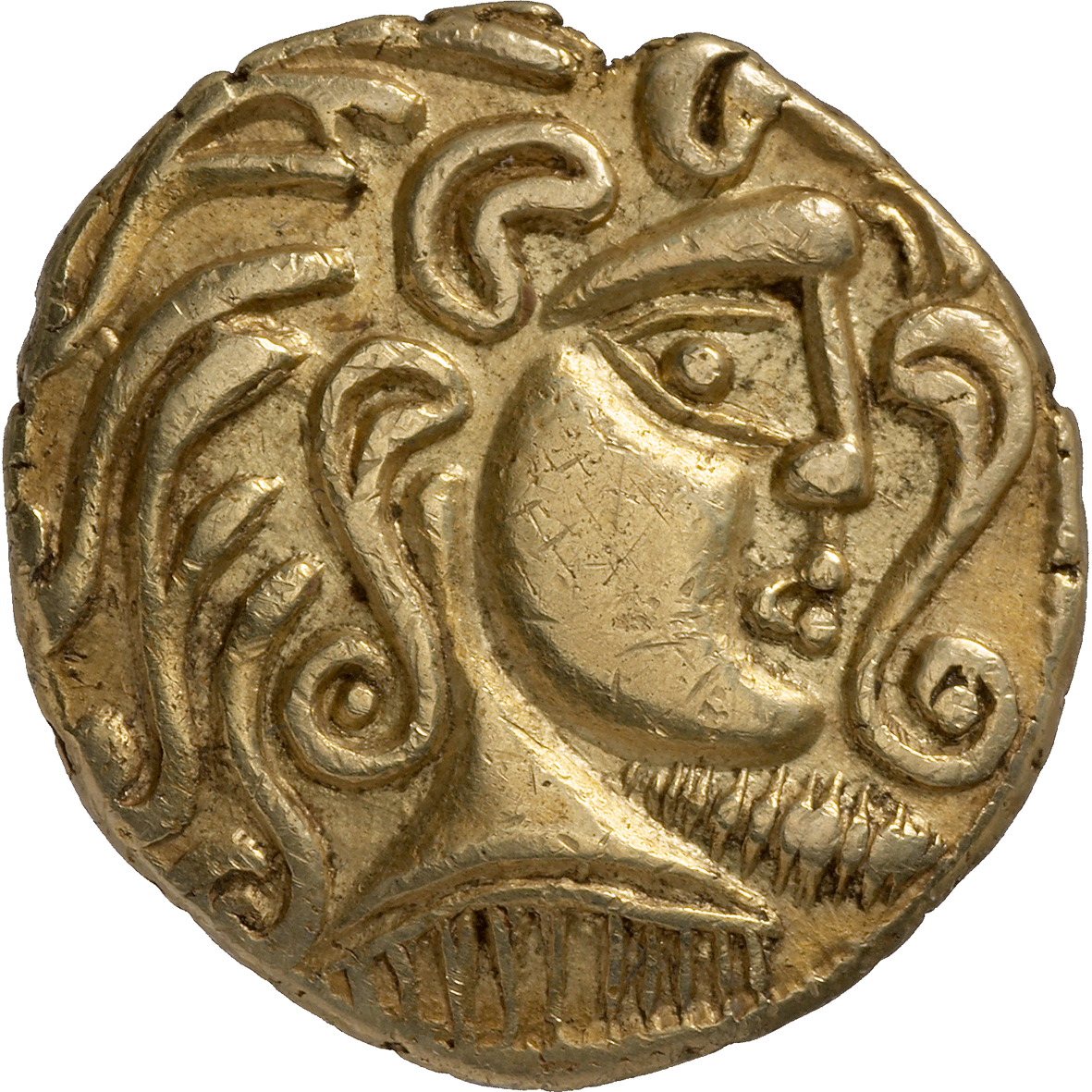 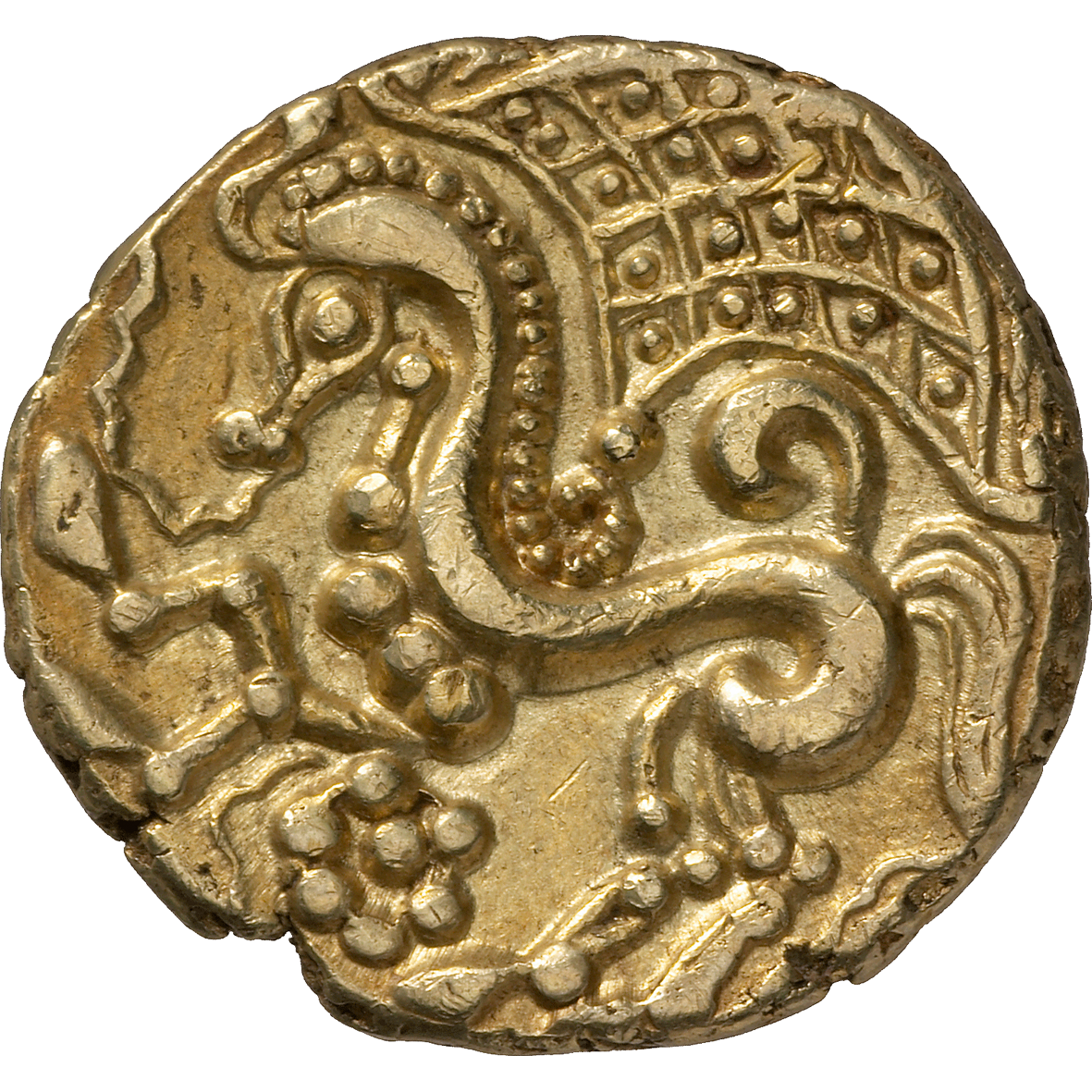 This is one of the most spectacular Celtic coins of all times. It is ascribed to the Parisii, a Celtic tribe living in several settlements along the shore and on the islands of the River Seine in Gaul. Their main habitation was the oppidum of Lutetia Parisiorum, which under the name of Lutetia in Roman times became an important city. It later developed into modern Paris.

The Parisii stater harks back to the coins of Philip II of Macedonia, which served as archetypes for the coinage of many Celtic tribes. The staters of the Parisii, however, are extremely abstracted and stylized.

The model coins featured on the obverse the head of the god Apollo and on the reverse a biga, a chariot drawn by two horses. Many of these elements have disappeared on the Parisii staters, for instance one of the horses, the chariot, and the driver. The net floating over the remaining horse supposedly reminds of the whip depicted on the original coin.