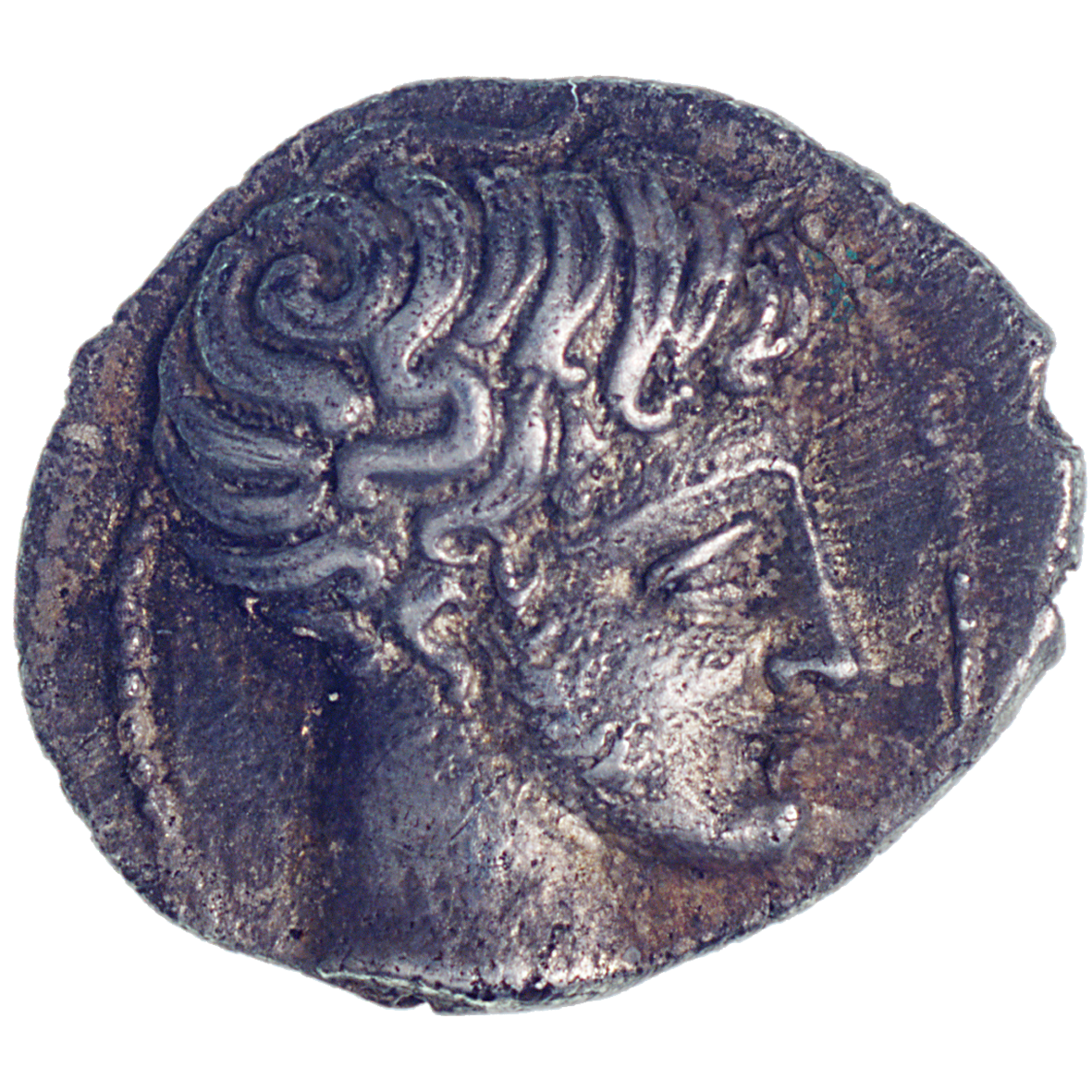 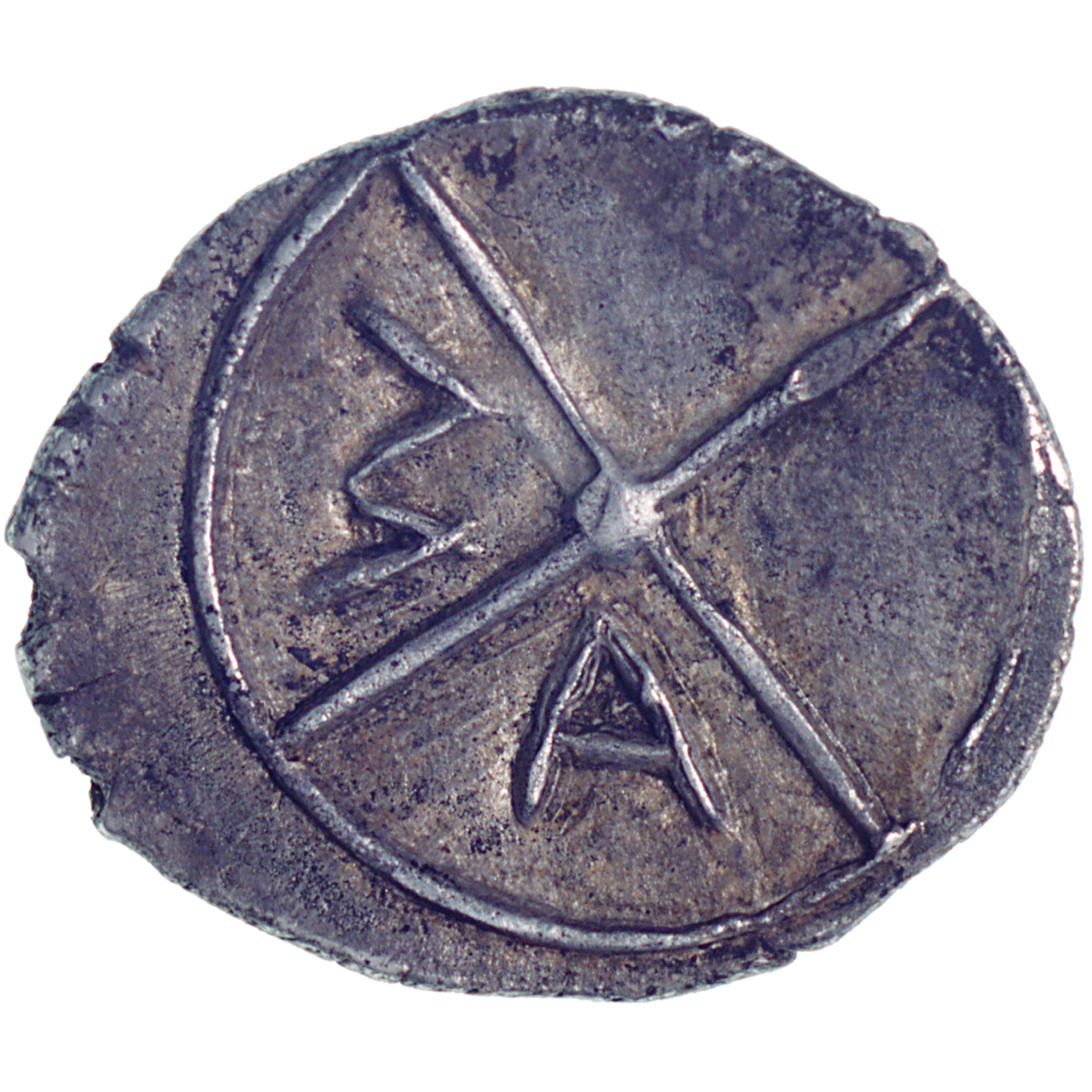 Massalia, the modern city of Marseille, became an important center of trade soon after its foundtion by Greek merchants in the 7th century BC. Supposedly it was a reloading point for silver.

The issue of obols gives evidence of a vivid trade in Massalia, which made it necessary to mint small change coins. This obol shows the head of a youth on the obverse and a wheel with the letters M – A for Massalia on the reverse.