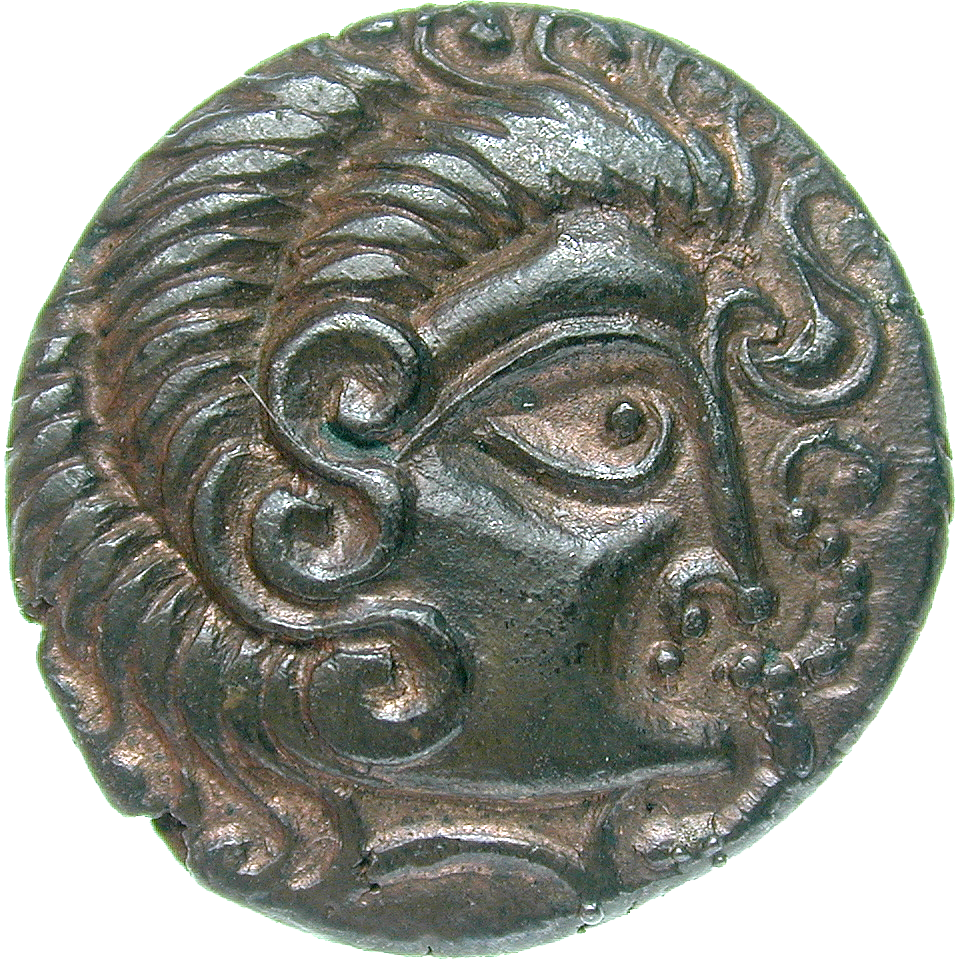 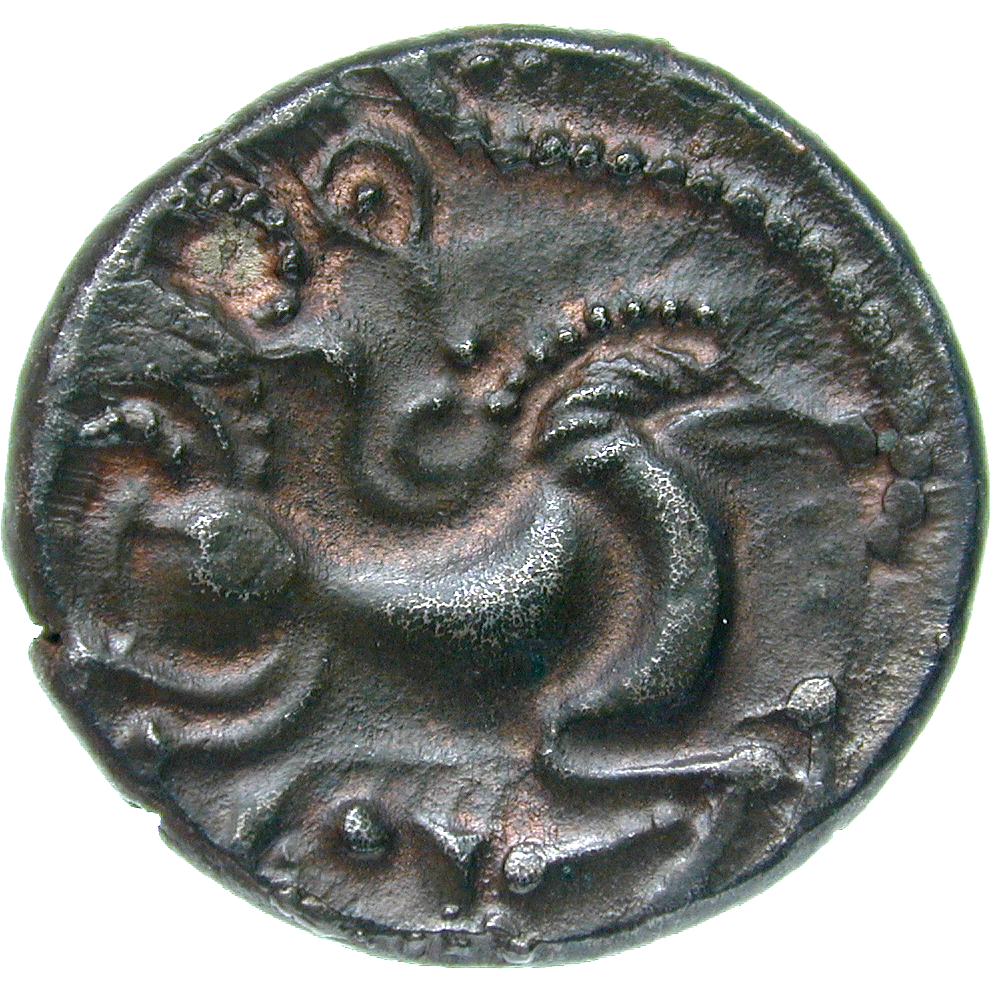 The Celts did not develop their own coin motifs but copied the images of well-known foreign coins. Over time these images became more and more abstracted and stylized, until they were truely Celtic.'

This potin coin could have been issued by the Celtic tribe of the Curiosolitae. The only thing known for sure, however, is that it originated in the region of northwestern Gaul, in Brittany. This was the westernmost border of the enormous area in which the gold staters of Philip II of Macedon were imitated.

The obverse therfore shows the head of the god Apollo, altough stylized and embellished with a magnificent head of hair. The horse and its rider on the reverse are represented only schematically. This is Celtic coinage at its best.