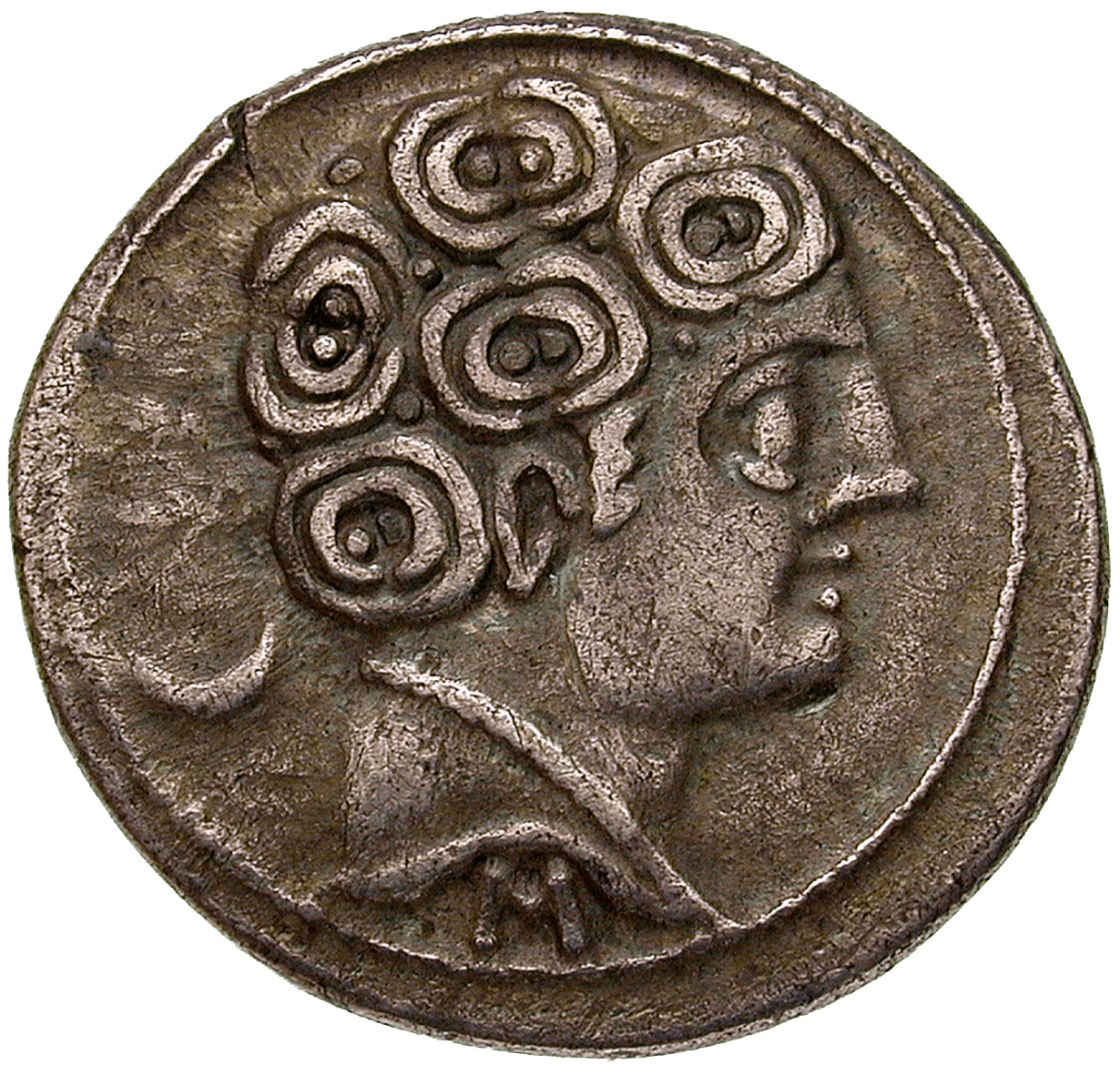 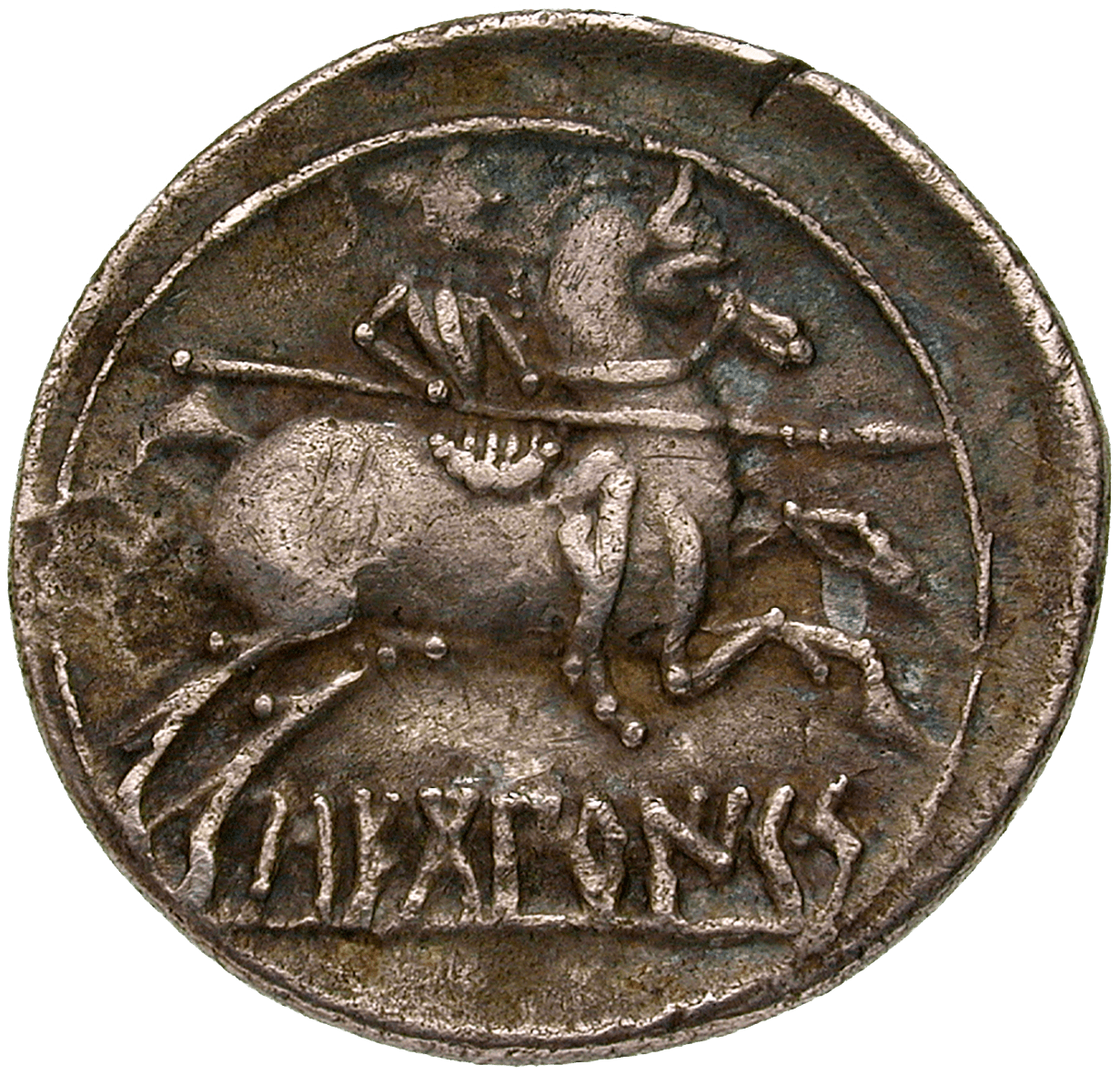 The Celtibrians were a group of tribes living in the center of the Iberian Peninsula in the last centuries BC. With its abundance of silver and other metals, Hispania played an important role at that time. As a result the Romans conquered the peninsula in the 2nd century BC, and gradually romanized its inhabitants.

Around 170 BC the Celtic and Celtiberian tribes of Spain began to mint their own coins. Their mint foot was geared after the Roman denarius, but the coin images were Iberian. Equestrians with lances were especially common, as can be seen on this coin.