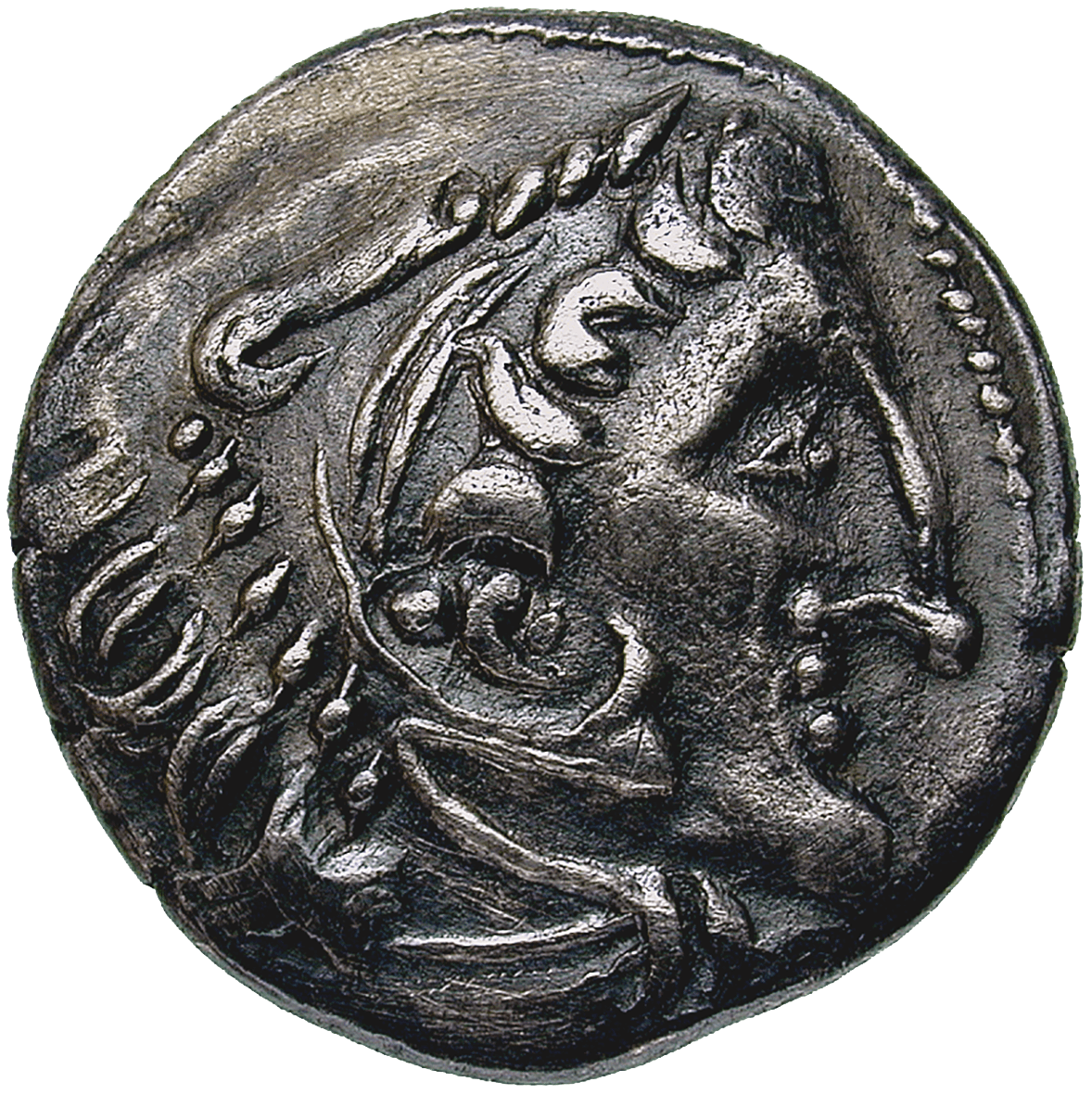 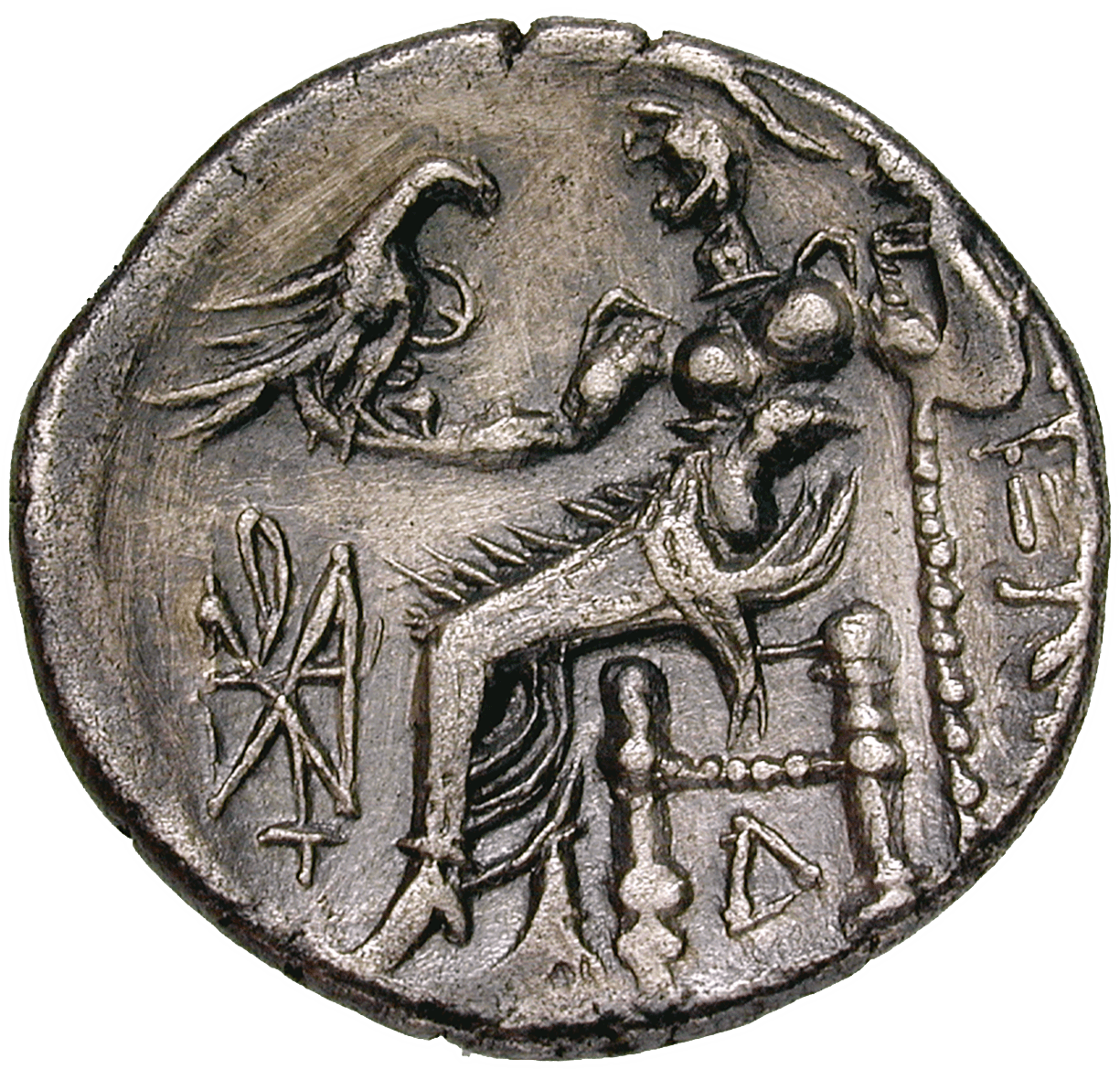 The Celts did not develop their own coin motifs, but copied the images of Greek coins. The model for this drachm was an issue of the Macedonian king Philip III Arrhidaios, the half brother and successor of Alexander the Great.

The piece is a relatively early Celtic issue, which is why it's motifs and inscriptions are not yet fully but only rudimentarily 'Celtisized.' The obverse shows the head of Heracles wearing a lion's skin, on the reverse sits Zeus with an eagle and a scepter. The prominent face of Heracles, however, has nothing in common any more with the classic Heracles on the original coin, and neither does Zeus exactly comply with a Greek godfather.