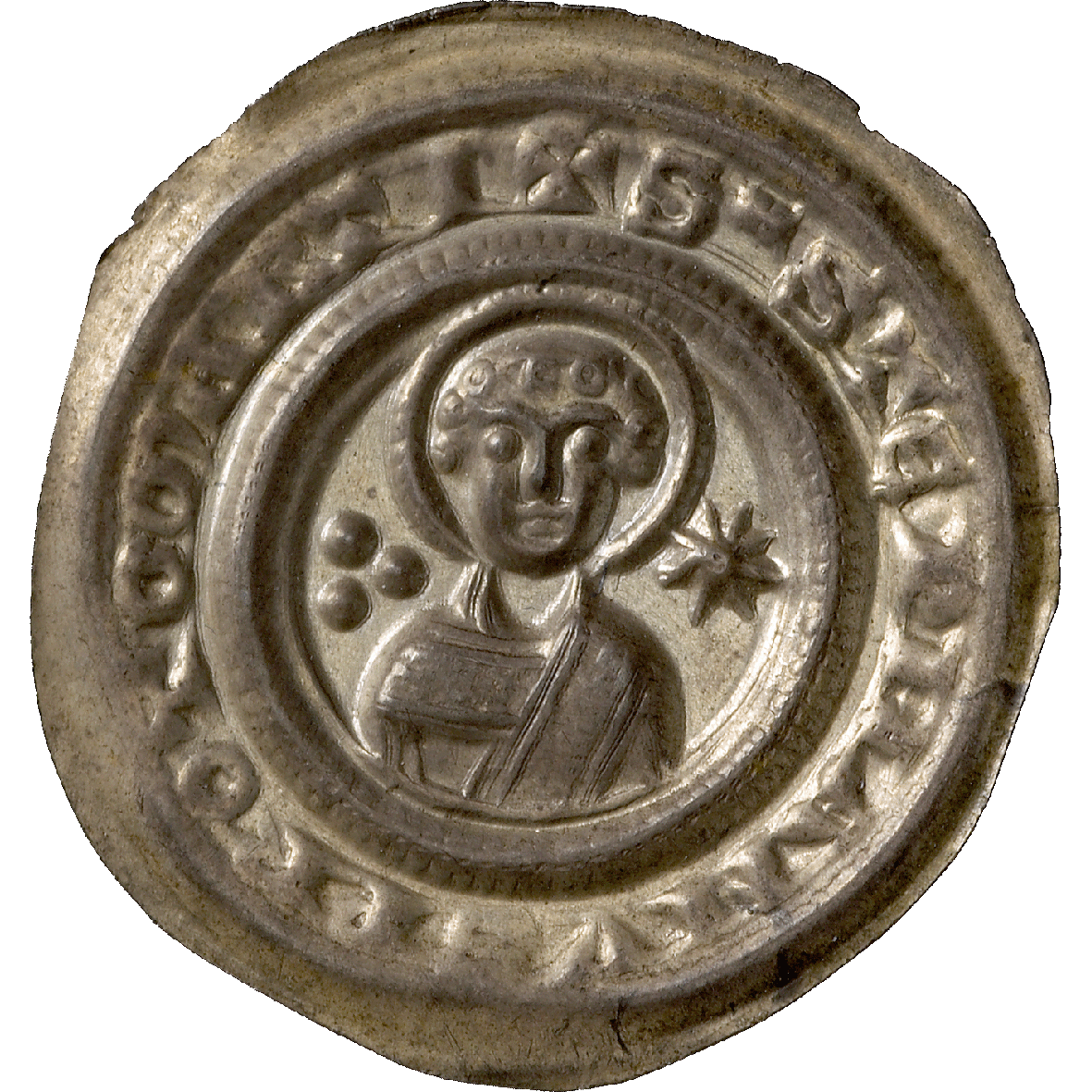 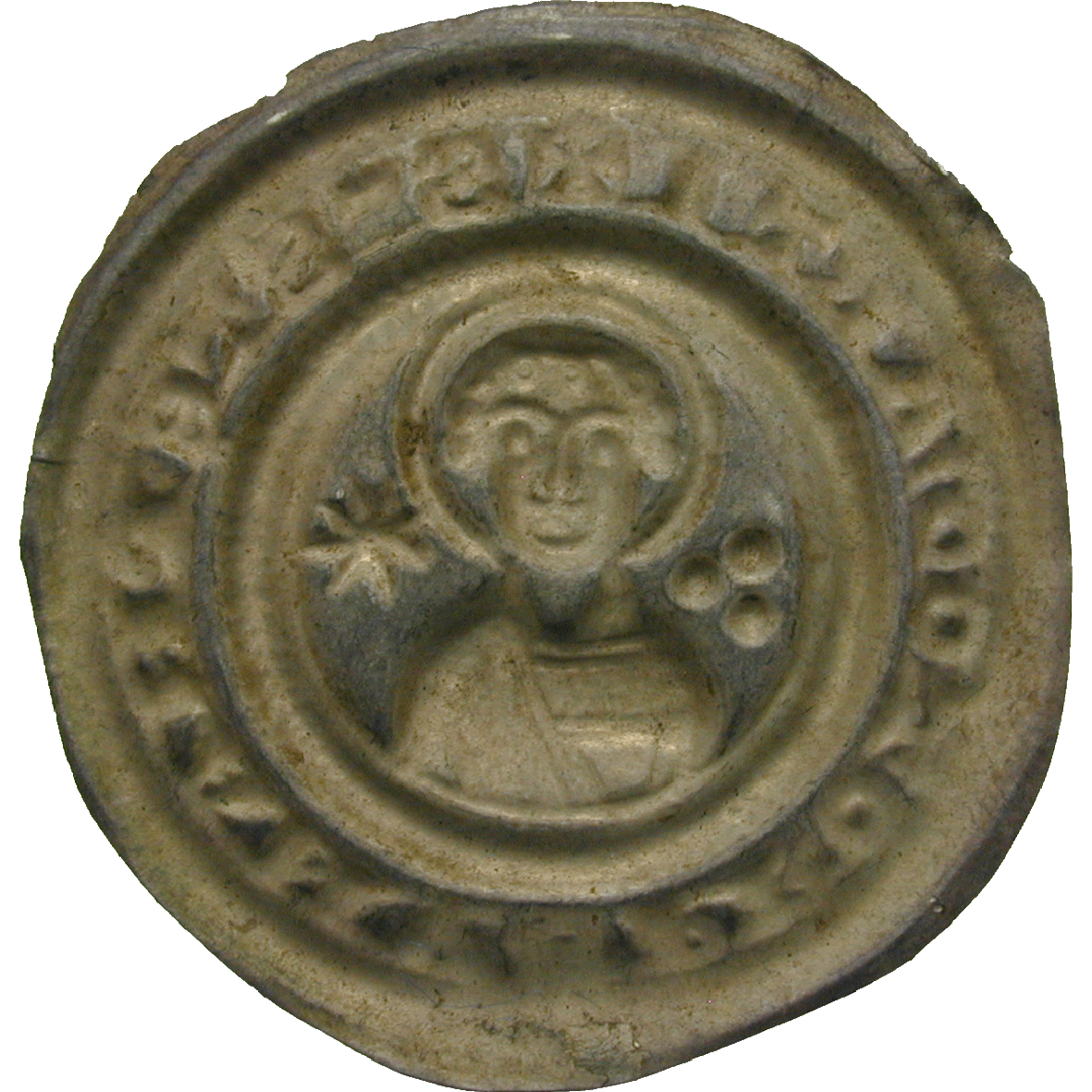 Bracteates are high quality pieces of art. Sometimes, the signature of the die cutter is hidden somewhere in their image. This indicates that bracteates were considered as objects of art already at their date of origin. Unfortunately, however, the name of the die cutter working in the Episcopal mint of Halberstadt is unknown. Nevertheless, his hand can be distinguished on bracteates from different mint authorities: The "master of Halberstadt" was an expert among die cutters. His works date from the third quarter of the 12th century; his specialty was illustrating the martyrdom of holy Stephan. He depicted different phases of Stephan's martyrdom on a series of bracteates and thus narrated the legend of Stephan as picture story.