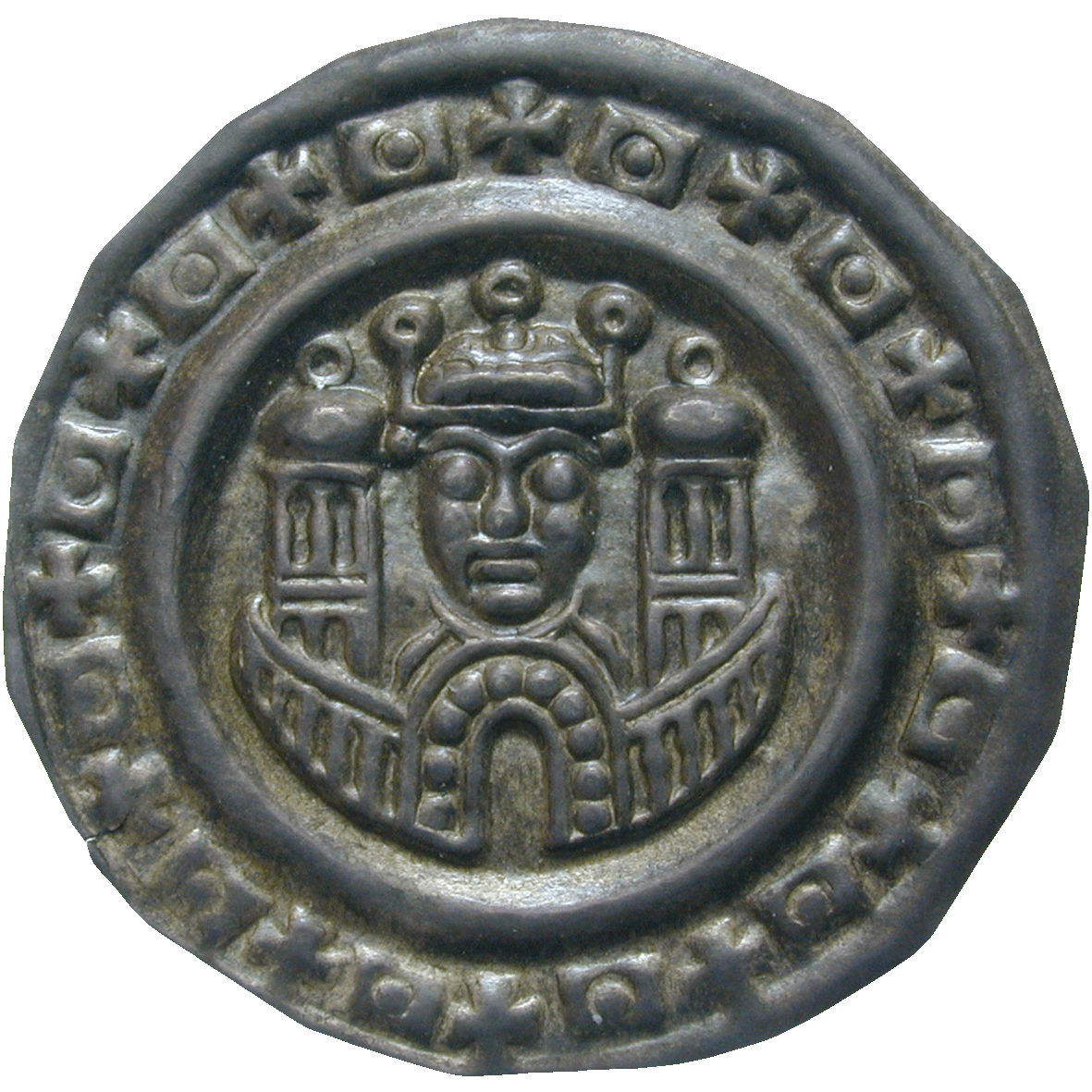 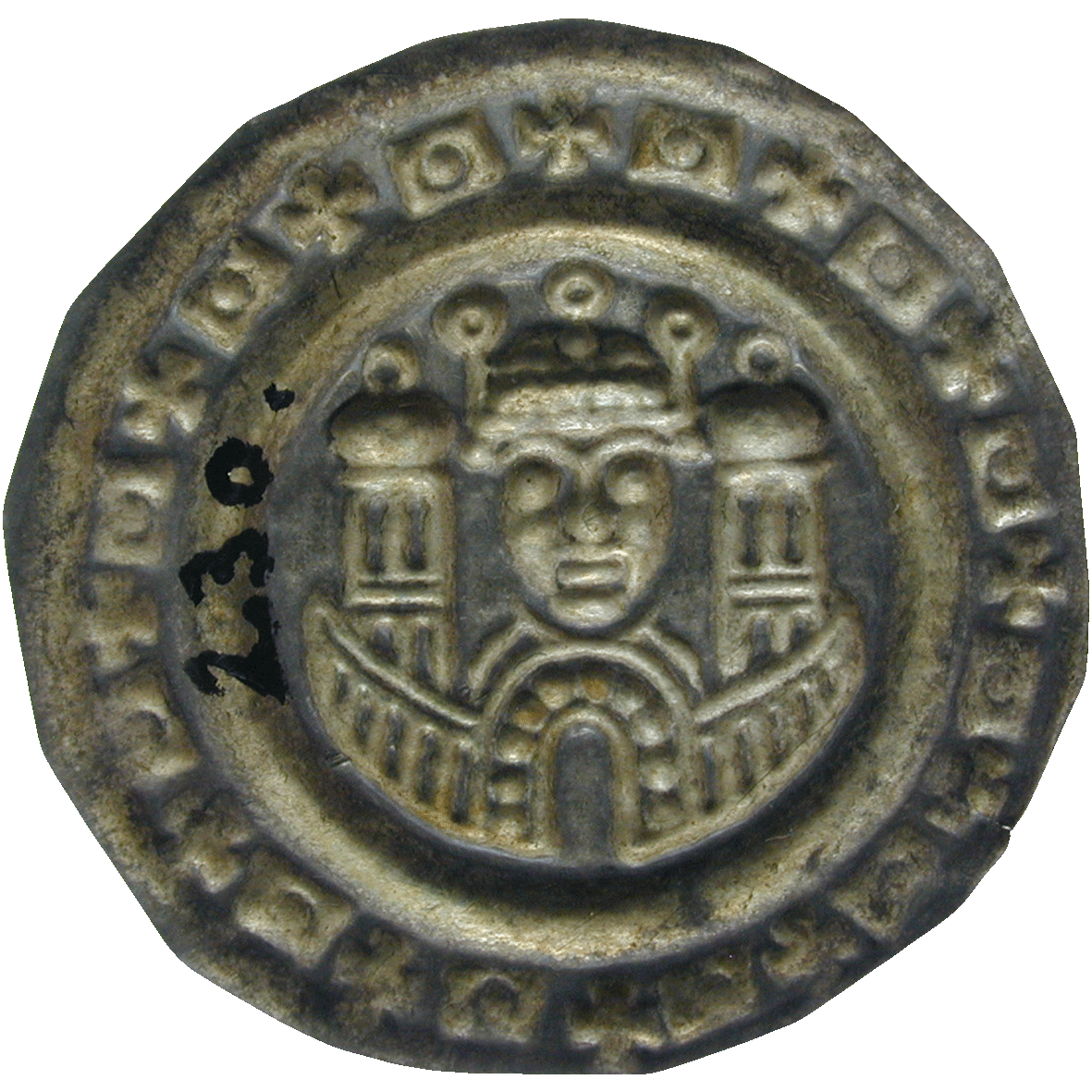 In 1191, Emperor Henry VI of Hohenstaufen took over the mint of the duchy of Ravensburg and turned it into an imperial mint. The bracteates bore the towns crest, the city gate of with its two fortified towers.

When Henry's son Frederick II became king in 1215 (until 1250), he modified his father's coin motif – the Ravensburg bracteates now bore Frederick's bust between the towers.

The Ravensburg gate of not only appeared on coins but also on the city seal. It was always depicted wide open; in this way it symbolized both openness as well as readiness for defense.