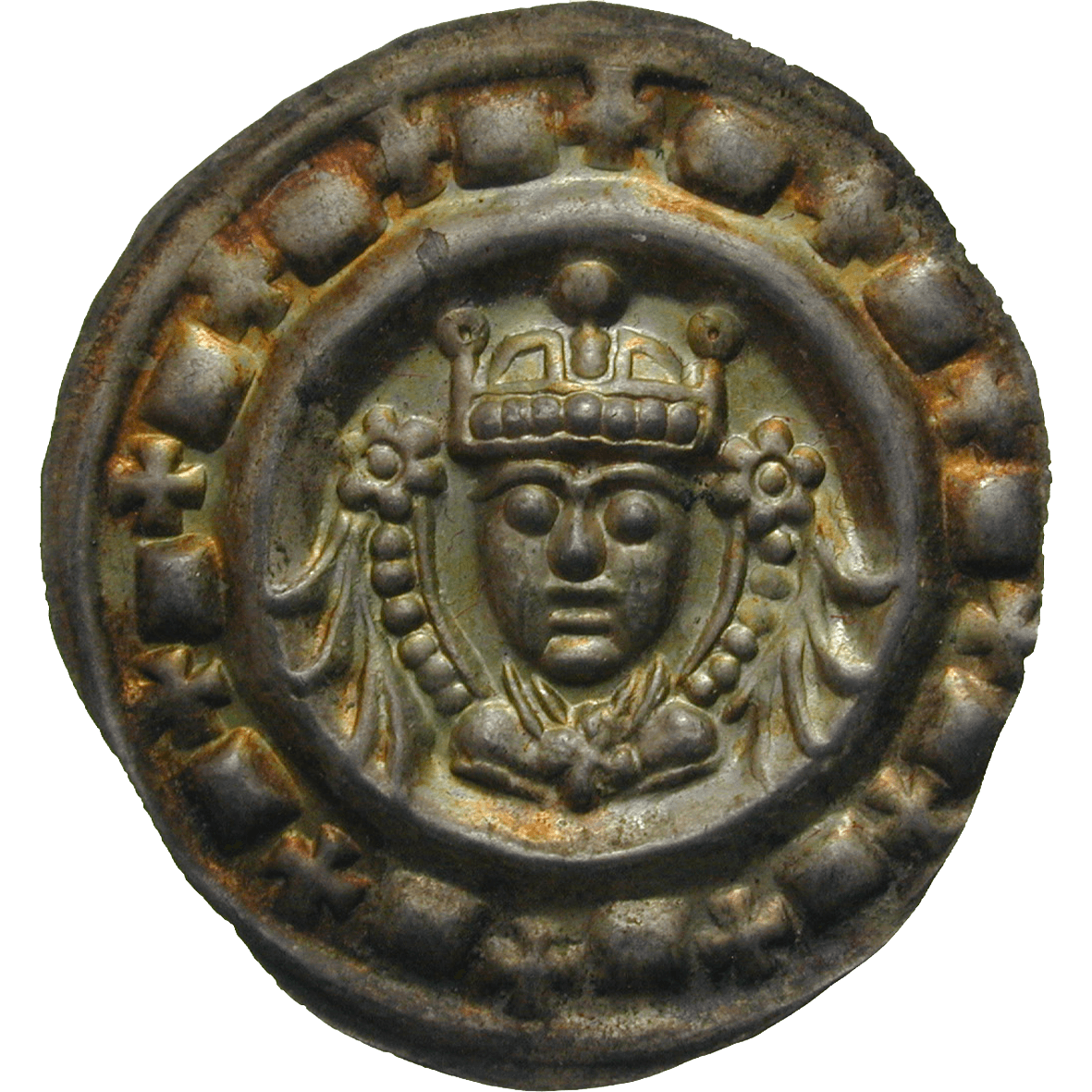 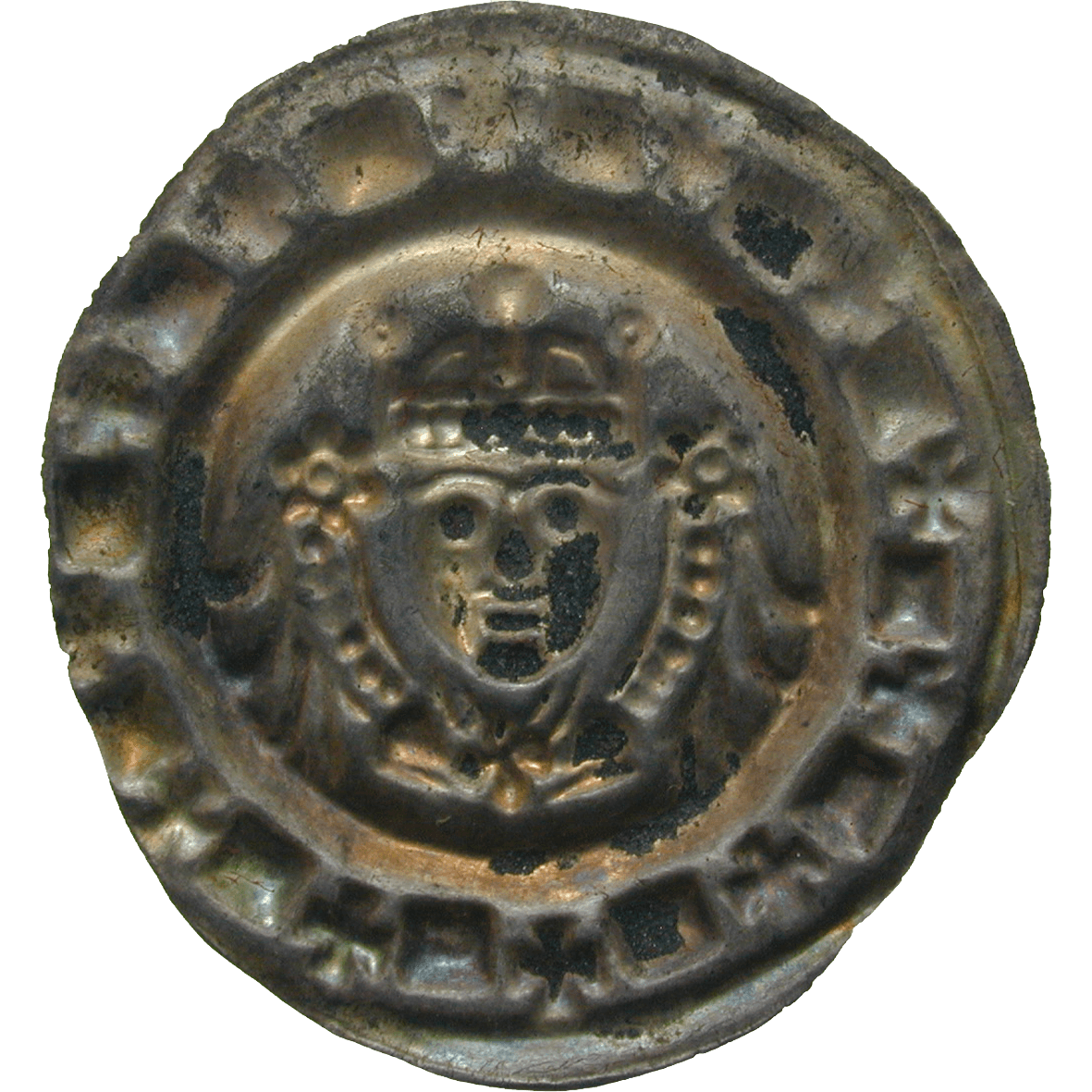 Every mint, whether imperial, secular or ecclesiastical, minted bracteates with their own motifs in the German feudal states. The thin hollow pfennigs, as the bracteates were called then, were regularly demonetized, and replaced by new coins. Obviously, the new issues had to differentiate from the old ones. Otherwise, how would one know whether a coin was valid or not? Hence, the mints were obliged to vary their motifs.

This Pfennig was minted under Frederick II (1194-1250) in the imperial mint of Ulm. Ulm pfennigs always depicted different variations of the king’s bust. On one emission Frederick raised his hand for the oath, on others he was flanked by a tower, or he was depicted with wings growing out of his shoulders, like on this coin.