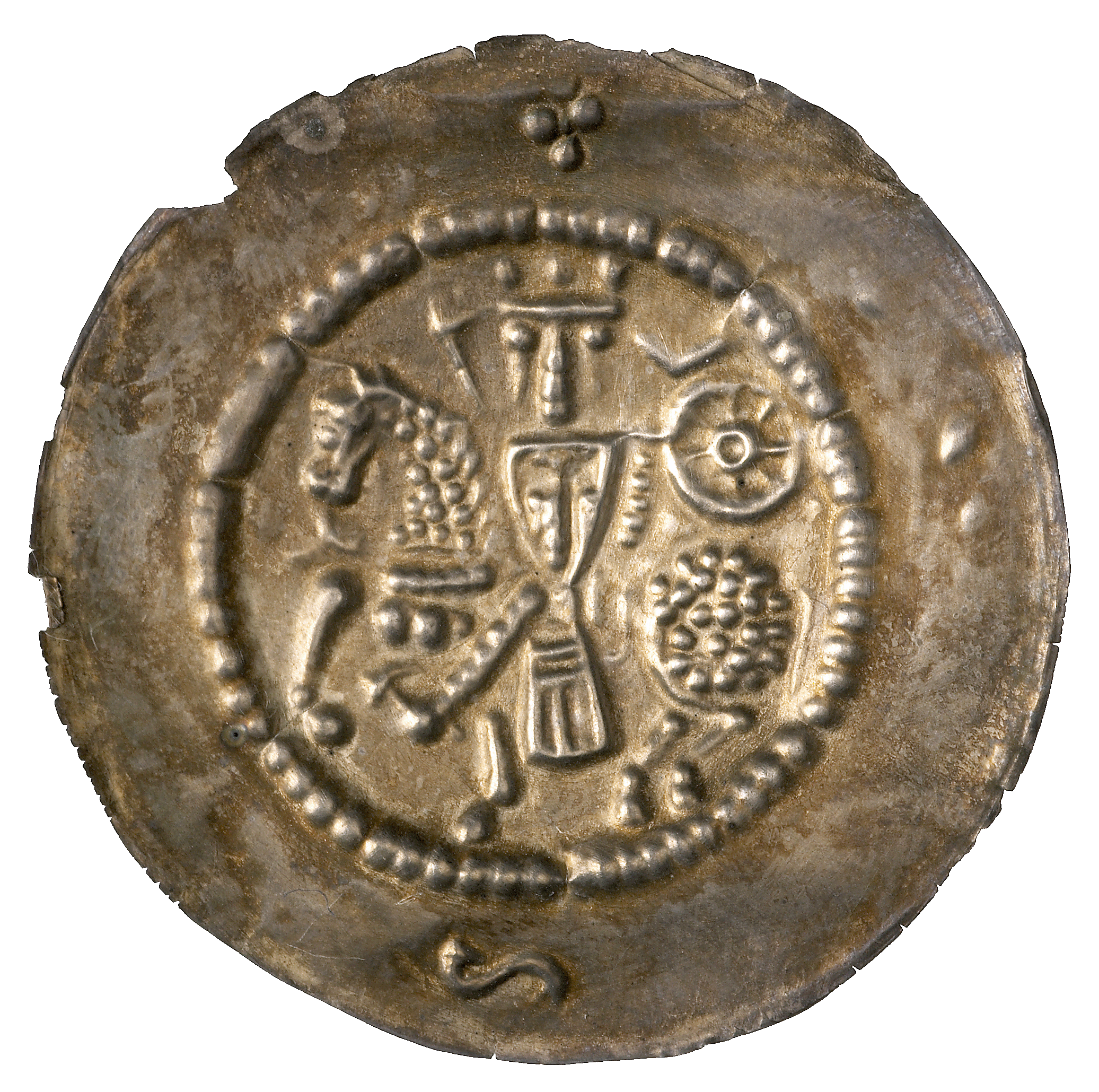 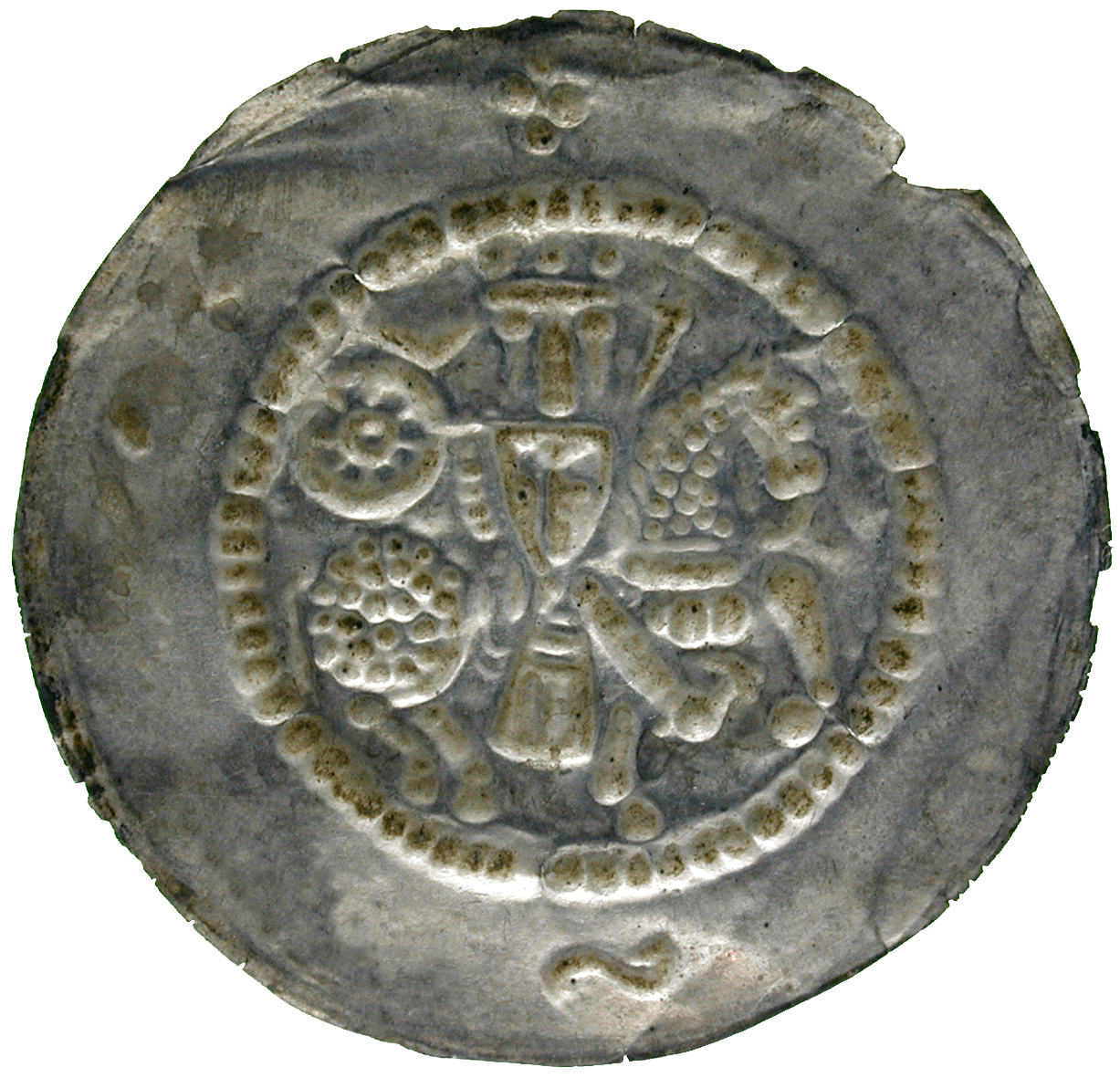 The issue of such thin bracteates that were minted on one side only began around 1130 and reached its artistic peak in the second half of the century. Around 1200 artistic decline began, and the bracteates of the 13th century already give the impression of being struck carelessly and without any skill. This bracteate from the 13th century. It depicts a king with a flag and a shield on horseback; behind the rider is a wheel, and on the edge are three pellets and a laying S. The coin supposedly was an issue of Emperor Frederick II (1194-1250), yet it could also be of his predecessor Otto IV.