Kingdom of Lesser Armenia in Cilicia, Zabel and Hethum I, Tram 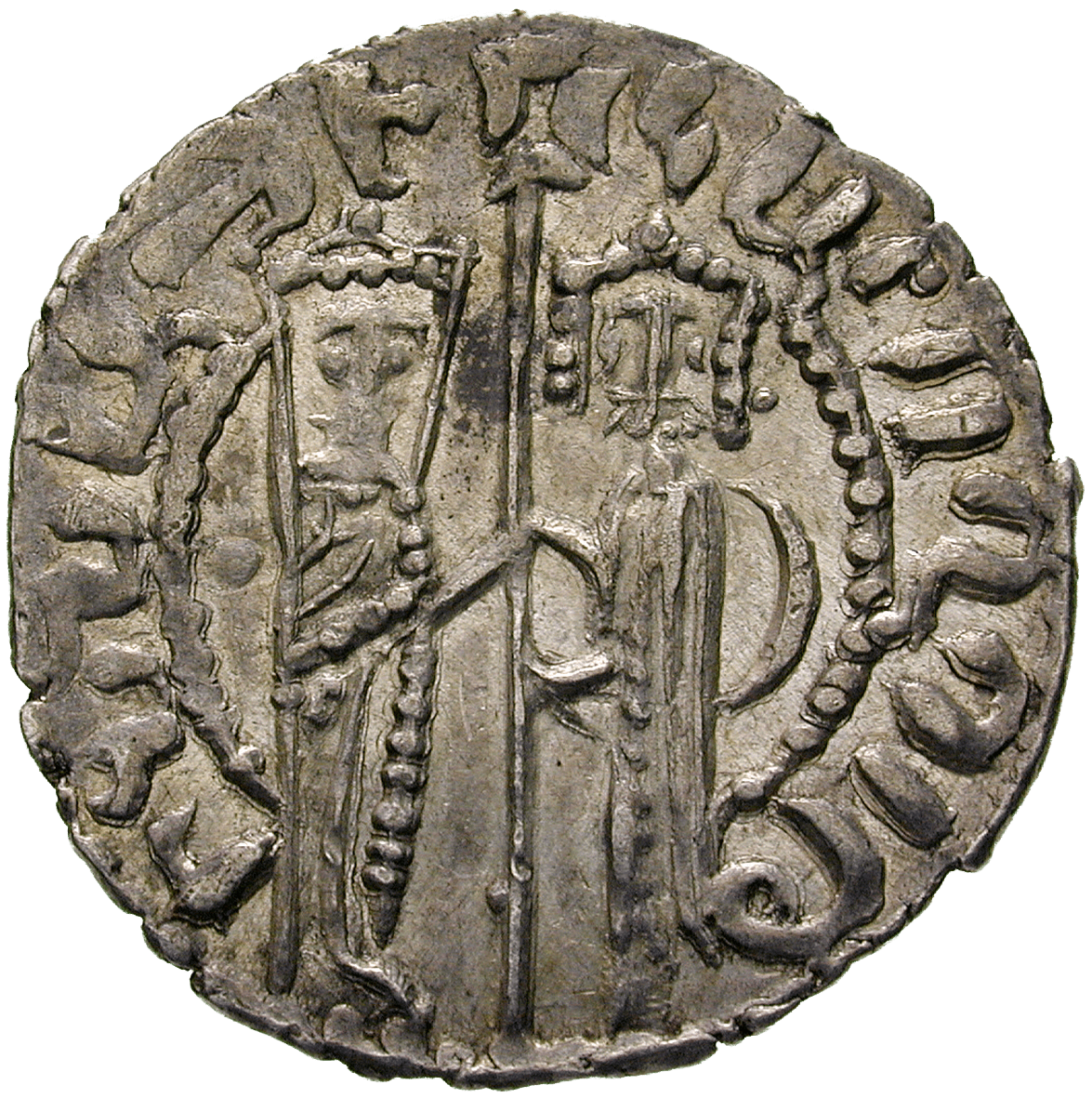 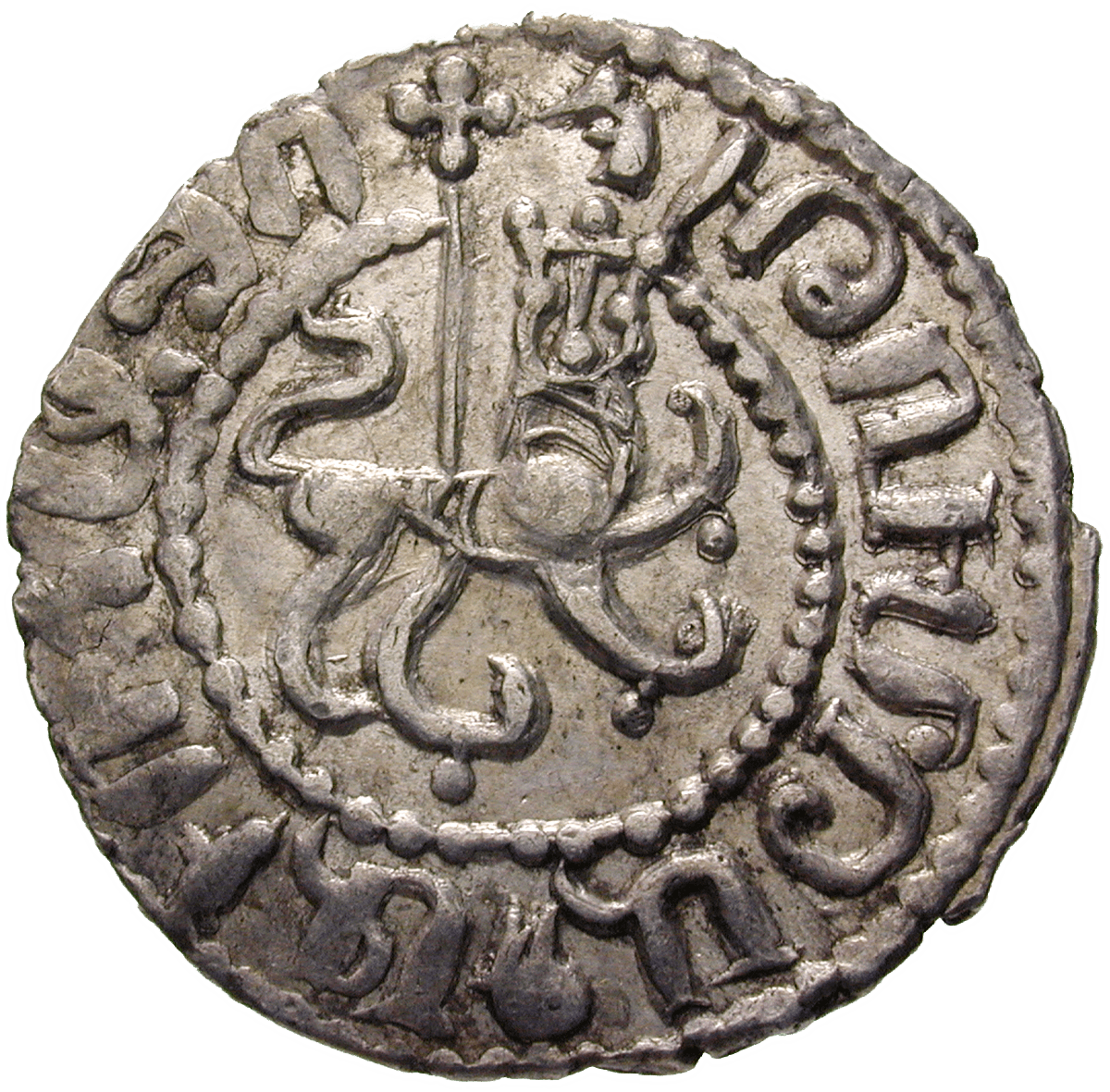 This silver coin, a tram (also dram), was issued in Cilicia, where from 1080 to 1375 existed an Armenian exile kingdom: After the invasion of Armenia by the Seljuk, ten thousands of Armenians fled into the Byzantine Empire, where they founded the Kingdom of Lesser Armenia (or, more exact: the Armenian Kingdom of Cilicia). In 1219, after the death of her father, the throne of Lesser Armenia went to Princess Zabel, who was then about eight years old. Some years later, she was forced into marriage with Hethum, a son of the regent Constantine of Lampron: Zabel was still under age at that time and thus not allowed to reign. Hence Hethum took over power and the Armenian throne (1226-1270). Zabel and Hethum founded the dynasty of the Hethumids that remained on the throne of Lesser Armenia until 1375. This coin shows the couple on the obverse, a patriarchal cross between them. The reverse depicts a lion with a crozier.