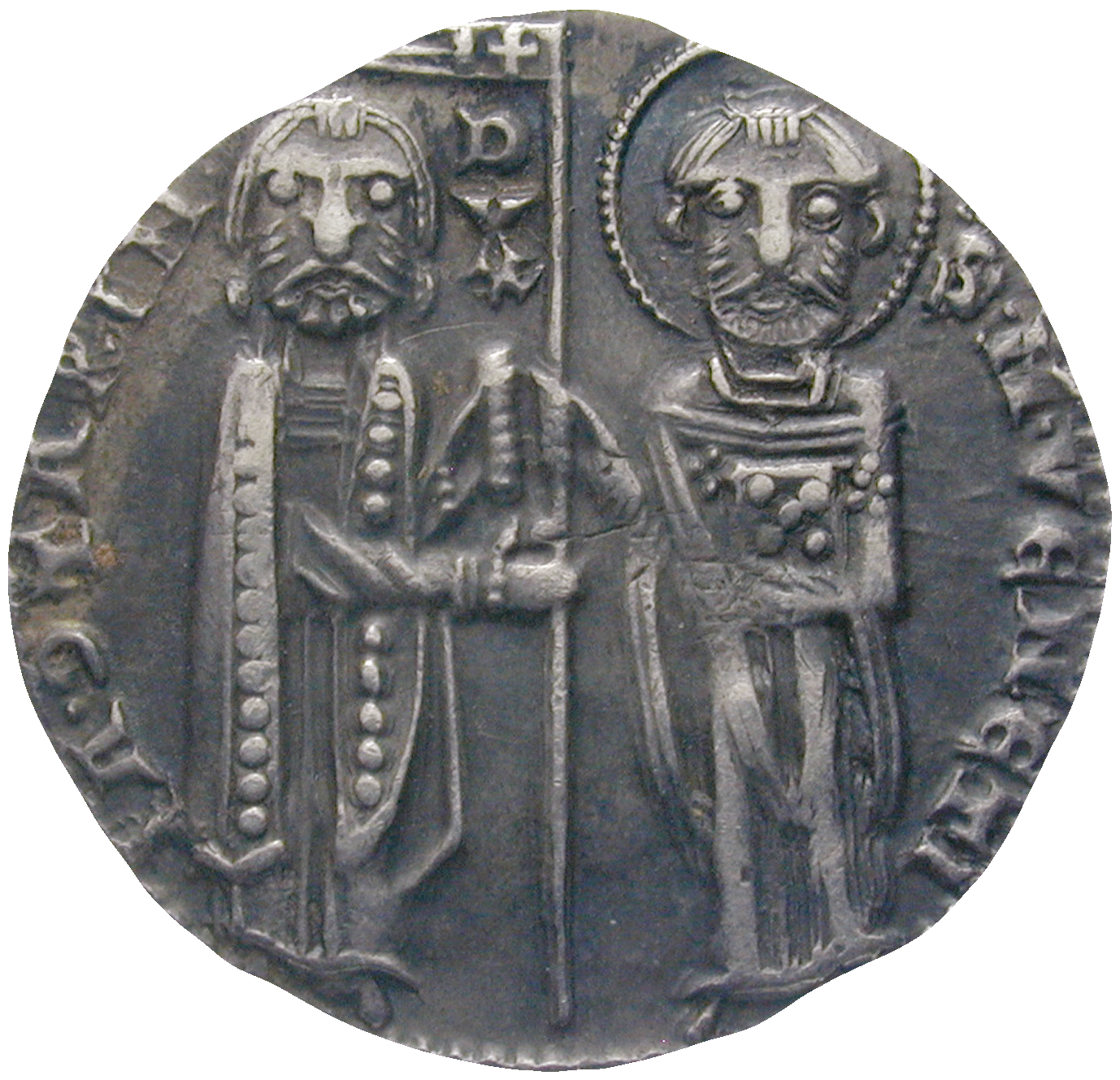 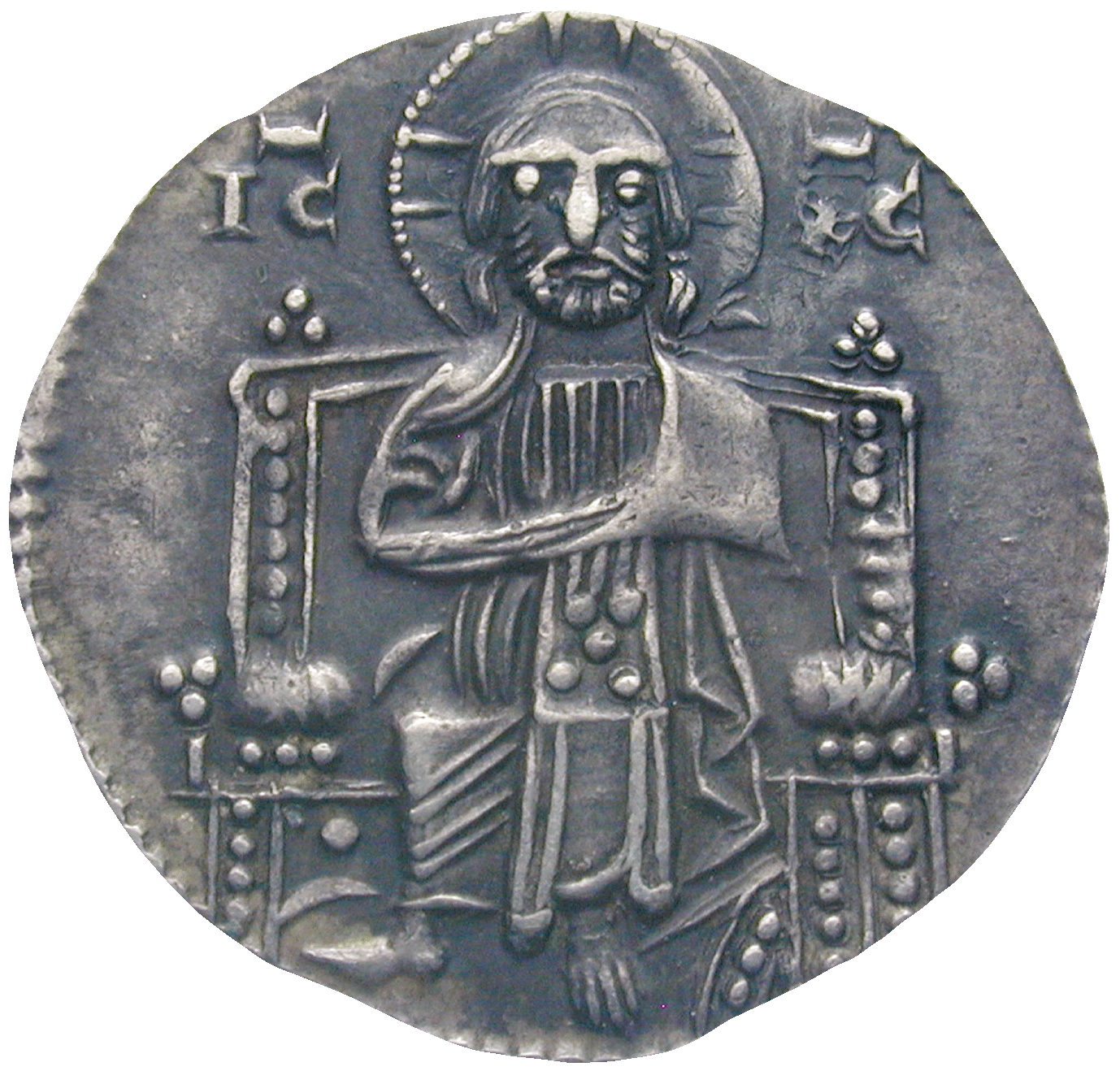 Inthe year of 1198 the pope once again appealed for the conquest of the Holy Land. At that time large parts of Palestine and particularly Jerusalem were still in the hands of the Muslims. The crusaders mustered in Venice, as it had been decided to take the sea route. Venice was to organize the transportation of the troops and to rig up a fleet. To finance this fleet, Venice was impelled to issue new silver coins. Until then, the inner-European trade had been financed with denarii (pennies), small coins of low values. Now, the time had come for a larger, heavier silver coin. Hence Venice developed the grosso (groat), a silver piece worth 12 denarii. It became soon known as matapan, after the Arabic expression for the sitting figure of Christ on the reverse. The obverse bore the Doge together with the Venetian city saint Mark.