Kingdom of England, Edward I, Penny 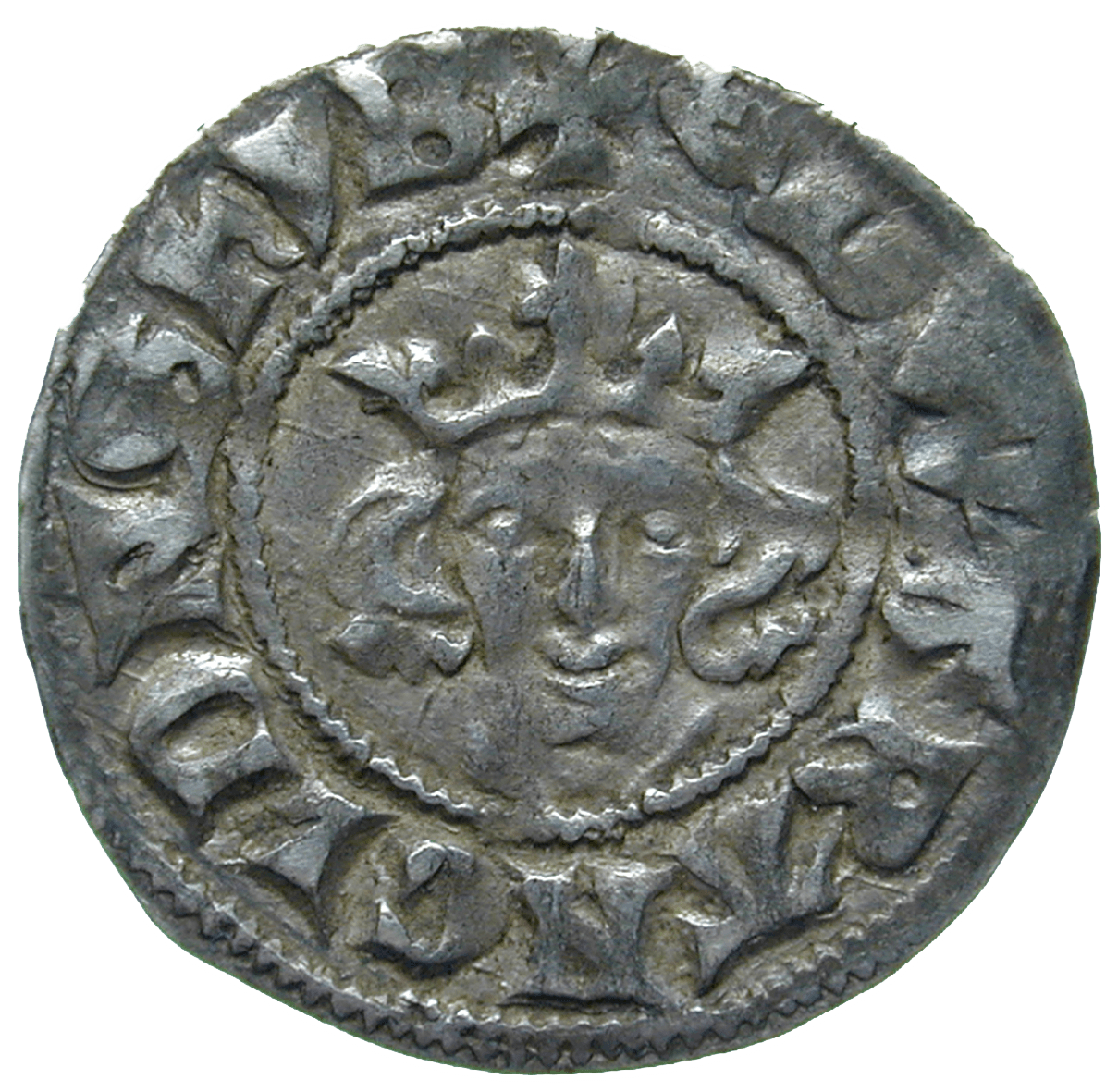 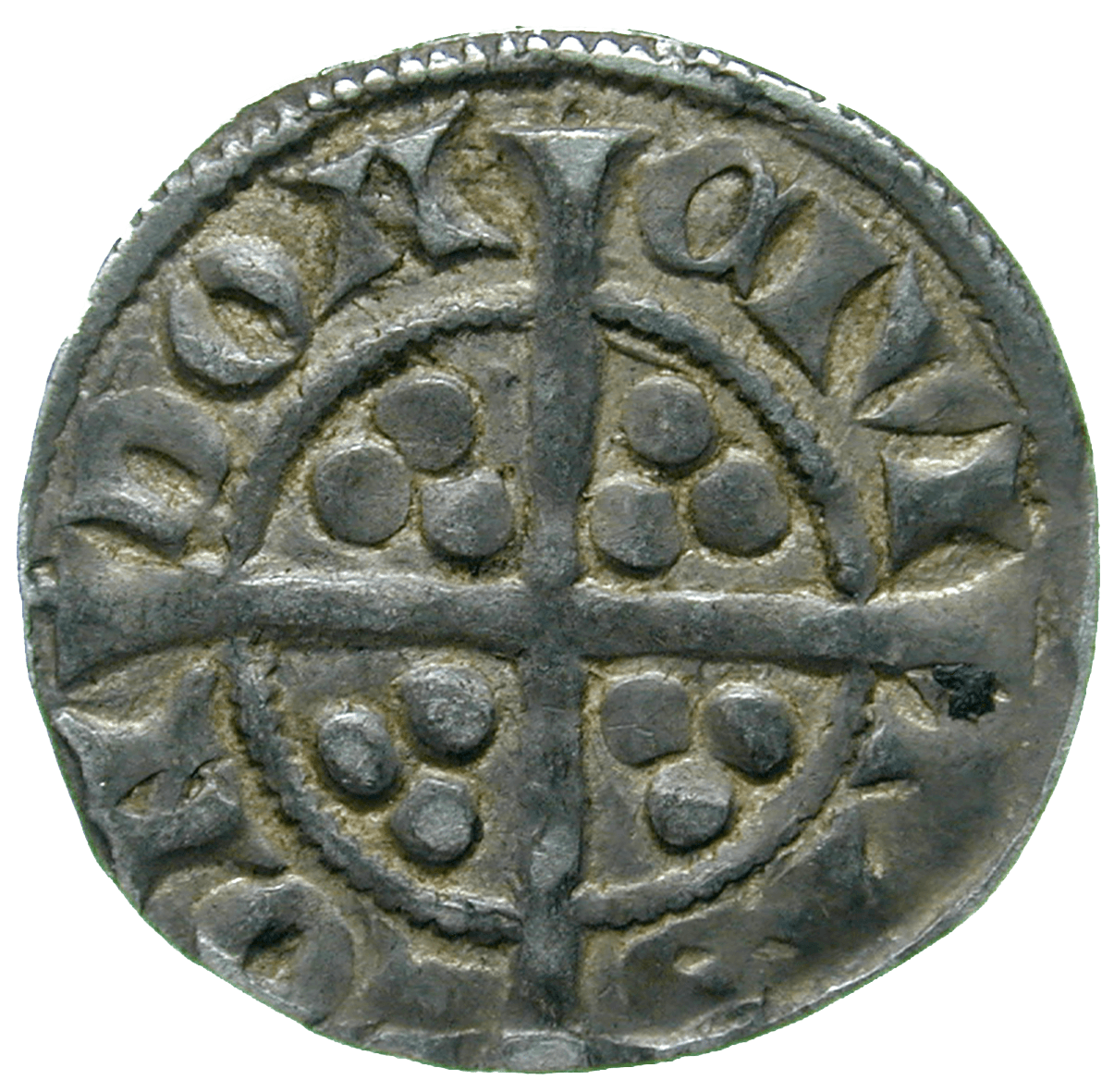 In 1279, King Edward I (1272-1307) carried out a general recoinage in England. The kingdom was quite wealthy at that time, but economically backward. The penny was the only coin in circulation, and seemed to satisfy the needs of the traders well enough. In the course of his recoinage, Edward replaced the pennies of his forerunners by a new penny. It bore the king's bust on the obverse, while the reverse showed a simple long cross. The arms of the cross were made long in the hope of rendering clipping more difficult. The new penny soon developed into an internationally desired means of payment, and was gladly accepted on the Continent as well. In western Germany and the Low Countries, it was frequently copied.