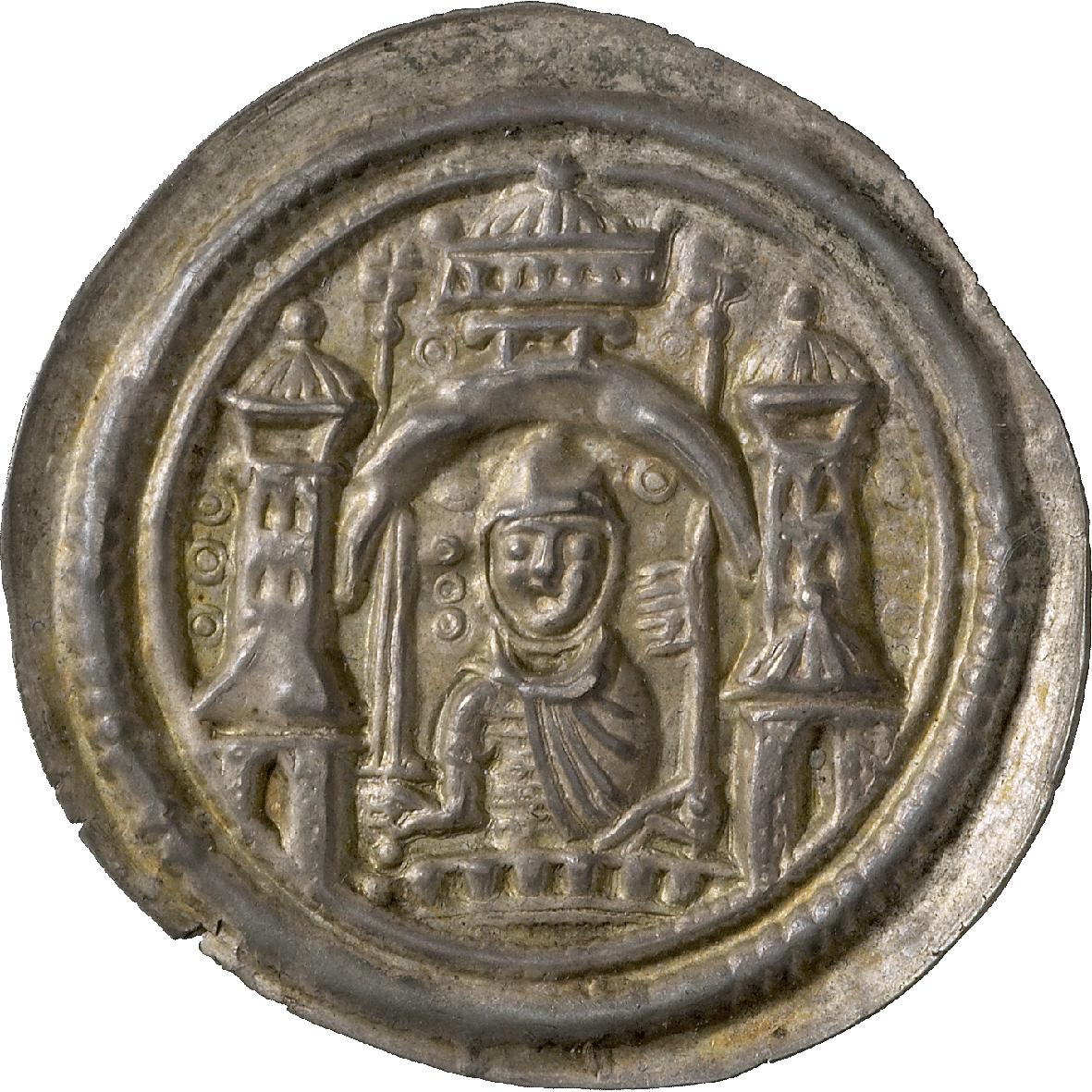 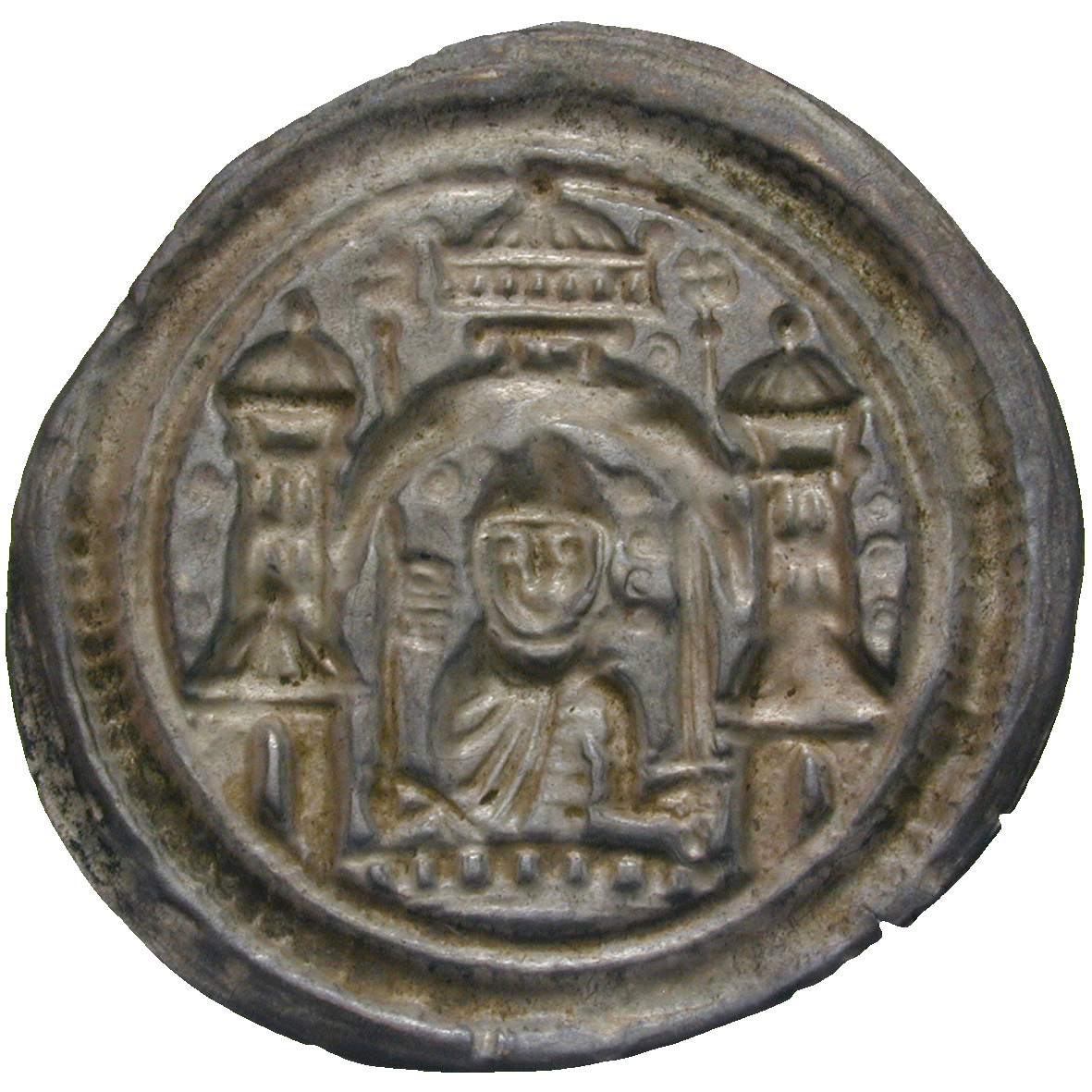 The Ascanians were one of the important dynasties of the 12th century. The family's name derived from their seat near Aschersleben, Ascaria Castle. Later, the Ascanians adopted the title "Dukes of Anhalt." Albert the Bear (1123-1170), whom we see on this penny, contributed considerably to the gain in power of the Ascanians. Albert was a man who – be it by diplomacy, be it by force –, took every opportunity for expansion. From early on, he concentrated his interest on the eastern territories. Albert is held as one of the initiators of the Wendish Crusade of 1147. Ten years later, he conquered Brandenburg and became the first Margrave of Brandenburg.