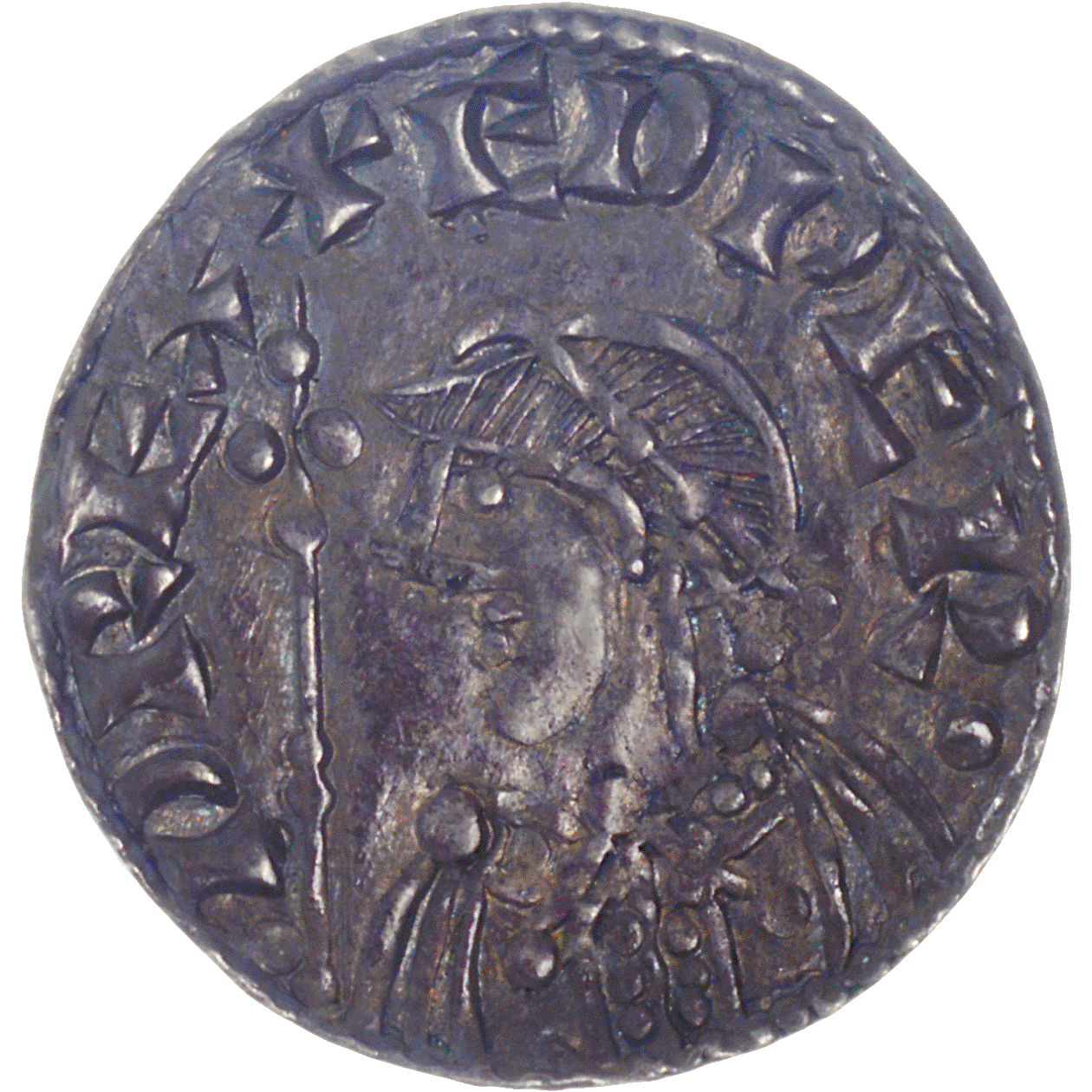 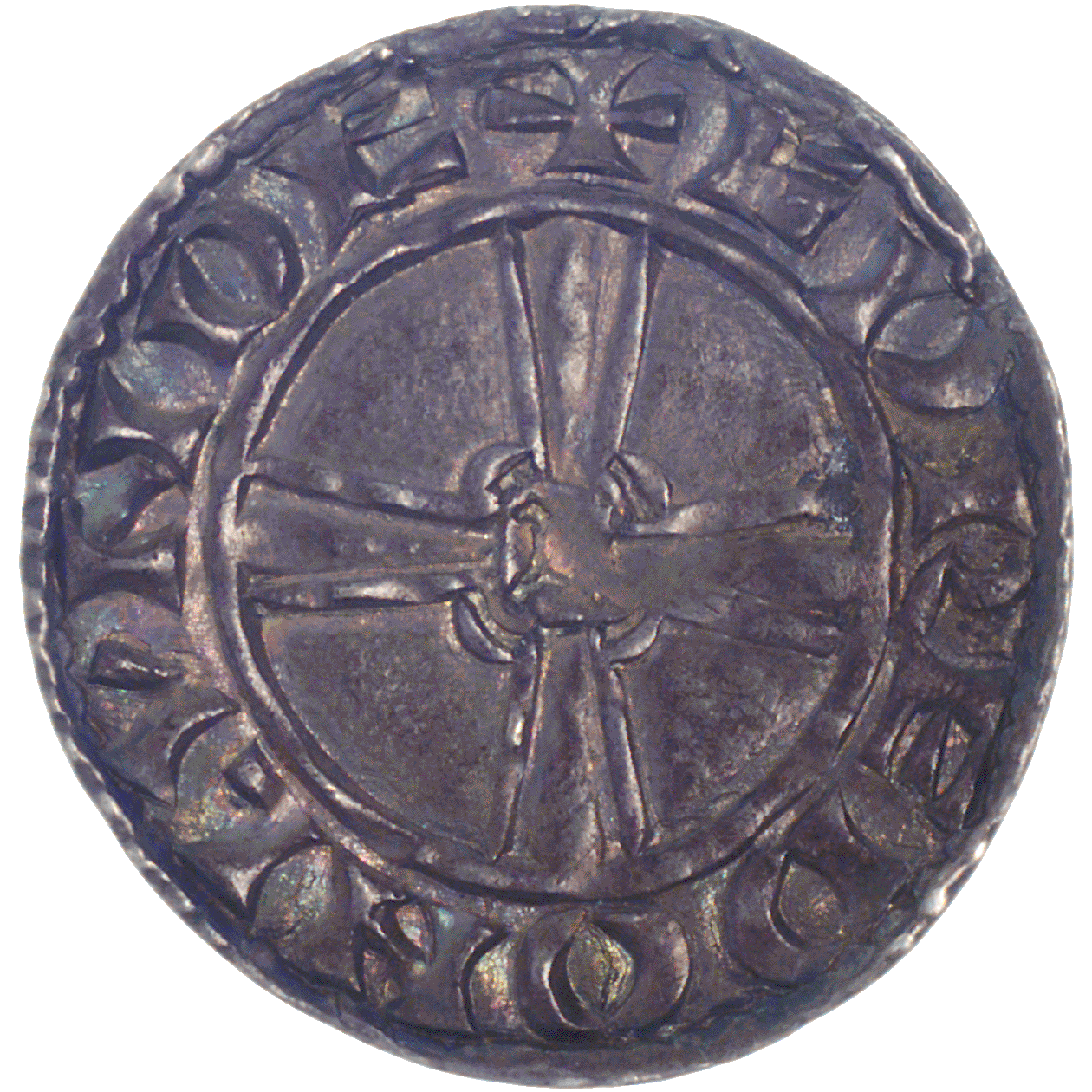 The 11th century was a turbulent time in England. Among the political events of that time were the Viking devastations, the Danish conquest of large parts of England under Canute the Great, the restoration of the Wessex dynasty in the person of Edward the Confessor (1042), and finally the invasion of the island by the Normans (1066). During all that time, however, the names of the moneyers on English coins remained Anglo-Saxon or Danish – which shows how these specialists survived all political changes, and how each regime was anxious to retain a coinage system working so well. This penny was minted under the reign of Edward the Confessor (1042-1066), who had grown up in the Normandie. After the death of his half-brother Hardecanute, Edward left his Norman exile to ascend to the English throne.