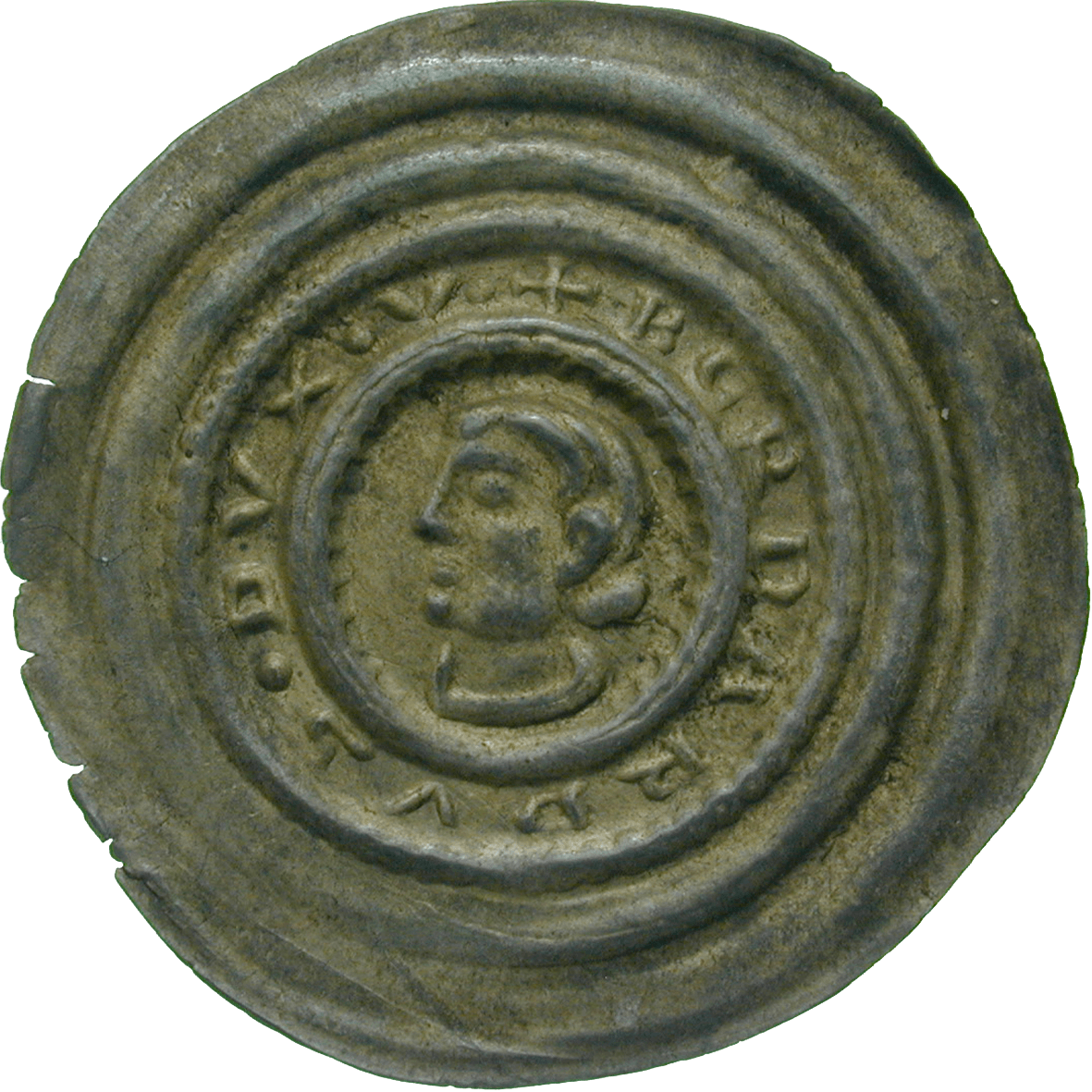 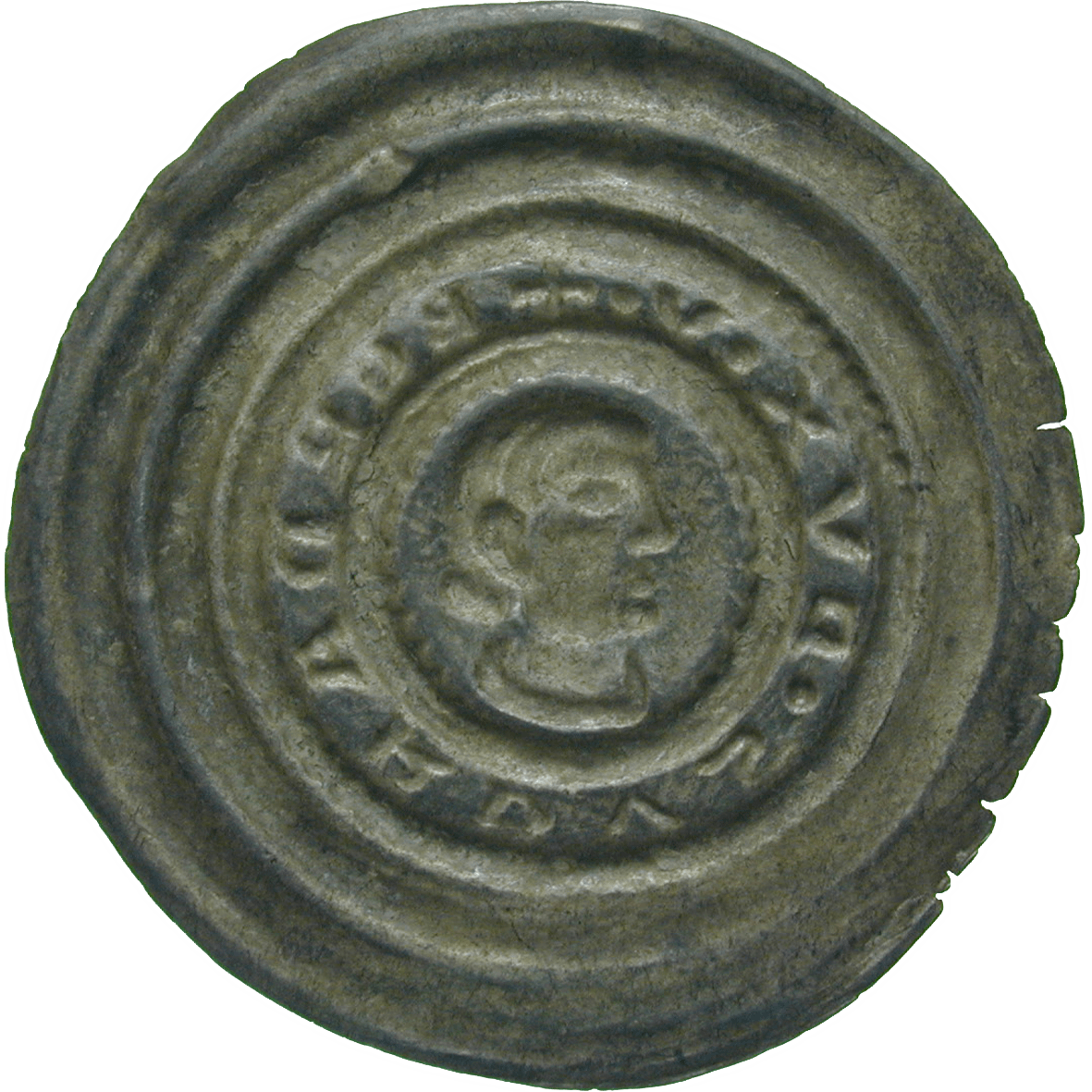 With the beginning of the 11th century began the development of the lands of Saxony. Roads were built and settlements founded, and in the course of the 12th century, the first towns began to emerge. Living in towns and large villages requires money, because goods have to be valuated and purchased. Hence in Saxony around that time, the minting of local bracteates began. This coin was issued in Wittenberg by Bernhard of Saxony (1180-1212). The motif is plain and somewhat clumsy. It shows the duke in profile and the legend BERNARDVS DVX. This is unusual, as bracteates typically did not bear any scriptures.