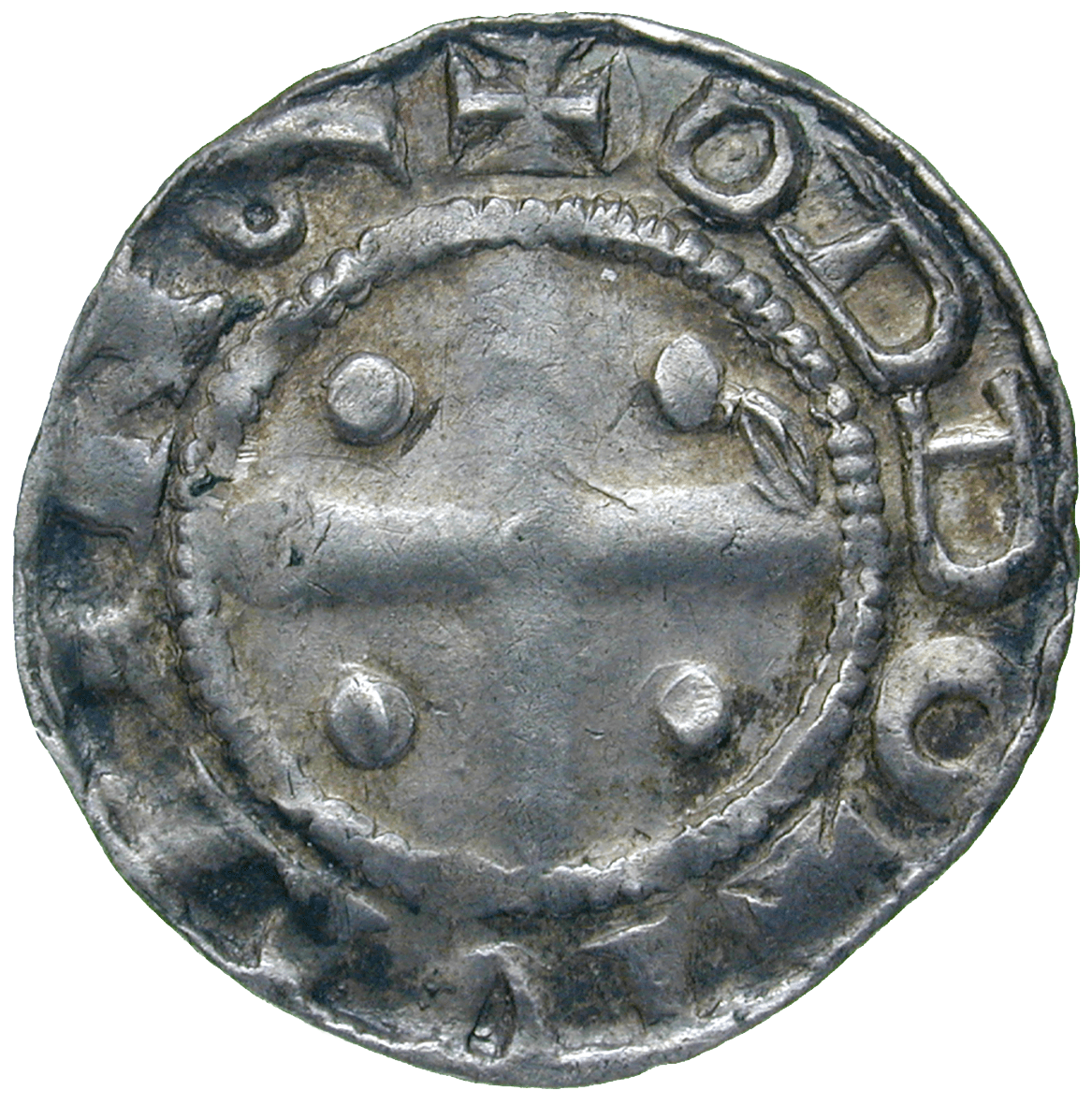 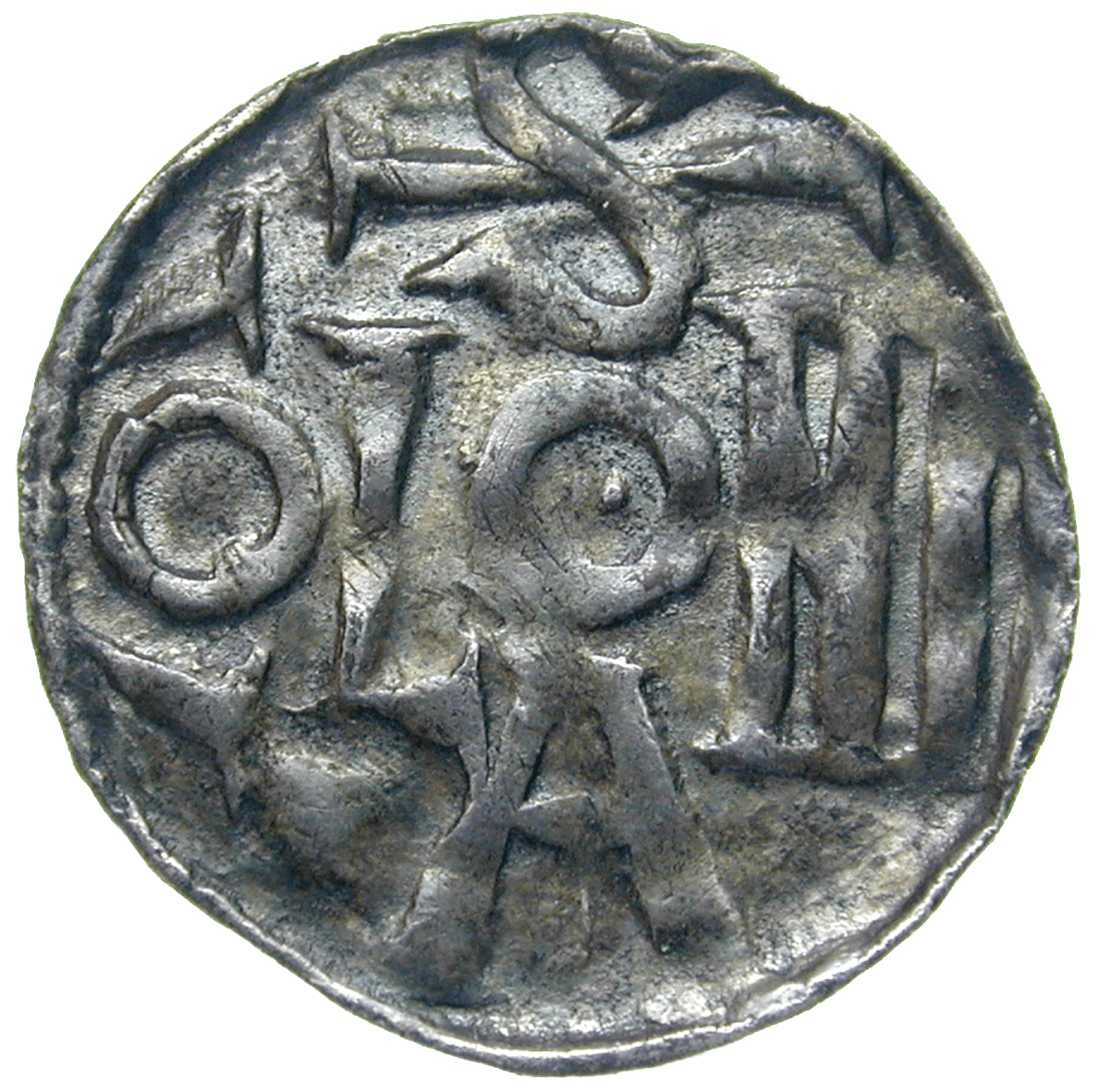 The city of Soest issued its first denari (or pfennigs) towards the end of the 10th century. They were imitations of the popular pfennigs from Cologne, from which they are hardly distinguishable. But then, an imperfect die changed the design on the coins from Soest: On one of the pellets in the corners of the cross on the obverse, a tail-like elongation got stuck. This accessory became a bow, in the course of time, and then a barleycorn. Until the 14th century, it remained the typical attribute on the coins from Soest. The mark of Soest is clearly recognizable in the upper right corner of the cross on the obverse of this pfennig. The reverse bears the design typical for the Cologne pfennig: The city's name S(ancta) COLONIA A(grippinensis) on three lines.