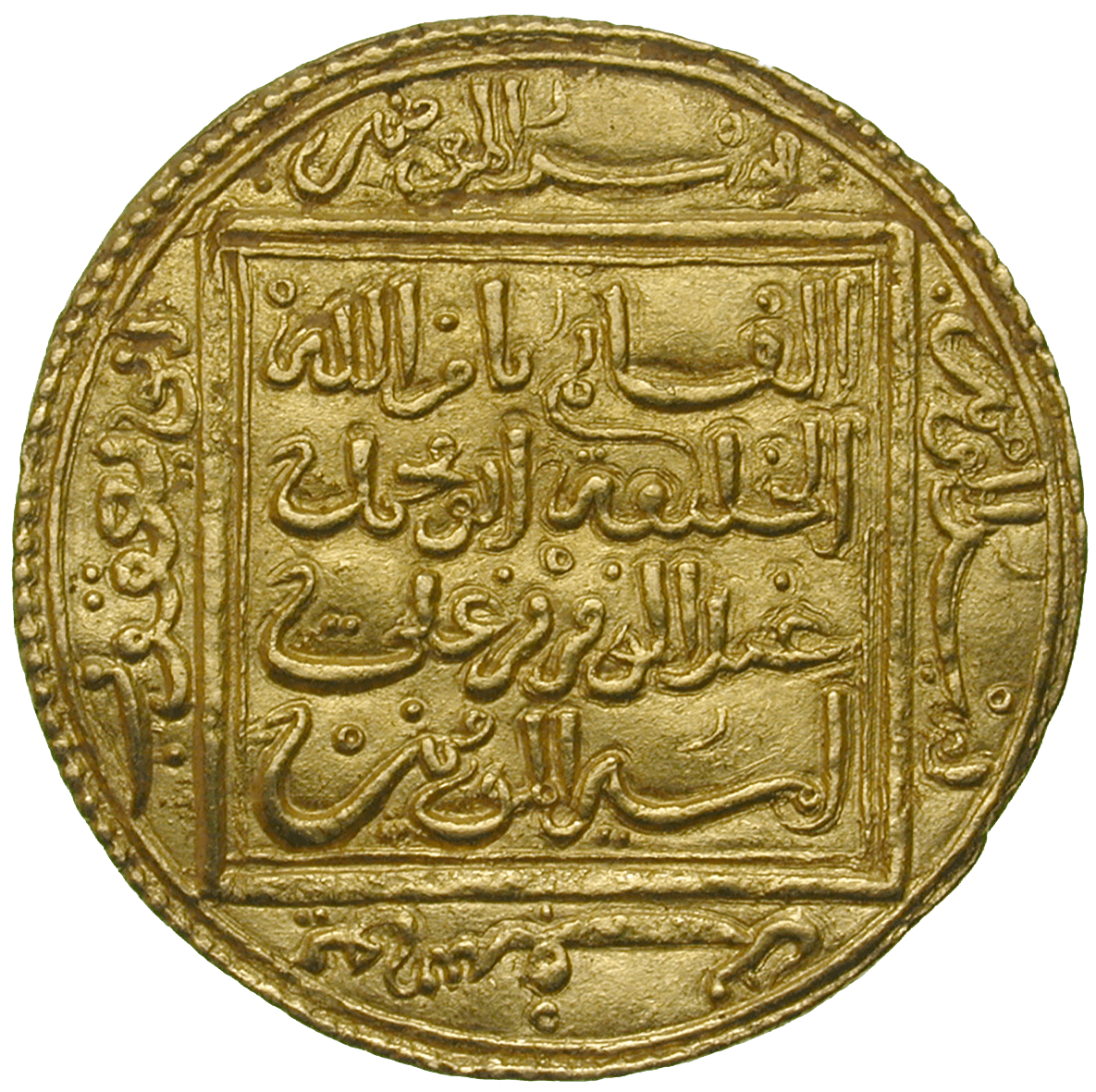 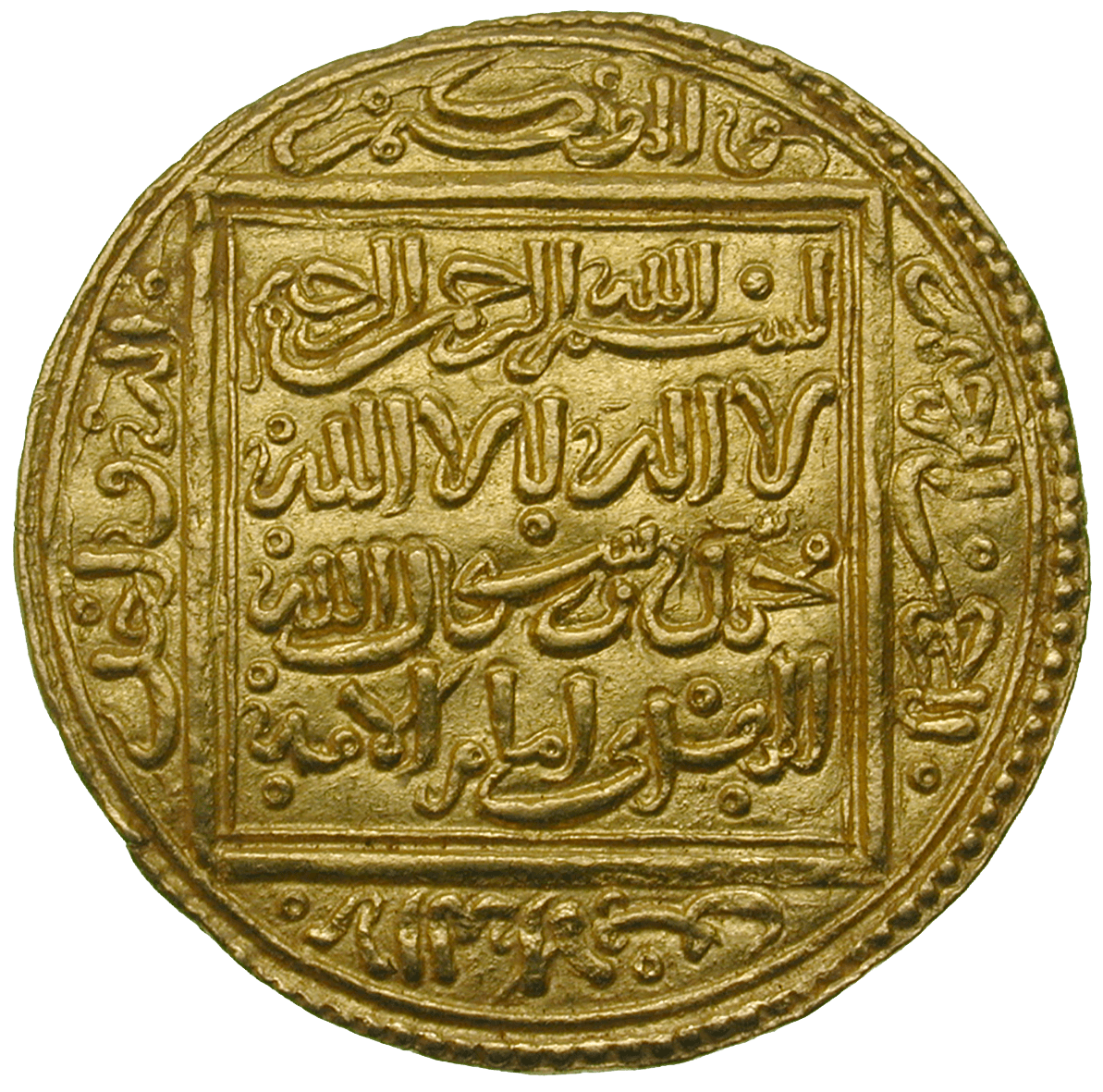 In the 12th century arose a new religious movement of the most rigorous observance among the Masmuda Berbers of the High Atlas. Its adherents called themselves Almohads (from al-Muwahhidun = those who affirm the unity of God). In 1147 AD they conquered Marrakech and soon thereafter controlled the entire western part of the Islamic world.

The Almohads introduced a new denomination that became soon known under its Spanish name, 'la dobla.' Its weight lay between 4.46 and 4.70 grams; this dinar with it's almost 2.3 grams is a half piece.

The dobla had an entirely new design: both faces featured a square set within the circle. The script was changed from Kufic to Thuluth, with which the writing lost its former angularity.