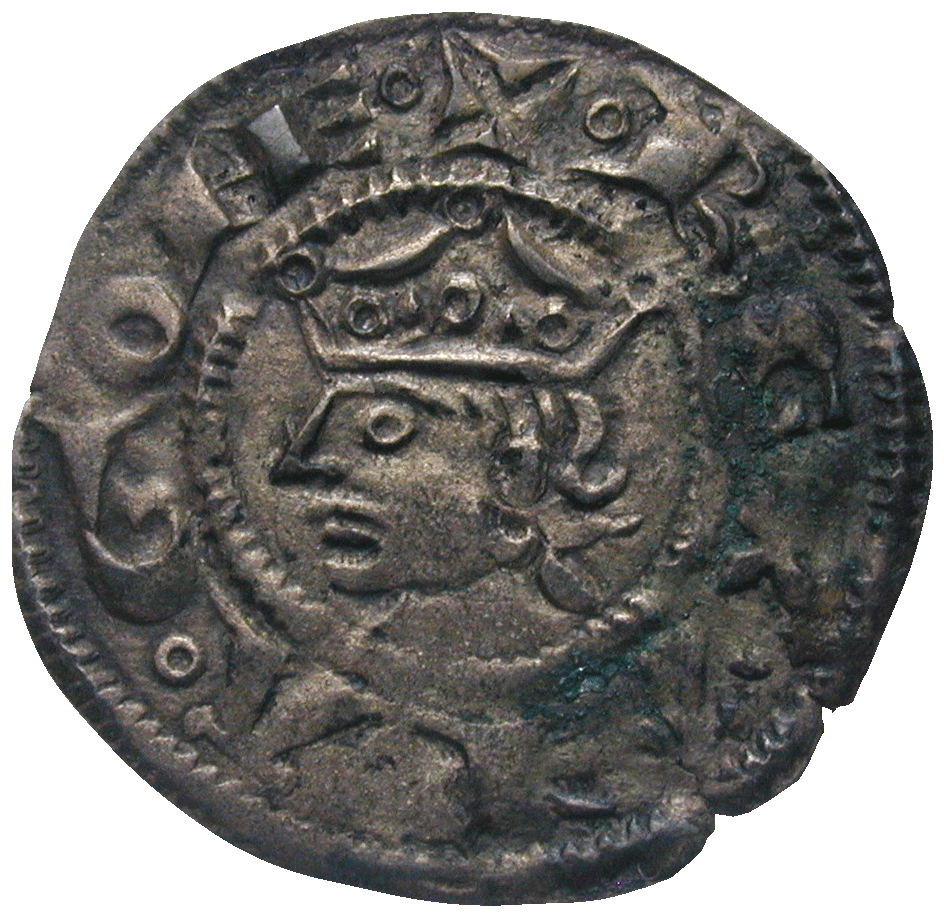 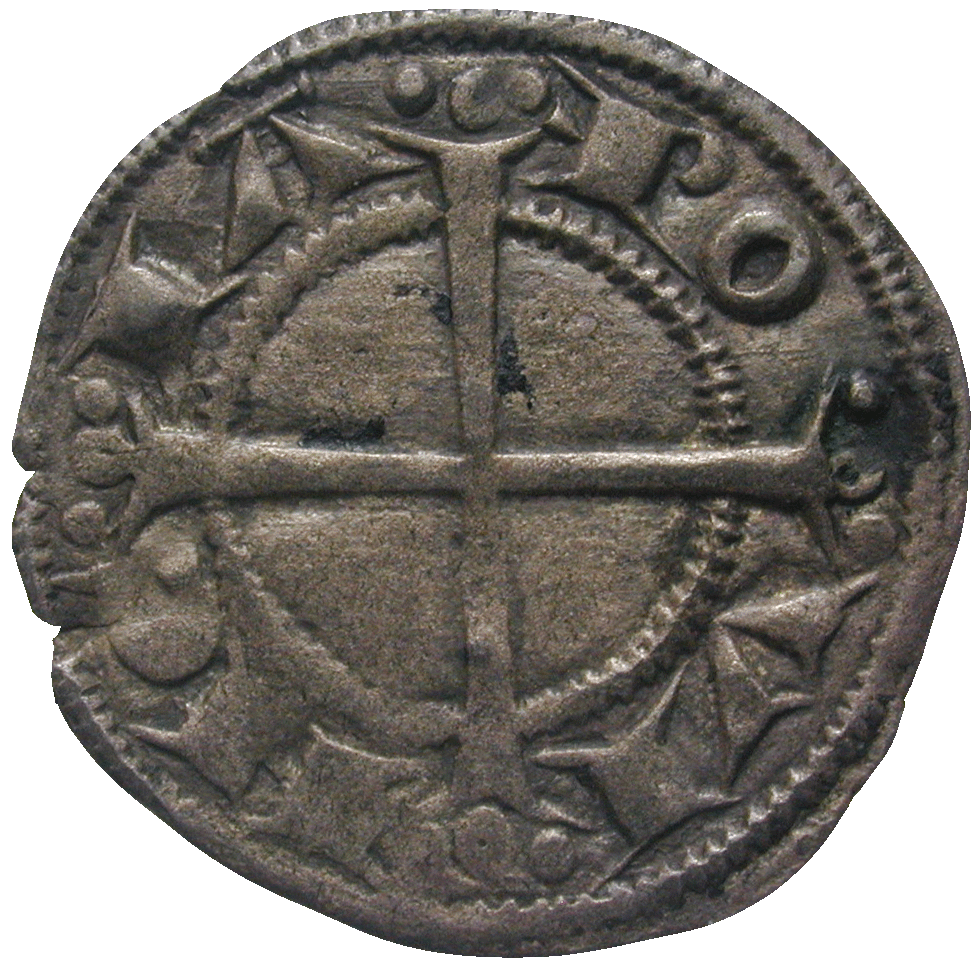 During a very long time, the French crown did not have much actual power. Its authority was limited to a small royal demesne, while diverse seigneurs ruled over the rest of France. The French coinage reflected this political situation. The royal coins were only a few among many. Moreover, the feudal issues were often much more popular than those of the kings. This denier was an issue of Alfonso II of Aragon, the Count of the Provence (1191-1209). Supposedly, the mint was in Aix-en-Provence, where the counts of the Provence habitually resided since the mid-12th century.