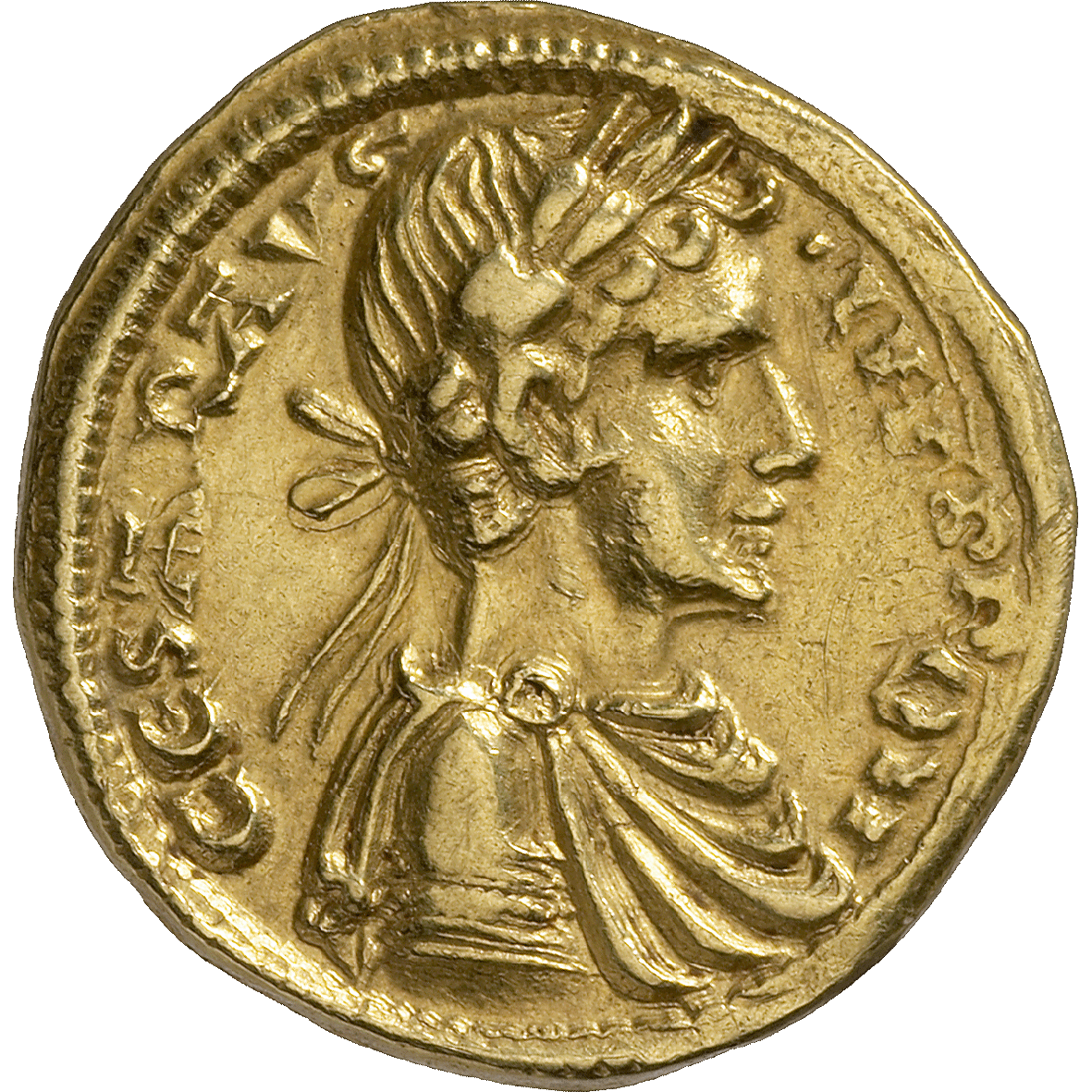 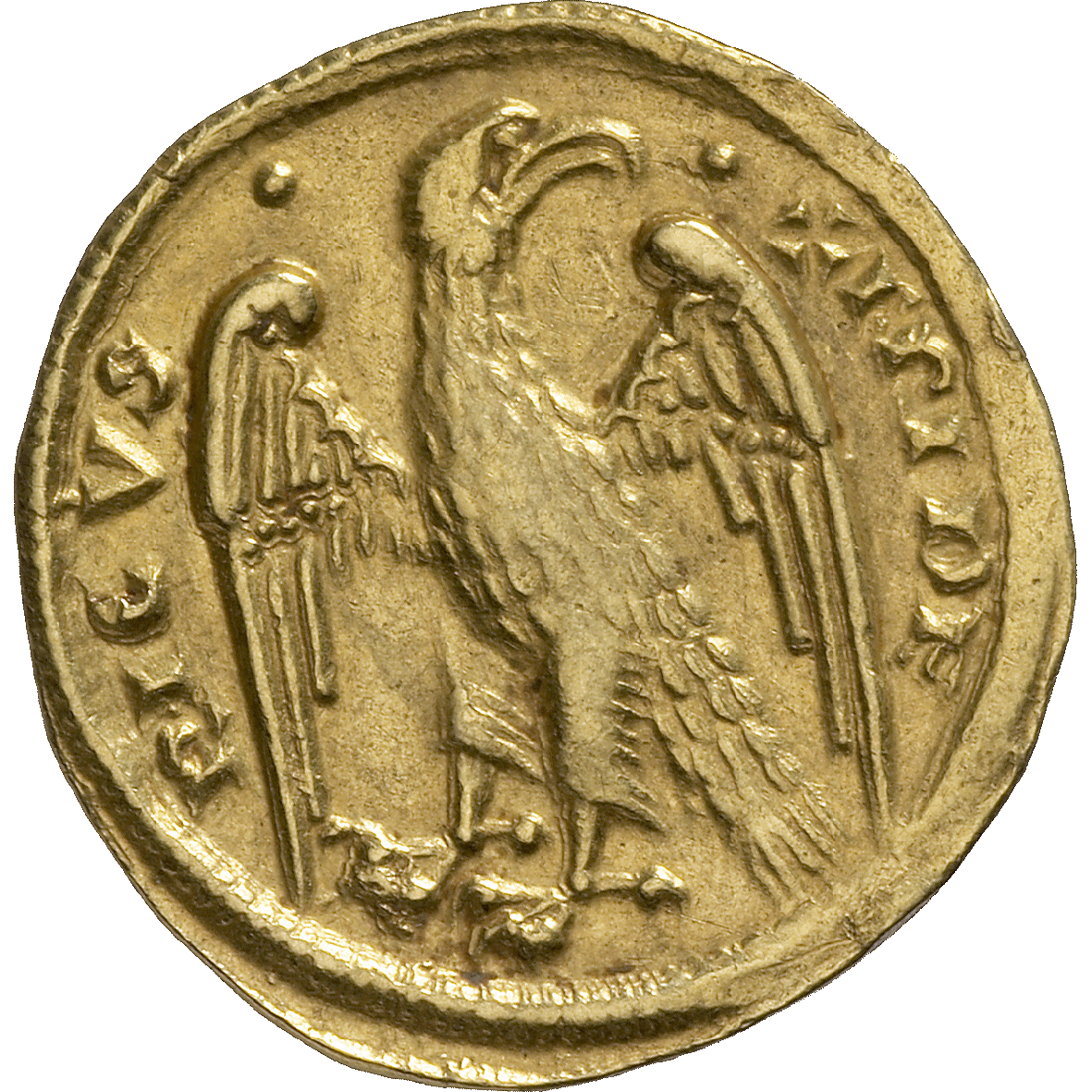 Frederick II of Hohenstaufen, the issuer of this coin, had been king of Sicily since 1197. In 1212 he was elected German king, and in 1220 he became emperor of the Holy Roman Empire (until 1250). Like no other ruler of his time, Frederick linked antiquity with modern times, Orient with Occident.

This gold coin documents Frederick's sense of mission. Clad in antique robe and wearing a laurel wreath, the emperor is depicted in the tradition of the ancient Roman emperors as whose successor he saw himself.

Also for imperial power stood the eagle on the reverse, a symbol of power and authority since ancient times. Although Frederick's augustalis does not show an authentic portrait yet, it points ahead to the rebirth of the Roman antiquity in the time of the Renaissance.