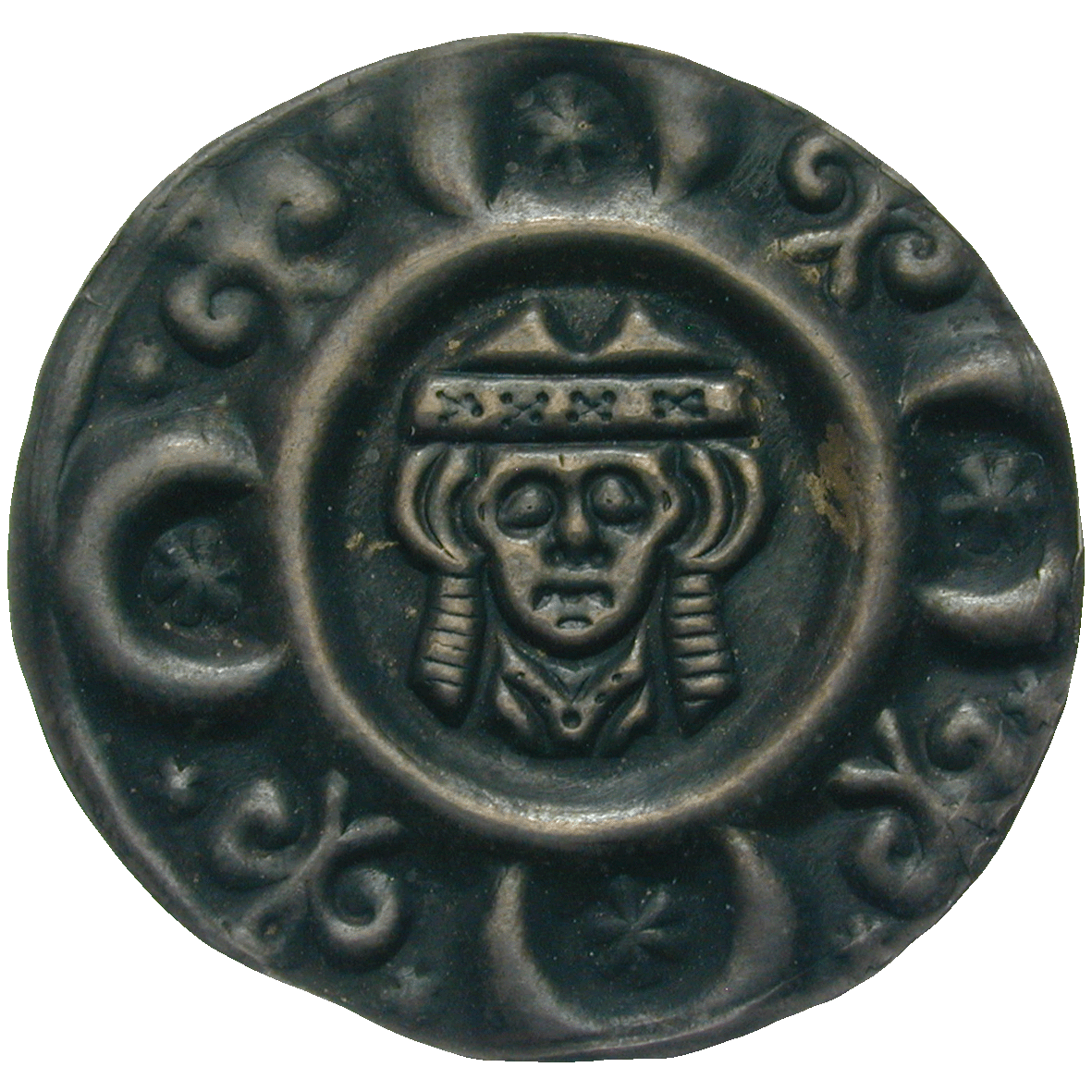 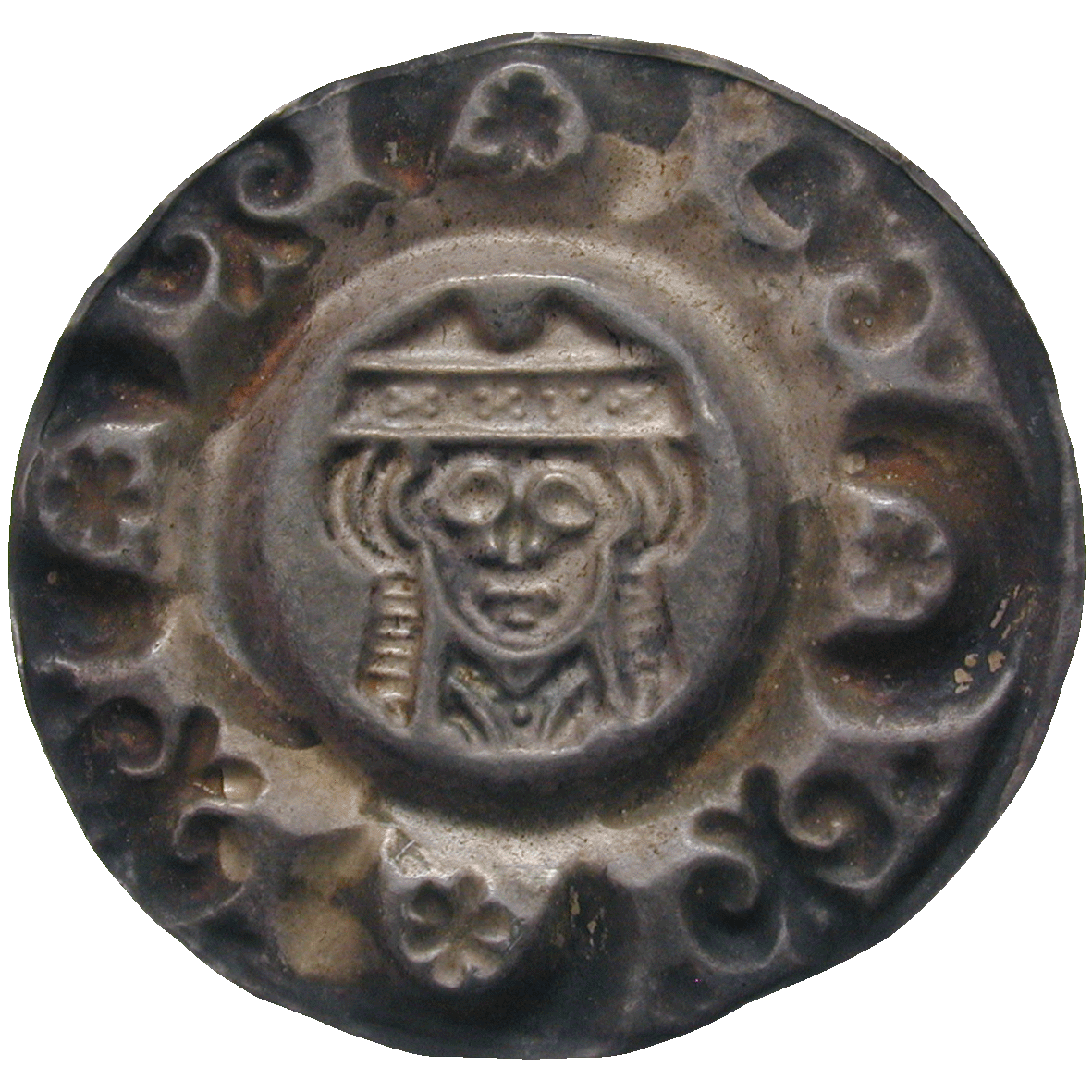 The pfennig was the only currency in the Holy Roman Empire until the 13th century. It was minted regionally different, however. On the one hand there was the traditional type with an imprint on both faces; on the other hand it had become fashionable in some regions to mint pfennigs on one face only.

In the Bishopric of Augsburg it was Bishop Udalschalk who issued these new style pfennigs for the first time. They bore the image of the Bishop with the episcopal signs, the miter and the infula.