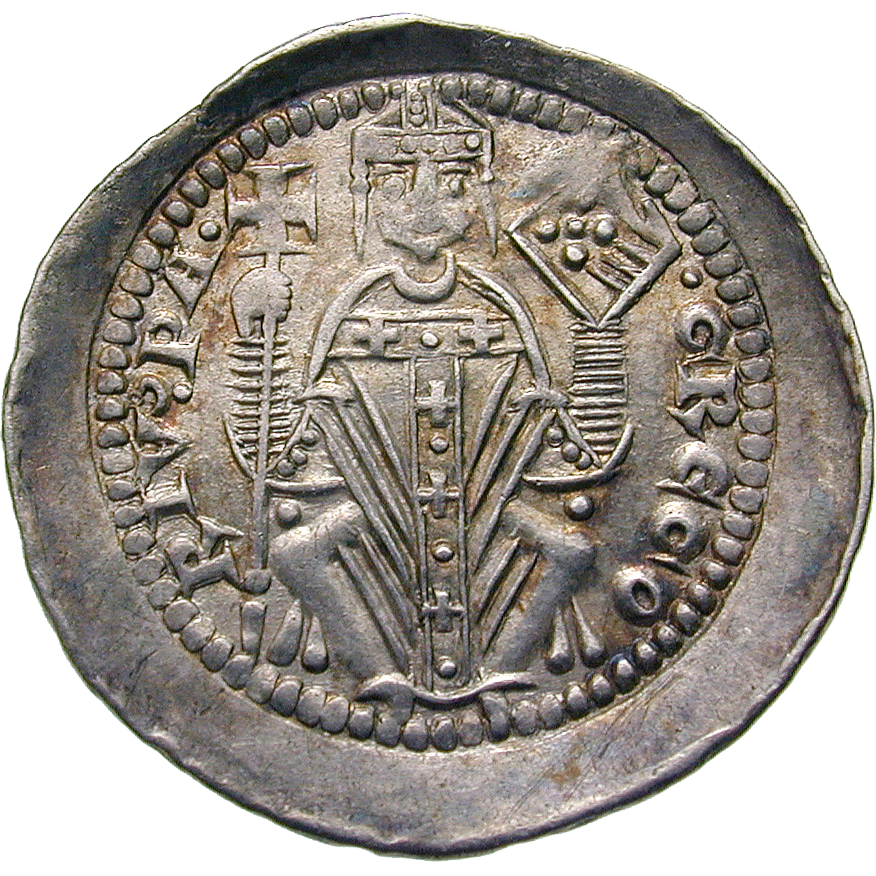 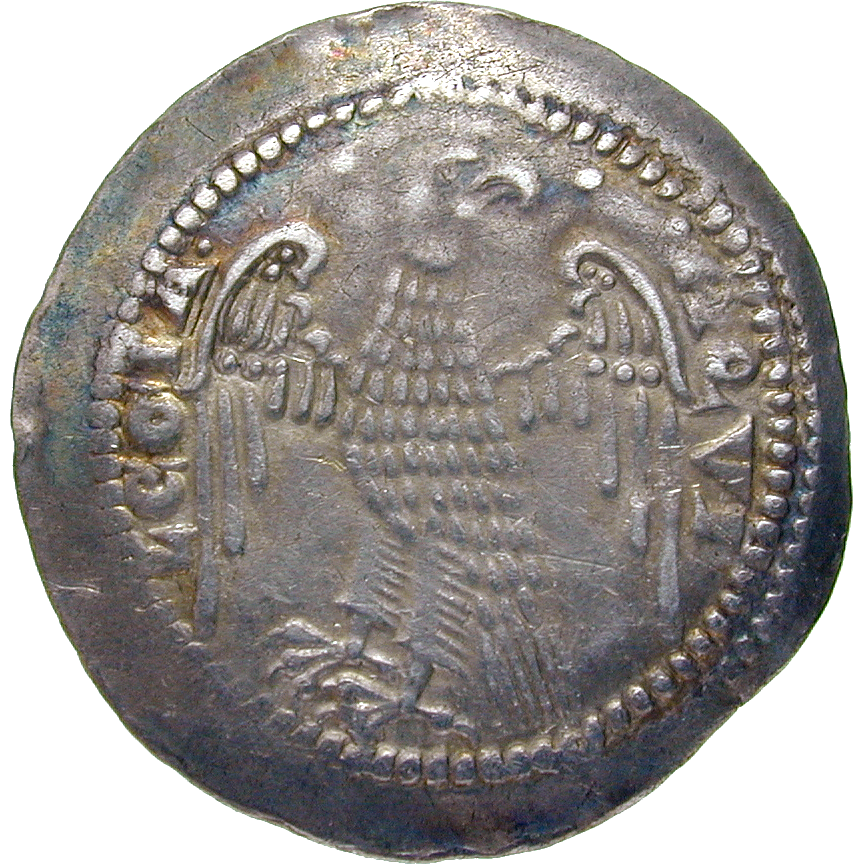 The Patriarch of Aquileia on his throne and an eagle, the city's coat of arms: these are the motifs on this denaro from the 13th century.

Aquileia was a trading town. Ffor that reason the patriarchs, who were the city lords, took care to issue well designed and meticulously minted coins. In the 13th century the coins from Aquileia were distinguished by a slightly raised edge. They were imitated from Trieste to Ljubljana and Krain in Slovenia.