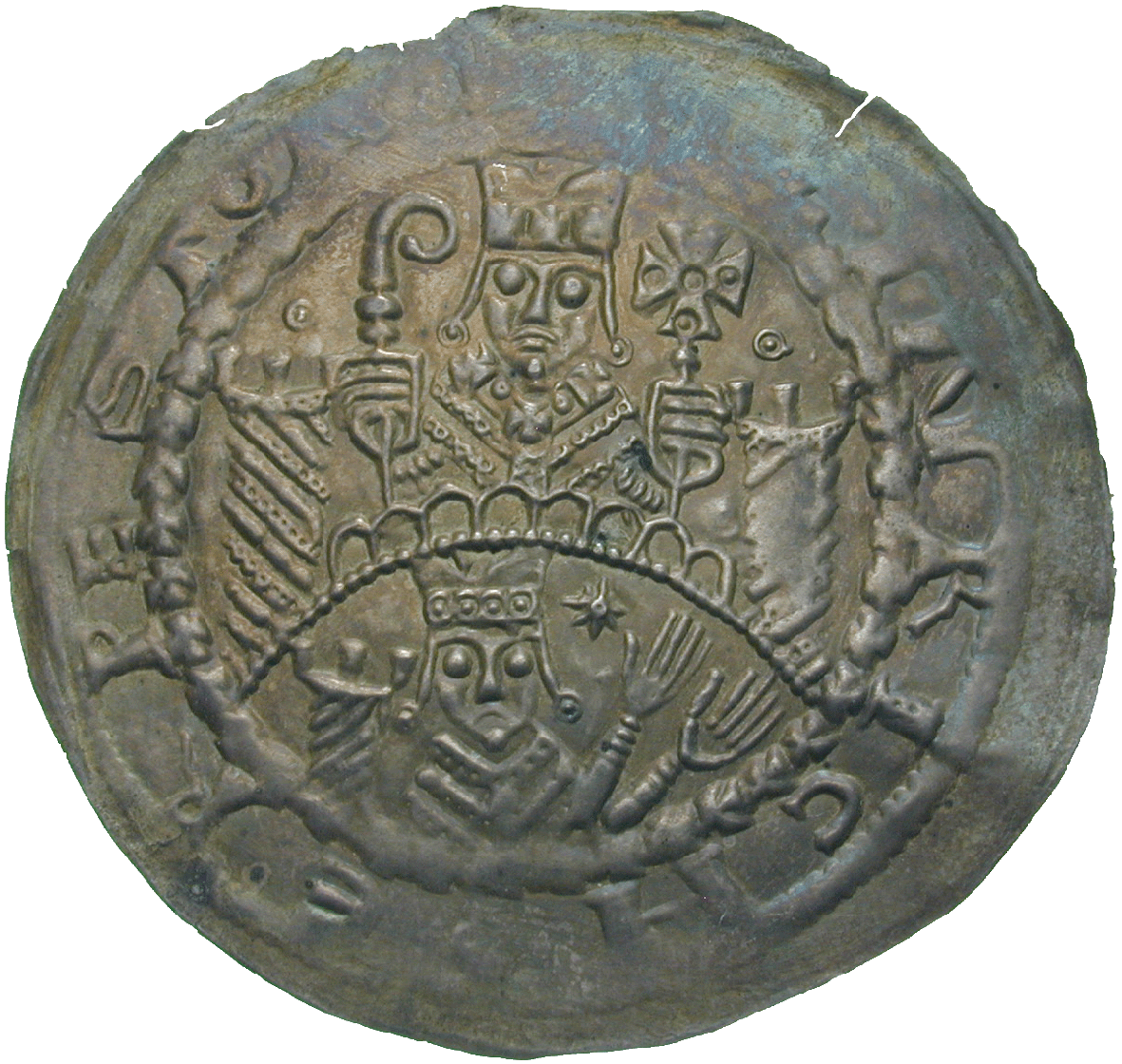 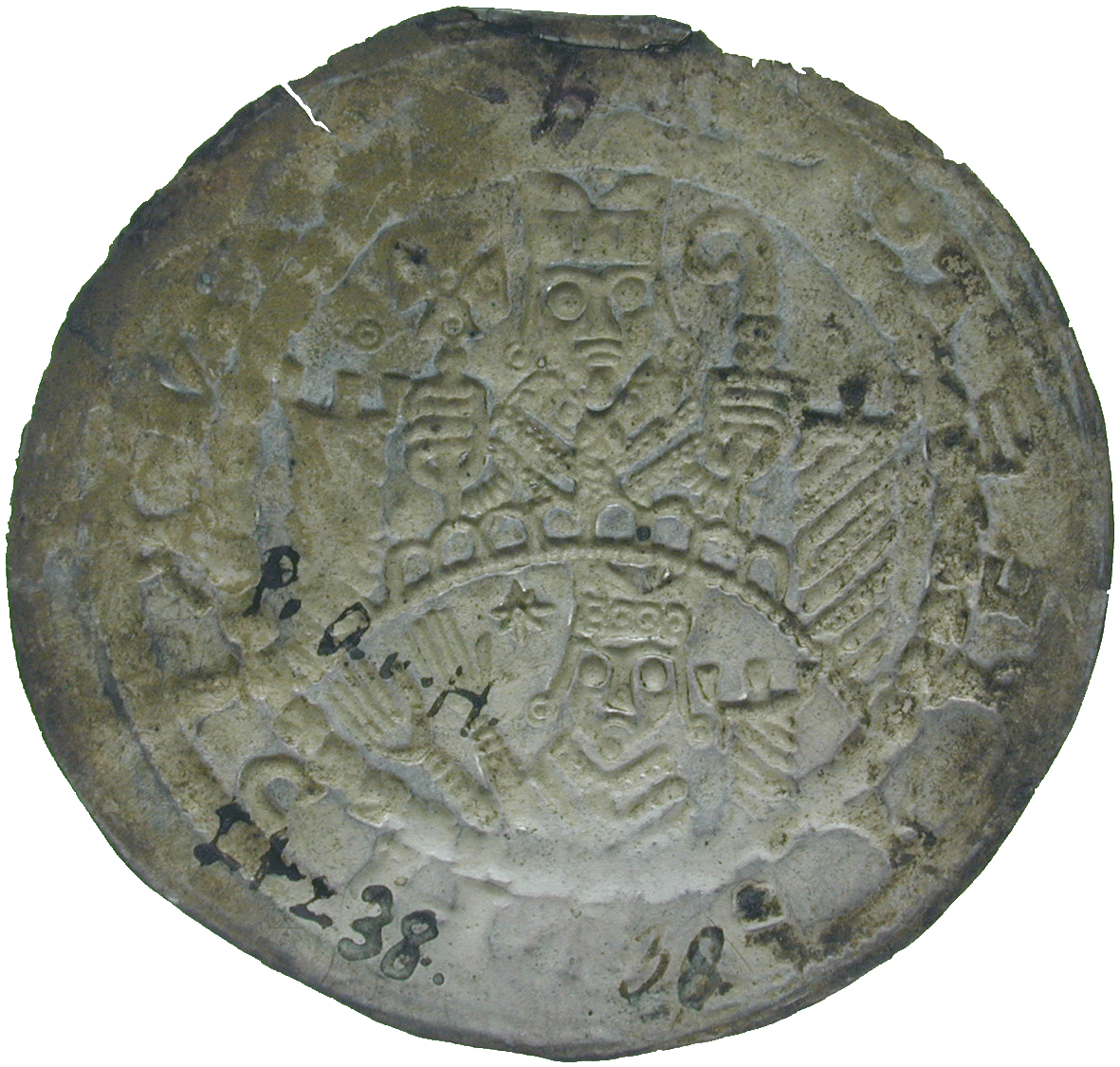 From about 1130 to 1350, in some parts of Germany were coins minted that were later called "bracteates." The term was created in the 17th century; it derives from Latin and means "thin metal plate." This bracteate is an issue of Henry I of Harburg, the Archbishop of Mainz (1142-1153). On first sight, the archbishop and his insignia, the miter and the crosier, seem to be depicted twice, over and below the arch respectively. The coins from Mainz, however, always depicted the city's patron, Martin of Tours. So what we see is Saint Martin on top of the arch and archbishop Henry below, literally putting himself under the protection of the saint.