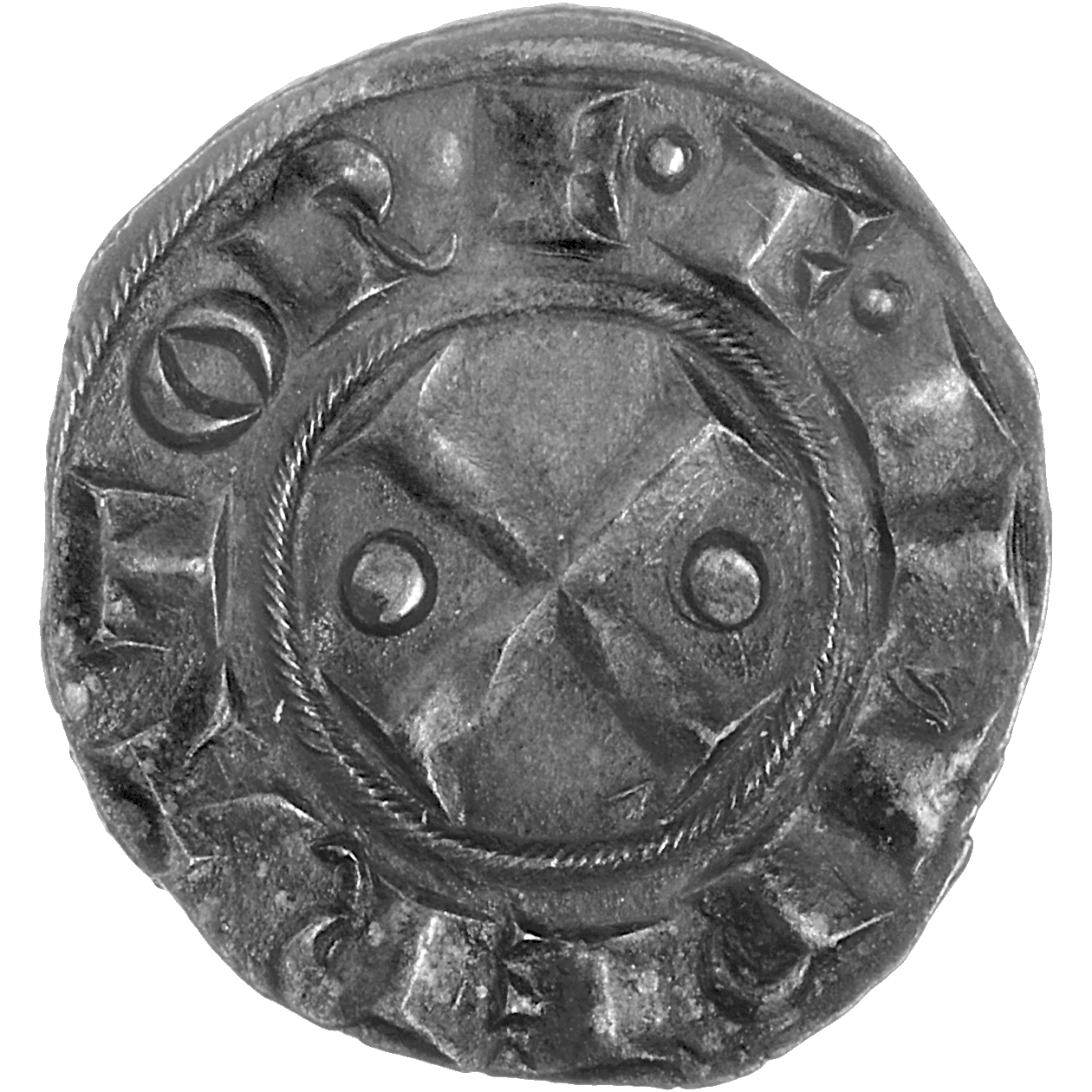 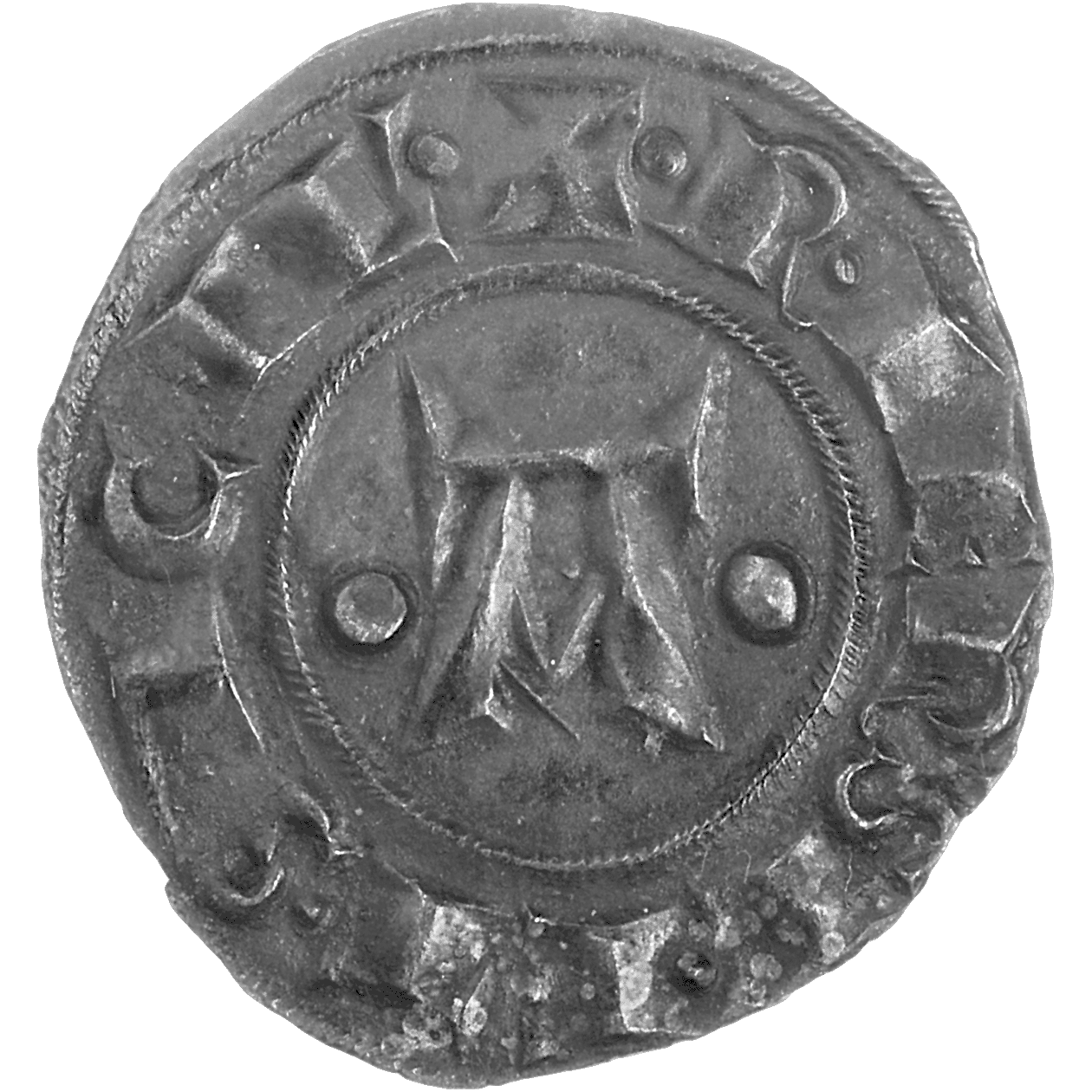 On November 9, 1225, Frederick II of Hohenstaufen, emperor of the Holy Roman Empire and king of Sicily (1197-1250), married with Yolande of Brienne, queen of Jerusalem. With the wedding, Yolande's claim to Jerusalem subrogated to her husband, who adopted the title of a king of Jerusalem on the very same day. On this denarius, Frederick is denominated as IMPERATOR, emperor, and as R. IERSL. ET. SICIL. for Rex Jerusalemi et Sicilii, king of Jerusalem and Sicily.