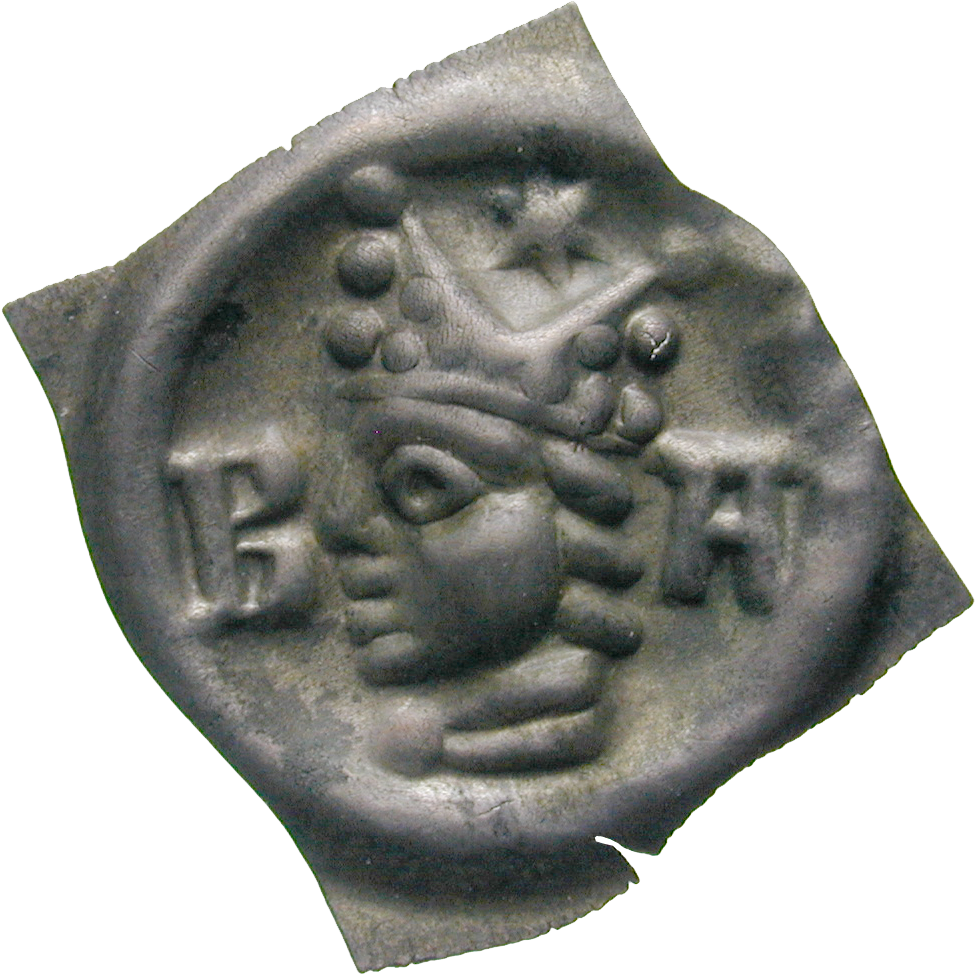 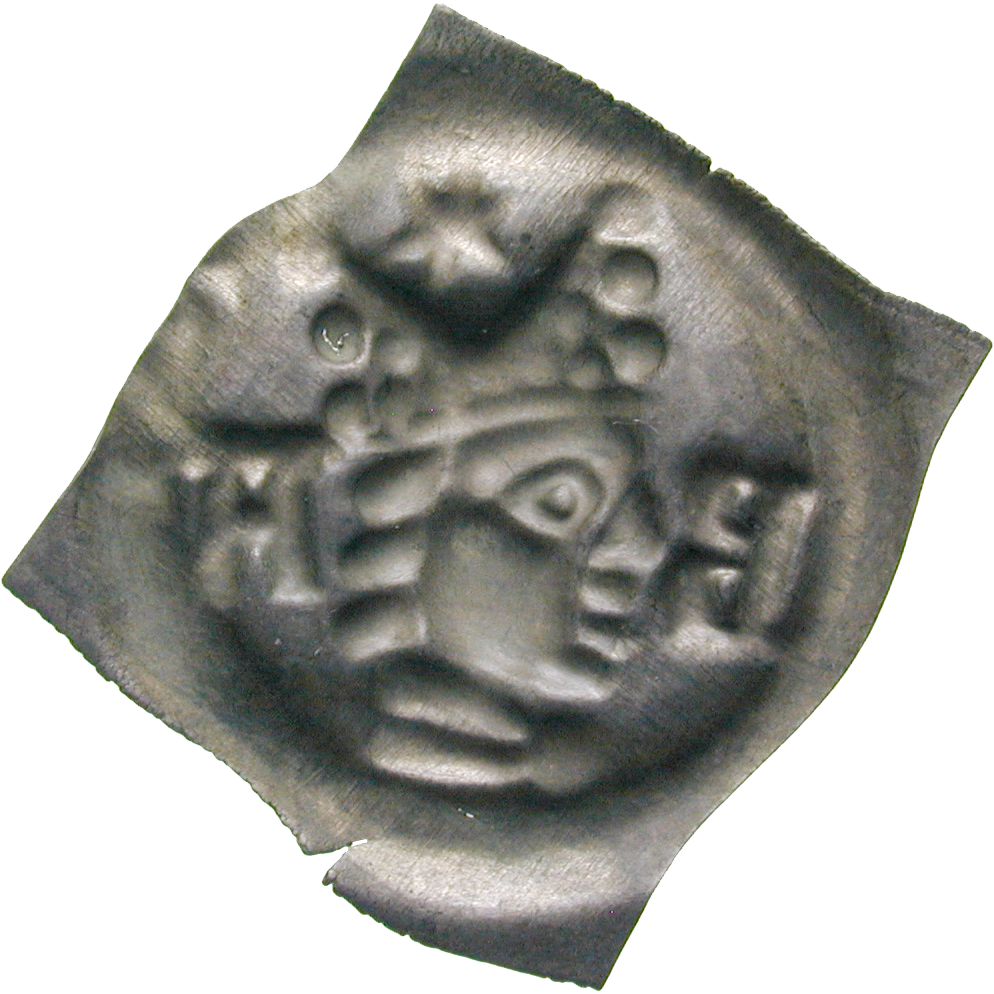 Bracteates were short-lived coins. In many places they were regularly demonetized after some months in circulation, and replaced by new bracteates.

Because of this short lifespan, bracteates were often produced rather carelessly. They were struck on one side only on thin silver plates, sometimes several coins at once. Some plates were then placed on top of each other, and struck in one single blow. This resulted in sharp coin images on the coins on top of the pile, while the ones further down became more and more blurry. In some places square plates were used because they were easier to produce than round ones.

This square bracteates originates from the tenure of Bishop Johann Senn of Münsingen (1335-1365) in Basel. Rare is that the coin bears an inscription. The letters B and A for Basel are placed on both sides of the bishop's image.