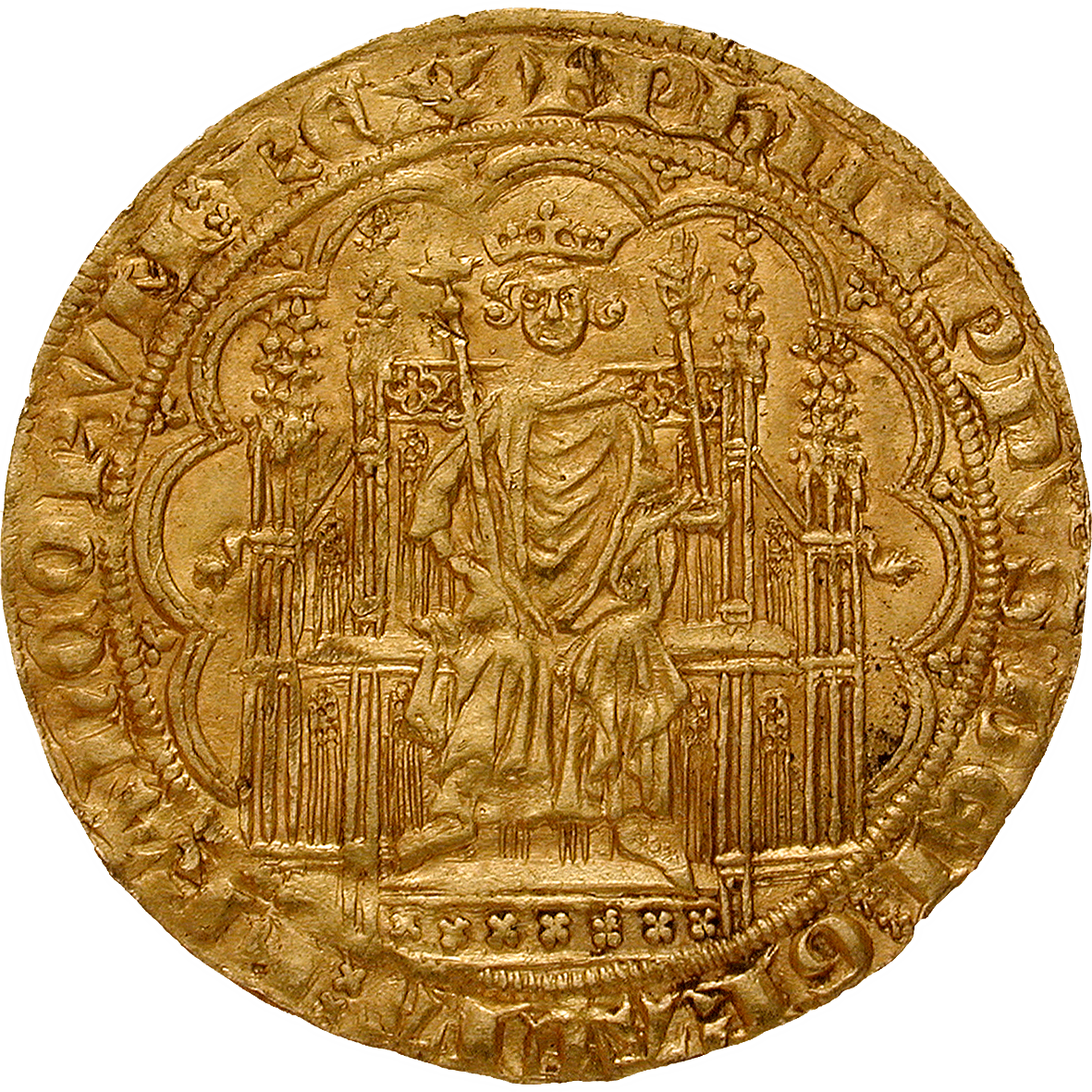 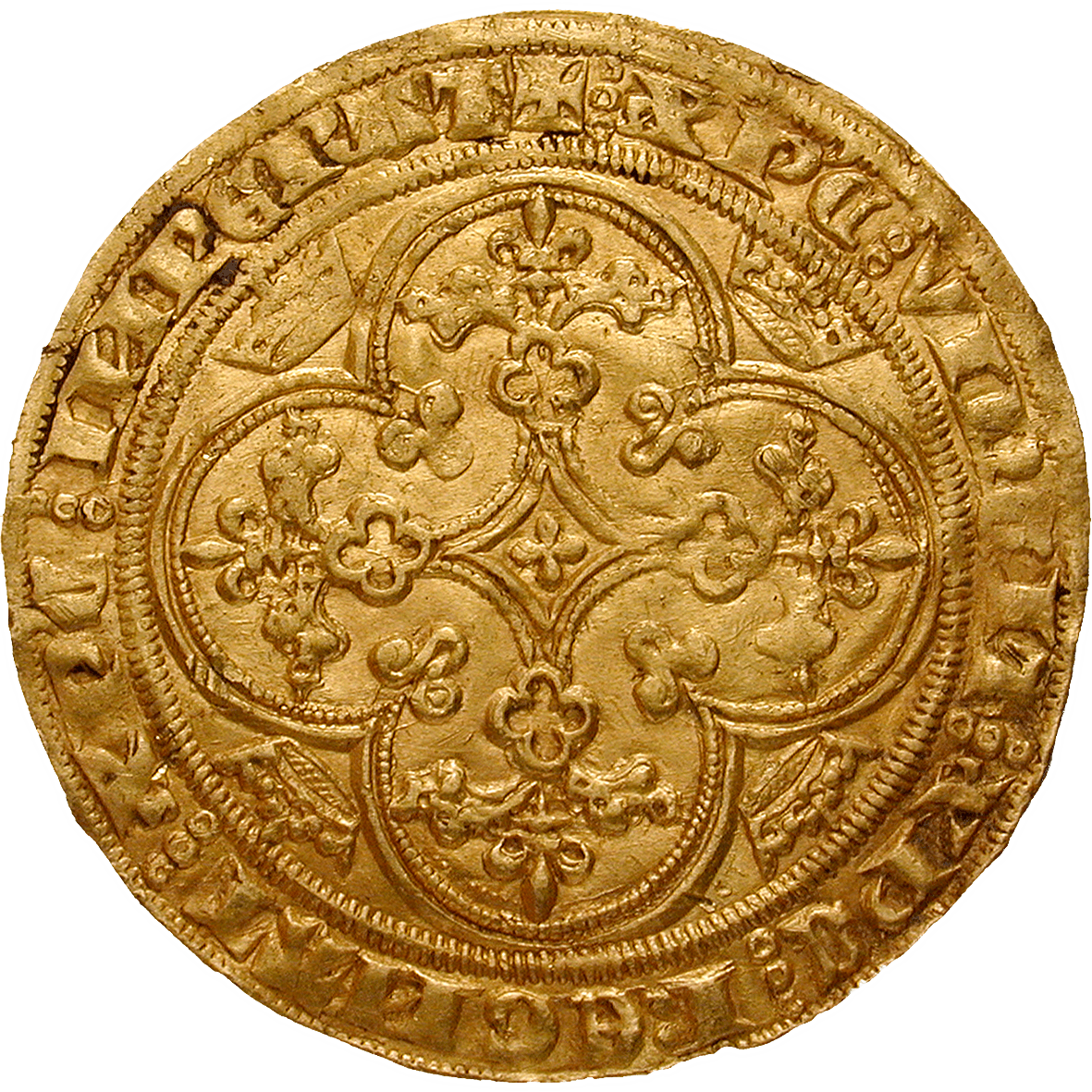 In 1337, the French King Philip VI (1328-1350) issued a new gold coin. The obverse depicted the king sitting on a richly ornamented gothic throne, holding a rapier and the French royal shield. The reverse showed a floriate cross in quadrilobe. This coin type, called the chaise d'or (after French "chaise" for "chair" and "or" for "gold"), soon became very popular. It was imitated by diverse minting authorities throughout Europe, from Spain to the Low Countries.