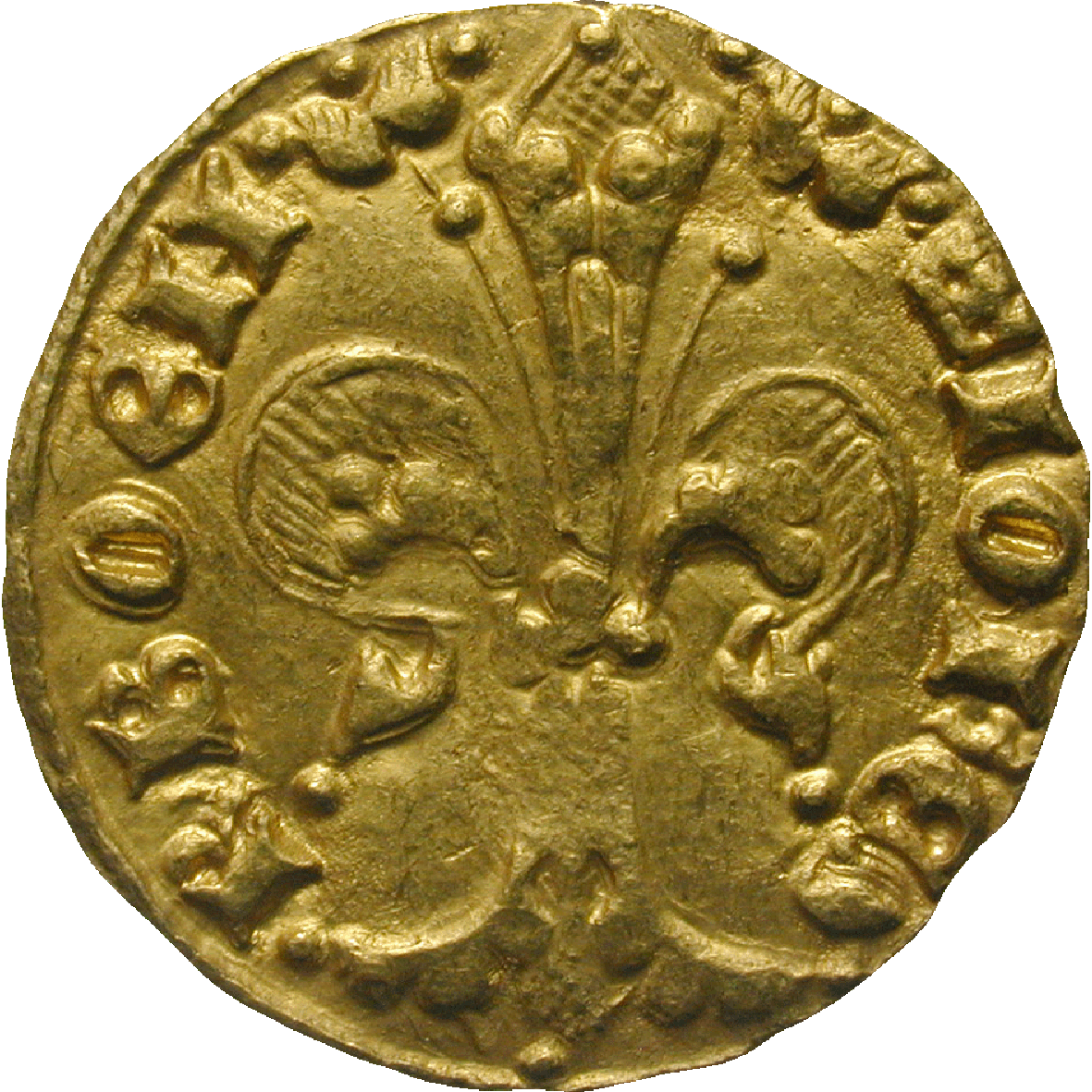 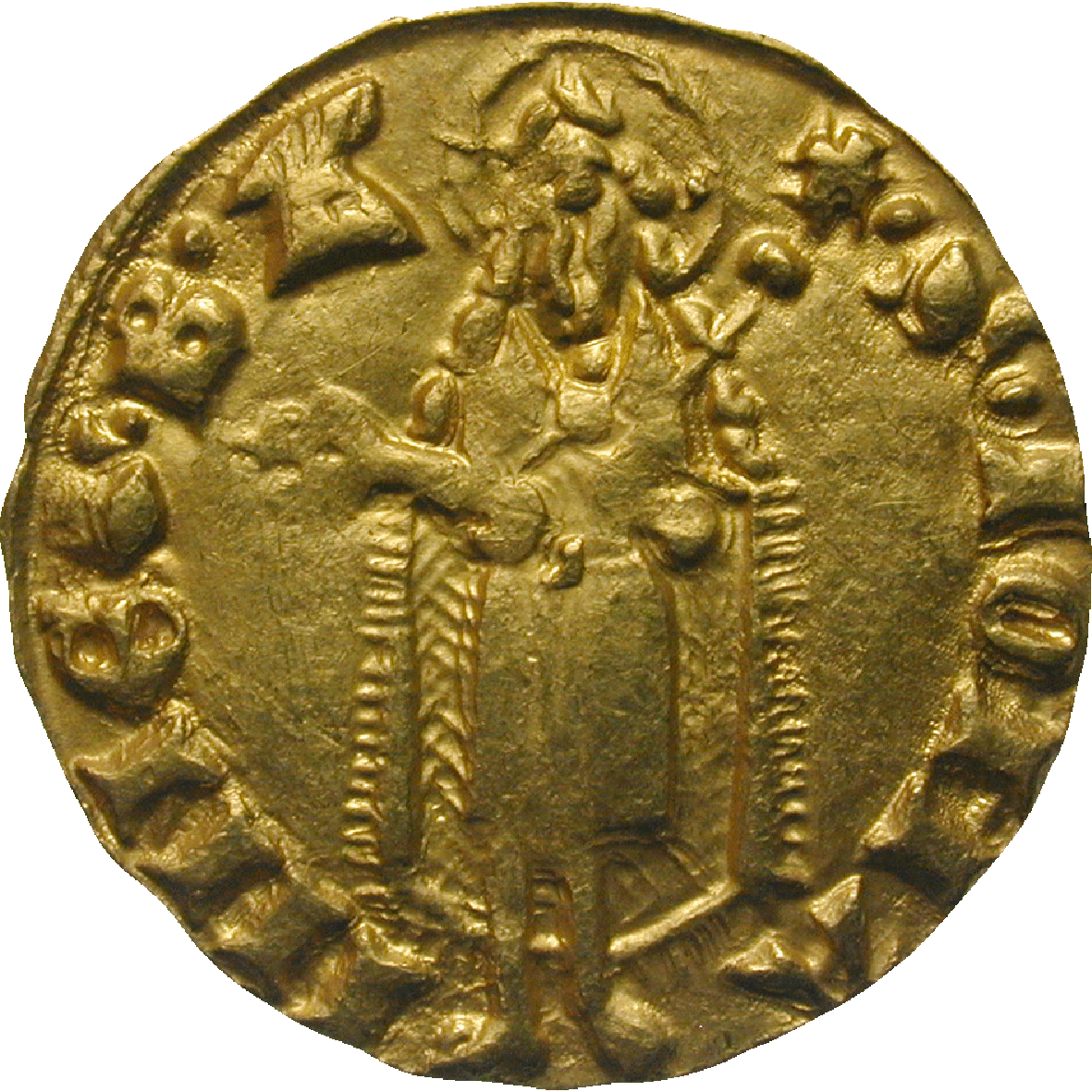 Trade increased rapidly in the Late Middle Ages, causing a growing demand for valuable money. For this reason around the mid-13th century merchants began to trade gold coins – particularly florens from the city of Florence. At the beginning of the 14th century, when the increasing demand for florens could not be satisfied any more, began the time of reproduction. On early imitations the original Florentine coin images were often retained. In Bohemia, the striking of gold coins was taken up under the rule of John of Luxemburg (1310-1346). This early piece still bears the Florentine lily on the obverse and John the Baptist on the back.