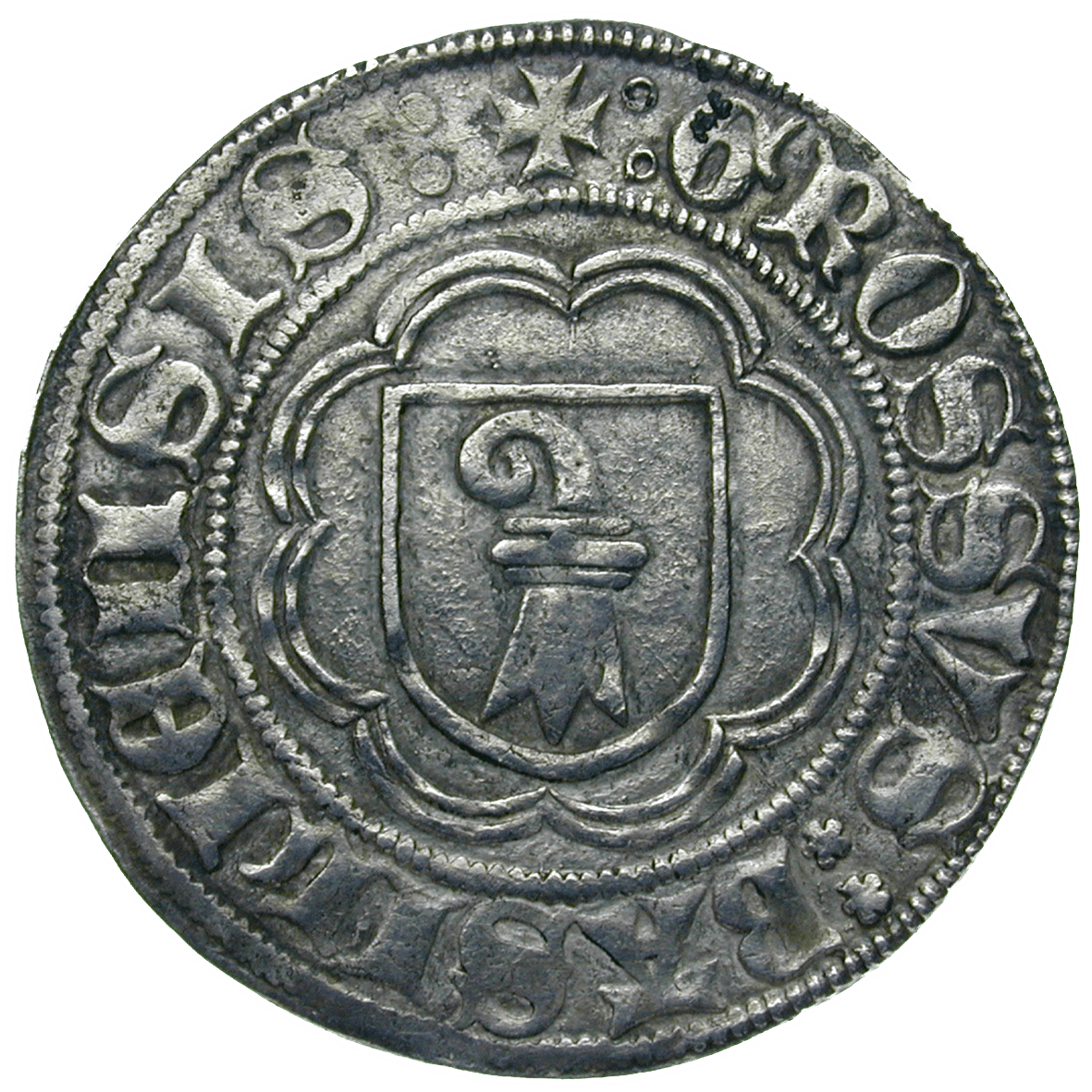 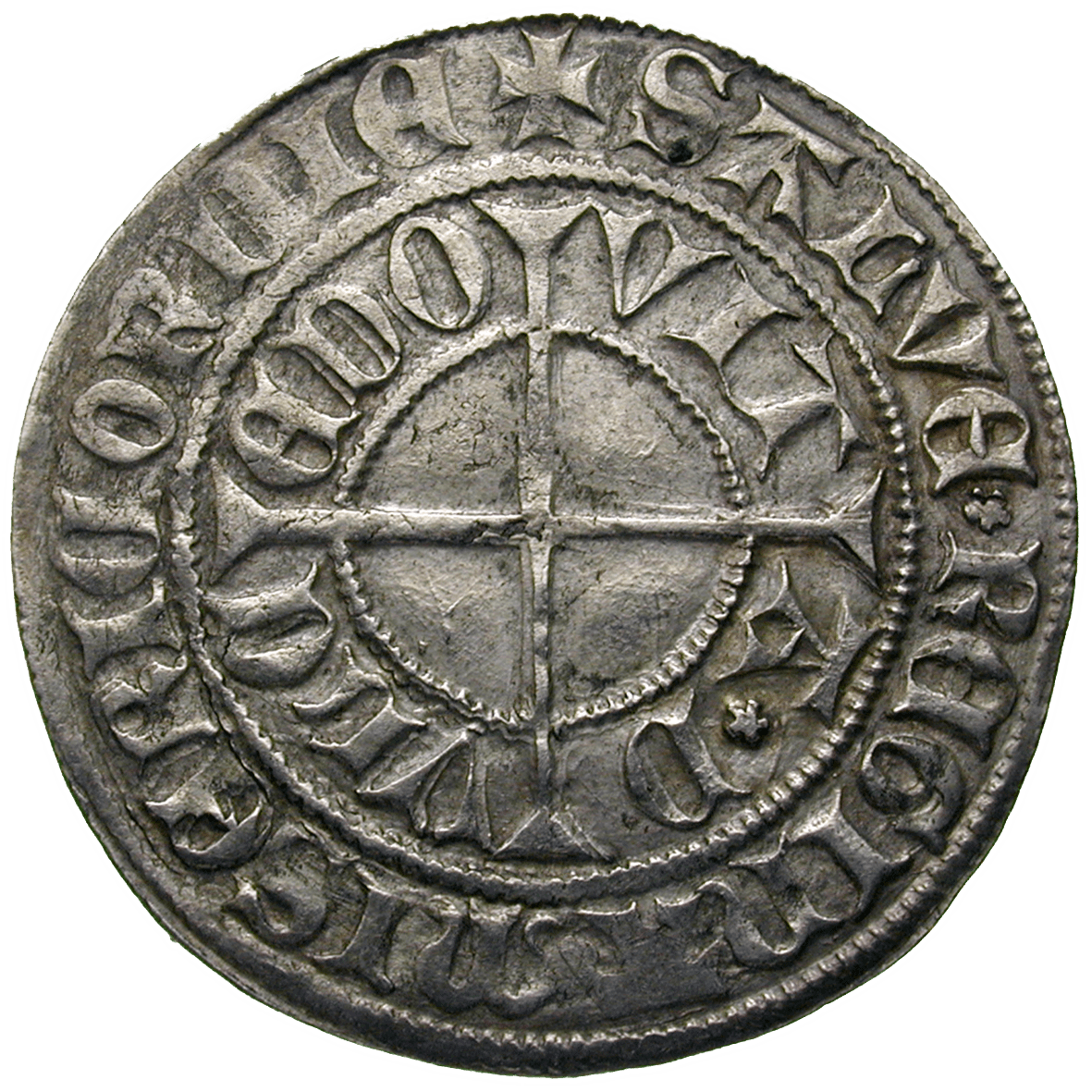 Over the centuries, no less than seven different minting authorities struck their coins in Basle, the commercial centre on the Rhine river. These included Merovingian kings, German kings and emperors, the kings of Burgundy, the Basle bishops, and later the Helvetian Republic. The town of Basle obtained the coinage authority longest, after wresting it from the bishop towards the end of the 14th century.

Because the denarius – the pfennig – did not fulfill the monetary needs of the time any more, the groat developed in the second half of the 13th century. The name came from the Latin expression 'grossus denarius', 'thick denarius'. From the 14th century on the new coins were issued in German lands under the name of 'groschen'.