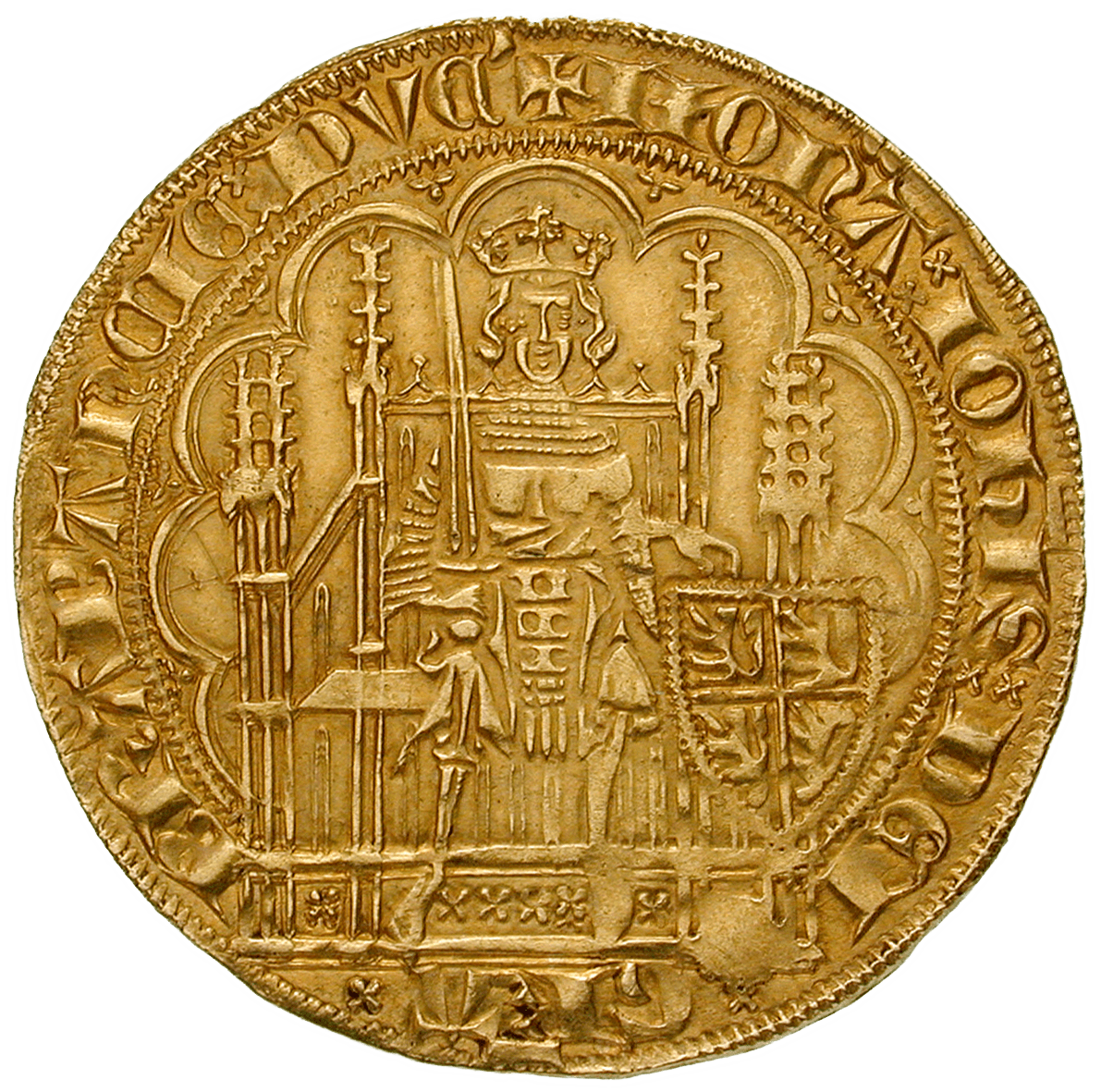 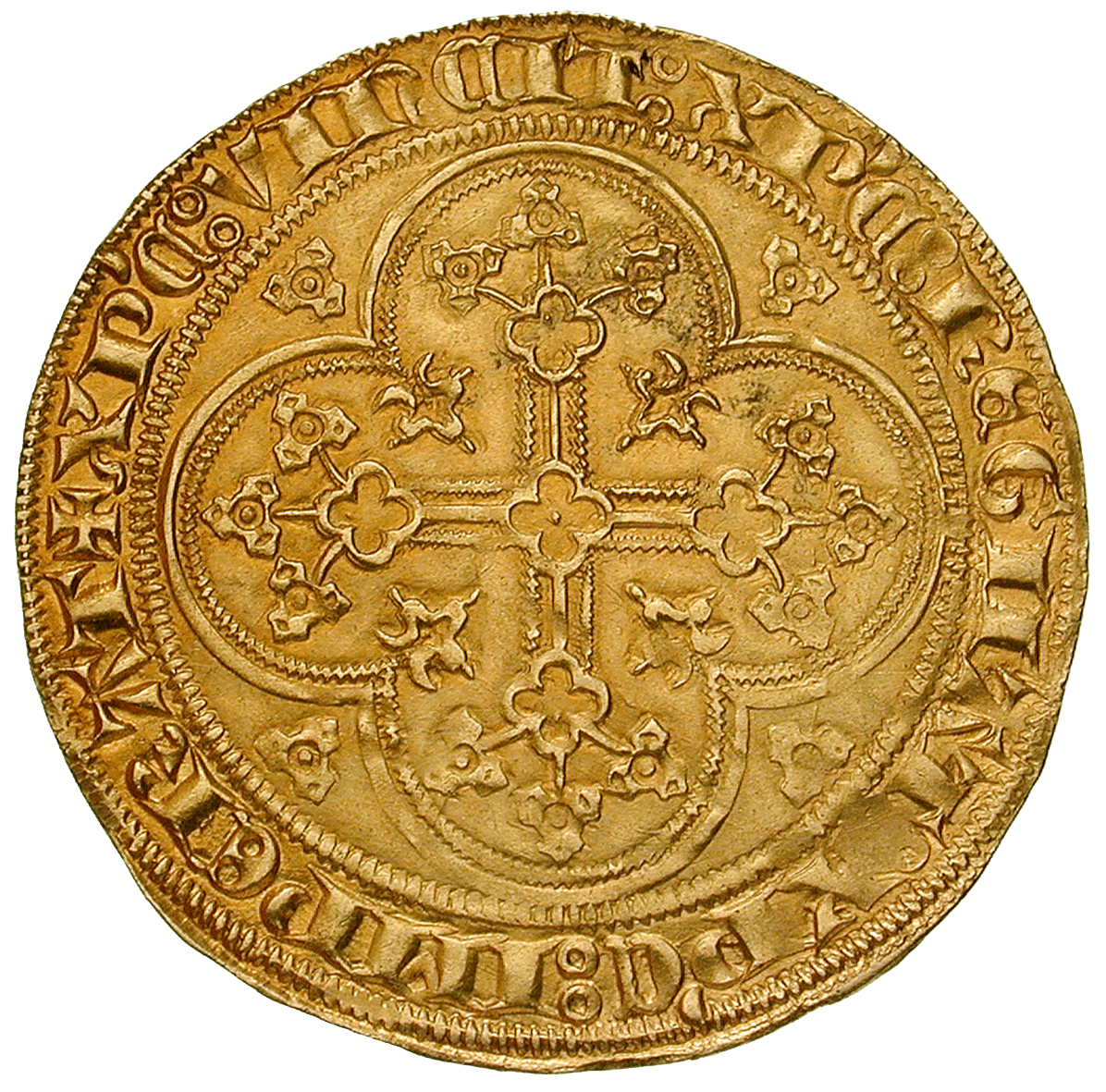 In 1337 the French King Philip VI began to issue a successful gold coin: The ecu d'or à la chaise depicting the king sitting on his throne. Soon, two types of gold coins circulated north of the Alps: On the one hand imitations of the fiorino d'oro from Florence, called gulden in the Rhineland; on the other hand the ecu d'or à la chaise. Which kind of coin type should the duchy of Brabant now adhere to? John III of Brabant (1312-1355) decided that France was a more important trading partner for his duchy than Germany. And so his decision to have gold coins minted based on the French model was absolutely logical.