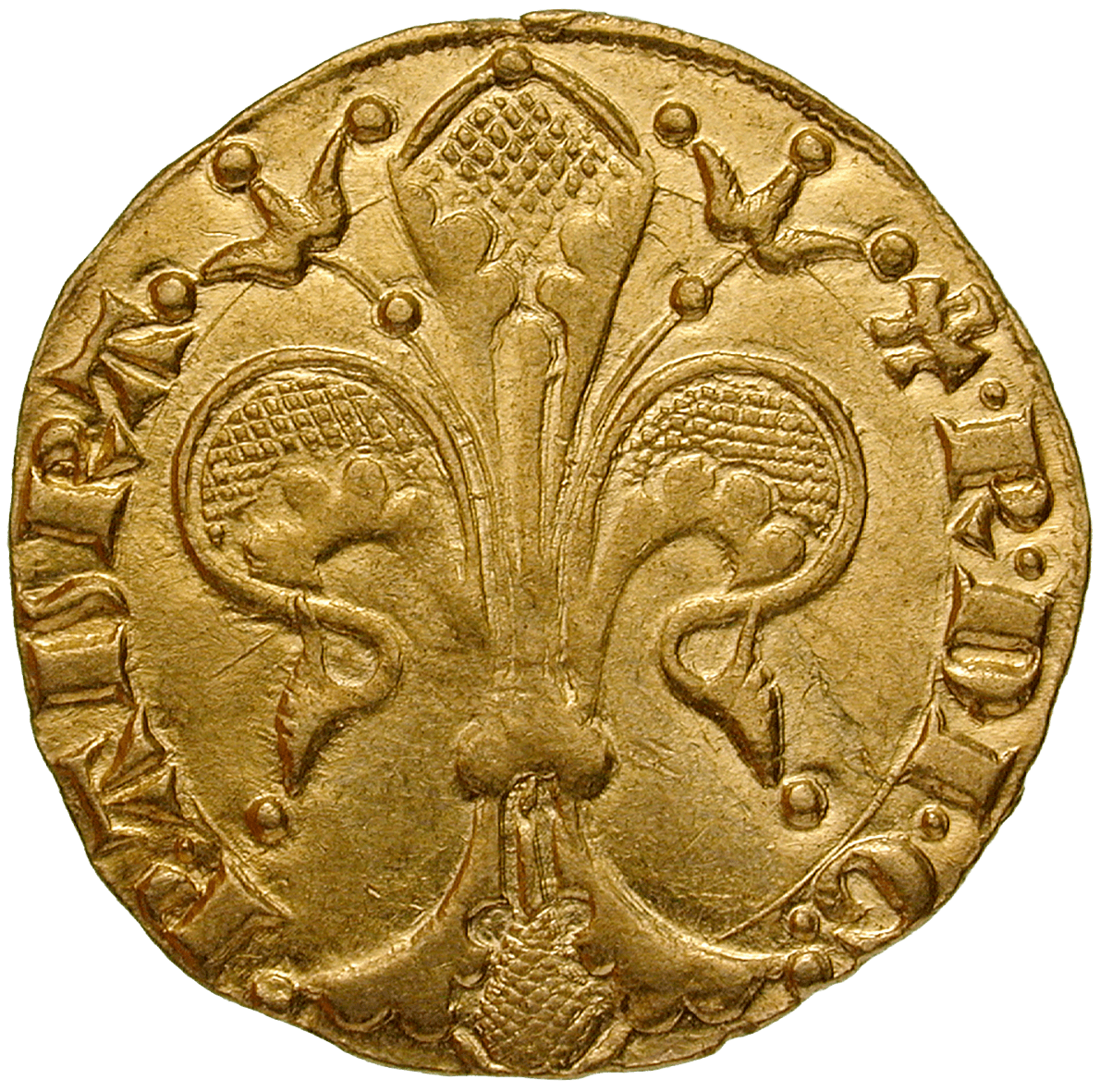 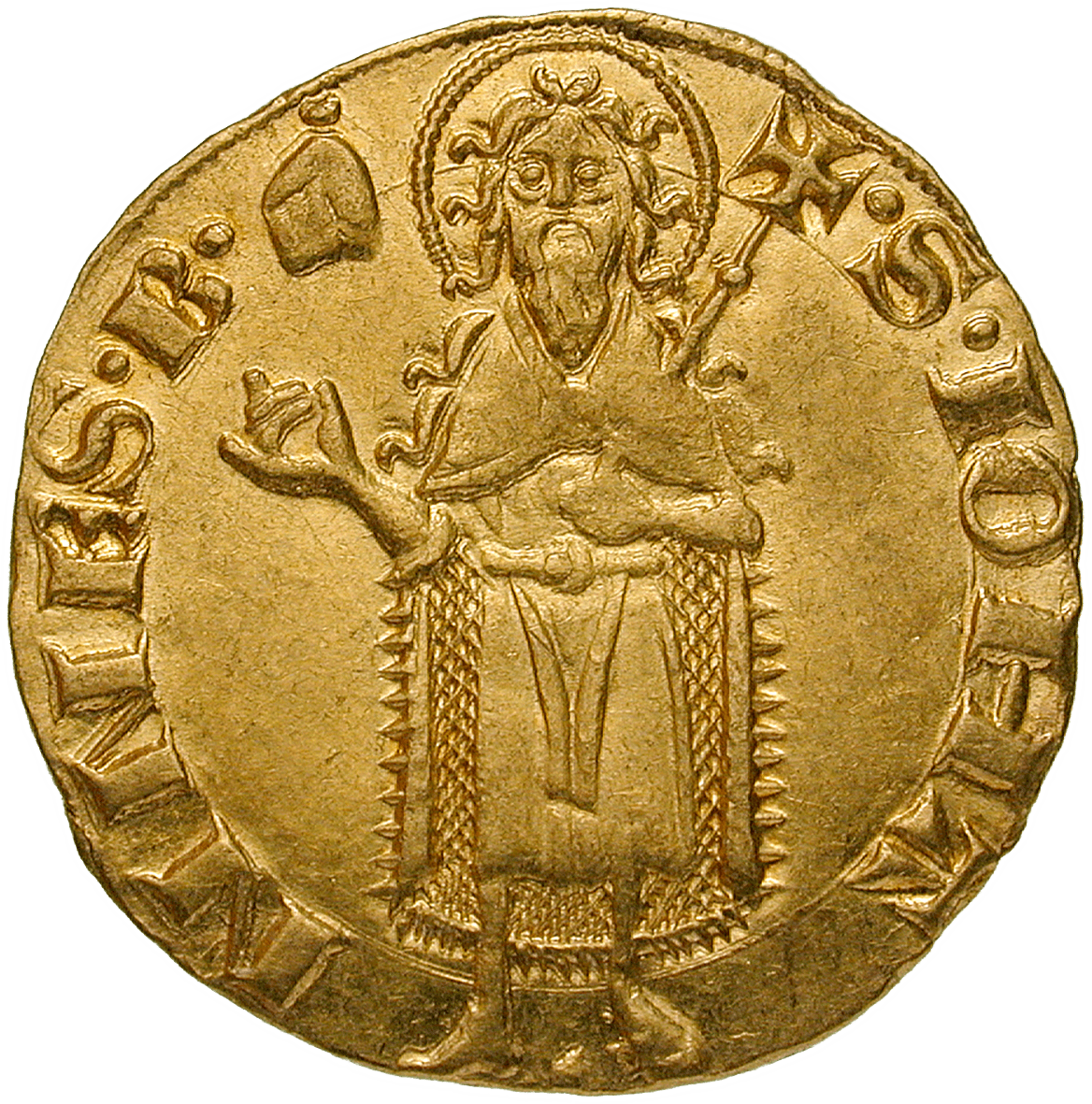 In the Middle Ages, the princes of the powerful county of Orange in France were famous for their liberal interpretation of monetary laws. They unscrupulously imitated their neighbors' most successful coins; hardly any coin type was spared. It is thus of no surprise that the Florentine Fiorino d'oro was imitated in Orange as well.

R. DI. G. P. AVRA reads the inscription on the obverse of this florin: Raimundus, Dei Gratia Princeps Auraicae – Raymond, duke of Orange by the grace of God (1340-1393). The lily flower was copied without any changes from the Florentine florins, just as the image of John the Baptist and the inscription S. IOHANNES. B. on the reverse. The helmet next to Saint John's nimbus was the duchy's mintmark.