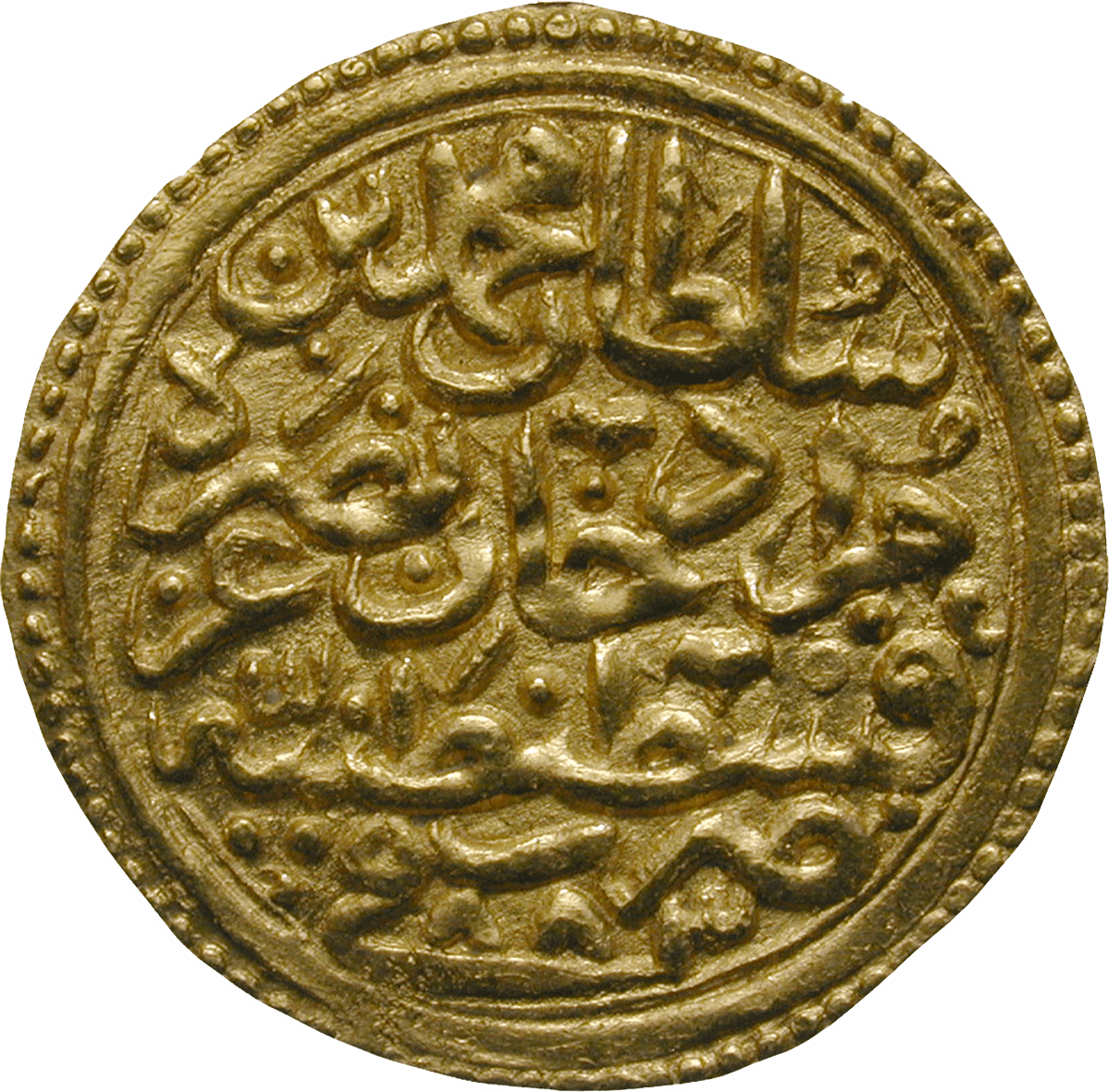 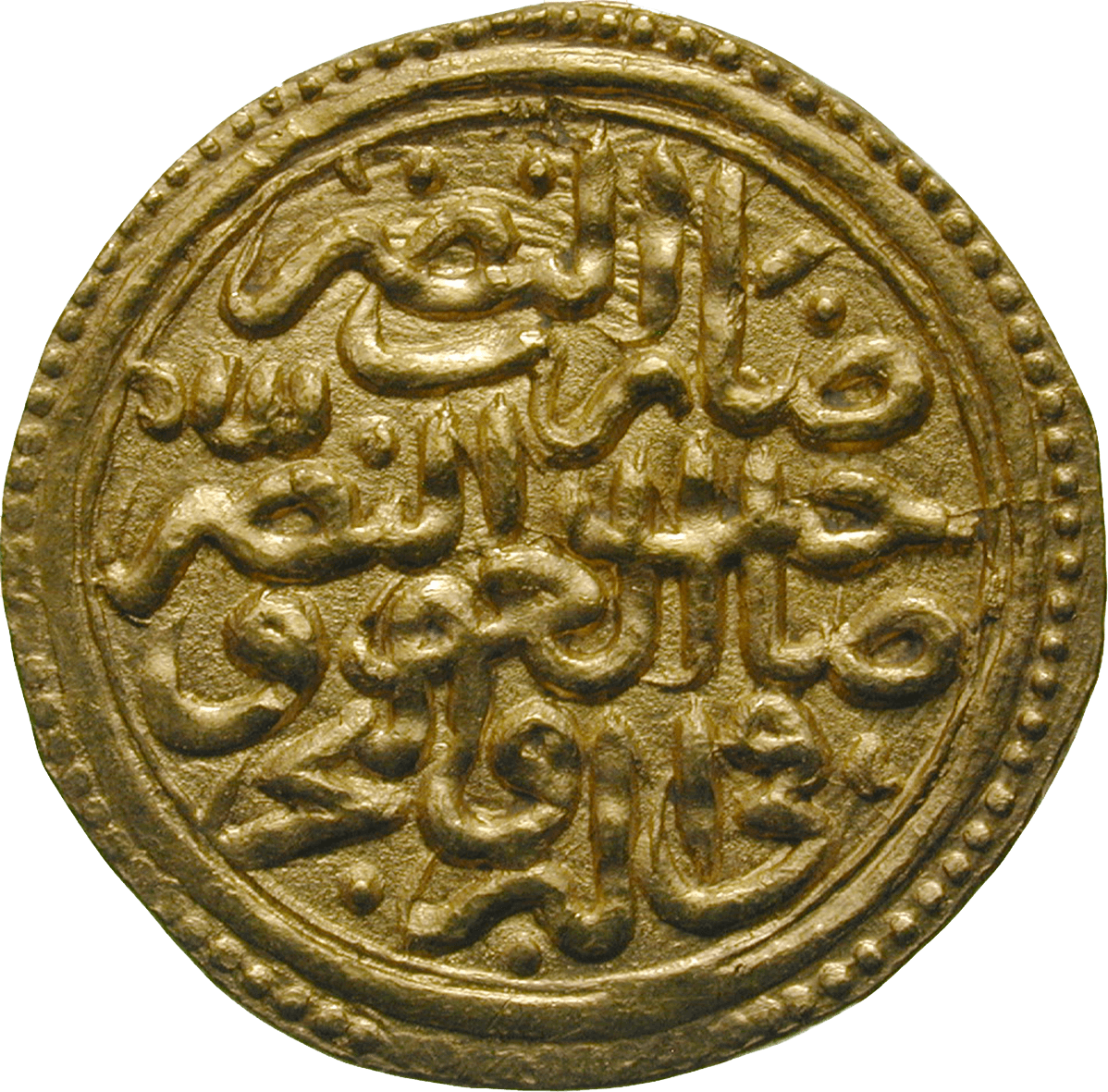 This altun goes back to Mehmed II (1451-1481), yonder Ottoman Sultan who in 1453 conquered Constantinople and thus brought the Byzantine Empire to an end. After the take-over Mehmed moved his capital from Edirne to Constantinople. Mehmed instituted a new Turkish gold coin after the archetype of the Venetian zecchino. This was the altun, the first secular Islamic gold coin. The altun omitted the religious formulas that had been standard until then, and instead gave the names and titles of the Sultan together with the date and the mint. It soon developed into a highly accepted trade coin that was predominant particularly in the Eastern Mediterranean.