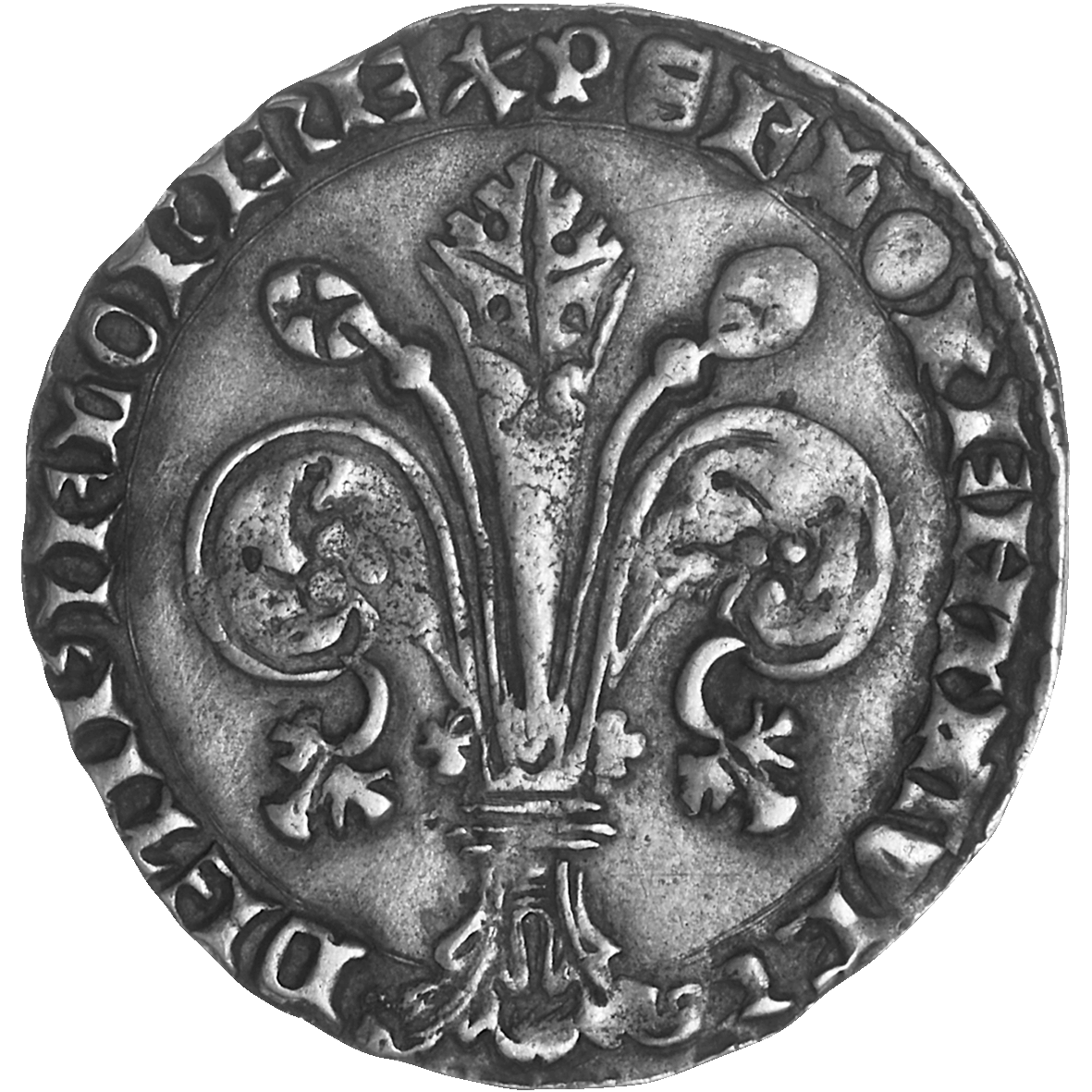 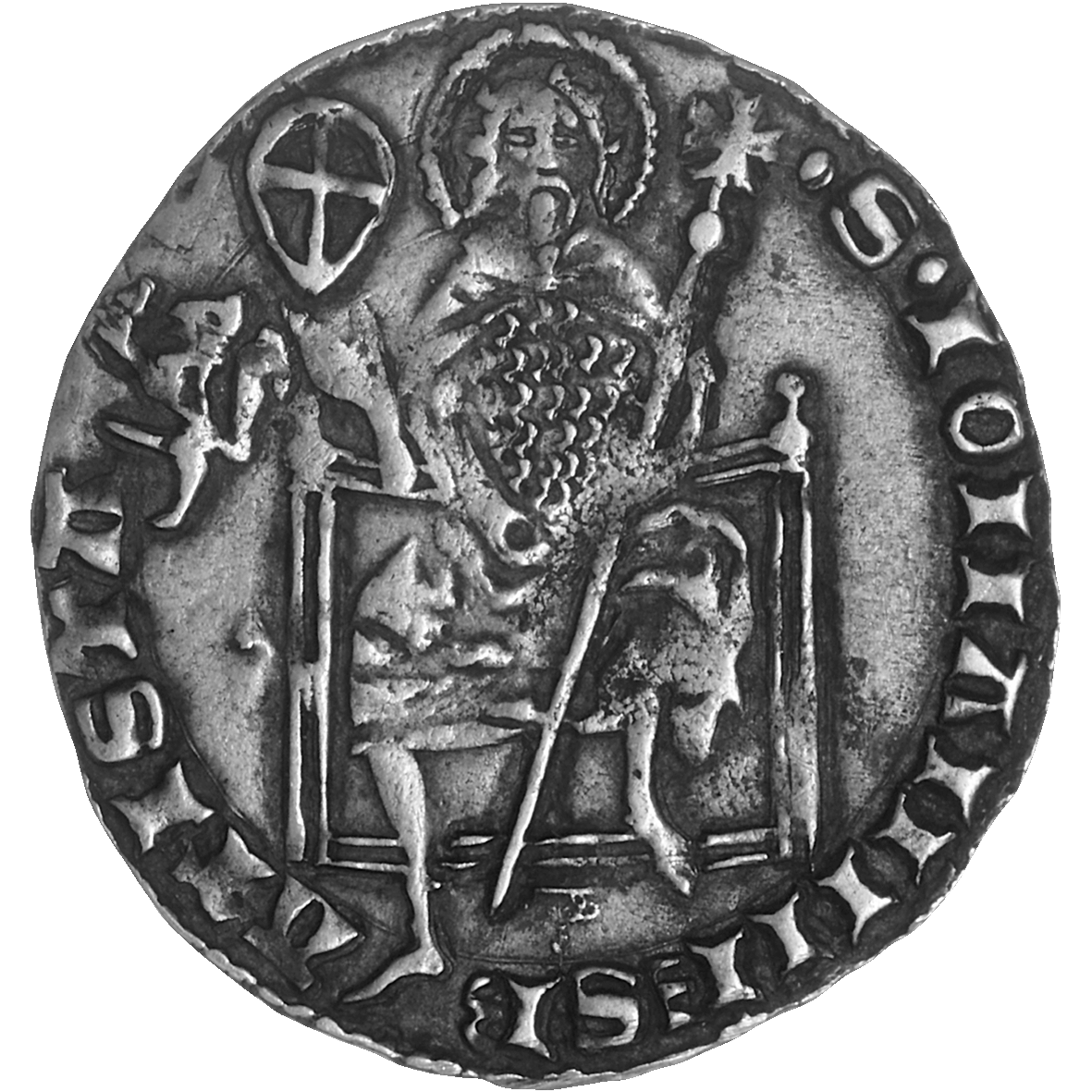 In the year 1252, the small but wealthy town of Florence introduced a gold coin that was soon to become so successful that it was copied throughout Europe. The coin's obverse bore the coat of arms of Florence, a lily flower. The reverse depicted the Florentine city saint John the Baptist. After the image of the lily, the coin was called fiorino d'oro (from Latin flos = flower, and oro = gold).

As a scarcer silver variety Florence issued the fiorino d'argento, a grosso, a groat thus.

The development of new coins in the northern Italian states of the 12th and 13th centuries served as base for the European coinage system of the Late Middle Ages.